colonial secretary, was born on 8 October 1870, son of Alexander Vans Best, a physician from Aberdeen, and his wife Louisa. He was educated at Cheltenham College (where he was head of school) and went as Taylorian scholar to Magdalen College Oxford . He excelled in languages and was a gold medallist of the French Ministry of Public Instruction. He joined the administration of British Central Africa in Nyasaland {Malawi} as an assistant in 1896 and served as juridical officer in Chinde and vice consul. 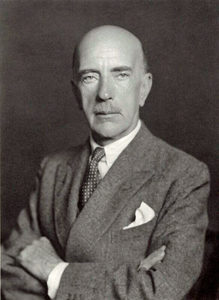 In October 1909 he was appointed to the Falkland Islands as colonial secretary and from December 1909 to September 1910 he administered the government. His son Ailwyn described him as: 'a tall, quiet, rather shy young man ... bald at thirty ... with moustache upturned'; his colleague, St JOHNSTON, described him as 'a dreamer when the mood seized him, but one of the most kind-hearted of men and ever ready to help his juniors'. In 1911 he attended the Imperial Educational Conference and in 1912 was appointed colonial secretary of the Windward Islands. From 1919 to 1925 he was colonial secretary in Trinidad, and lieutenant-governor in Malta from 1925 to 1930. His final post was governor of the Windward Islands from 1930 to 1933. He was awarded the CMG in 1916 and advanced to KCMG in 1932; in 1918 he was awarded the CBE and advanced to KBE in 1926.

In 1904 he married Lady Helena Montagu, the sister of the Earl of Sandwich; she accompanied him to the Falklands, but disliked the tropical posts which came his way. They had one son, Ailwyn (b1907). Best died on 24 November 1941.