explorer, was born in London on 28 July 1913, the son of Andreas Duncan Carse and Florence Marion Carse, née Soames (according to his birth certificate).

He was educated at Sherborne and in Lausanne, before joining the Archibald Russell as a square-rig apprentice.

He served on the third commission of the Royal Research Ship Discovery II as an AB, leaving England late in 1933. The ship was engaged in oceanographic work in the Southern Ocean as part of the 'Discovery' Investigations under the Colonial Office. 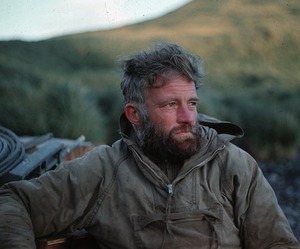 In November 1934 Discovery II was in harbour at Port Stanley when the Research Yacht Penola of the British Graham Land Expedition arrived, outward bound from England. On hearing that the captain expected to be short-handed after landing an Antarctic shore party, the commander of Discovery II allowed Carse to transfer to the expedition; he was its youngest member.

During the first winter, Penola remained in the ice near the expedition base at the Argentine Islands off the west coast of Graham Land. Carse's main job was as deckhand and wireless operator (Morse), but he also took part in depot-1aying journeys to the mainland. In March 1936 the ship returned to Port Stanley, whence she sailed to South Georgia to undergo a refit. She then returned to the Antarctic, and in March 1937 picked up the shore party from its second-winter base in Marguerite Bay. It was not until August that Penola finally docked at Portsmouth. 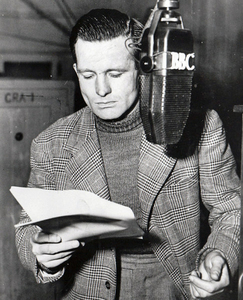 The outbreak of war in 1939 found Carse working for the BBC as a presenter, overseas newsreader and programme announcer; but in 1942 he joined the Royal Navy as an ordinary seaman, passing out top of his cadet training course at Lancing. In fact, there was nothing ordinary about him, for on his jumper he wore the white ribbon of the Polar Medal, gazetted in 1939 for his service on the British Graham Land Expedition. He would recall that the ribbon invariably attracted the attention of inspecting officers who would say: 'Just the man we need for Russian convoys'. In the event, on being commissioned as a sub-lieutenant RNVR in 1943, Carse was sent to a trawler in the Western Approaches where he languished for the rest of the war.

After the war, in 1947, Carse embarked in the Swedish tall ship Passat for her final voyage to Cape Town and during the voyage produced the film Proud Canvas for the Maritime Museum. In 1949, Carse returned to the BBC as a radio presenter and actor and took over the character of Dick Barton, Special Agent, after 600 people had applied for the job. It was not lucrative work and before the series finished (in 1951 it gave way for The Archers), Carse departed in order to prepare for his South Georgia Survey. 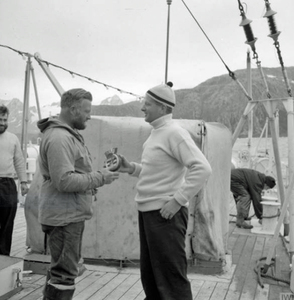 Duncan Carse being presented with HMS...

In four southern summers, between 1951 and 1957, he organised and led the South Georgia Survey. This was a formidable enterprise requiring dogged determination and the abil­ity to traverse mountainous, cre­vassed and mostly untrodden terrain in weather which was fre­quently atrocious. Not himself a qualified topographic surveyor, Carse recruited well-qualified men for all the work.(See Anthony BOMFORD) The survey produced the first proper map of the whole of South Georgia, published by the Directorate of Overseas Surveys in 1958 at the scale of 1:200,000. It remains the standard map of the island and, during the 1982 conflict on South Geor­gia, it was an essential aid to land, sea and air operations.

Carse paid two further visits to South Georgia and was lucky to come back alive. In 1961 'as a per­sonal psychological experiment', he lived alone from February to Sep­tember (the entire southern winter) at Undine South Harbour on the hostile west coast of the Island. In May his hut was destroyed, and many of his stores were swept away by a surge wave. He managed to survive until rescued by the sealing vessel Petrel, and later made a tele­vision documentary film of his experience. 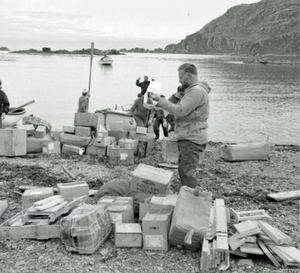 Then, in December 1973, Carse was landed from HMS Endurance at King Haakon Bay, on the west coast of South Georgia. His aim was to retrace Sir Ernest SHACKLETON's famous march in 1916 across the island to Stromness Bay, on the east coast. Carse was defeated by a severe and lengthy blizzard, which caught him high on the glacier; and two weeks later he was forced to struggle back to King Haakon Bay, where he was picked up by RRS John Biscoe. Carse idolised Shackleton, and to some extent saw himself as an explorer in the same mould. And Carse had this in common with the explorers of that age: an acute sense of territory. He regarded South Georgia as his personal estate and those planning private expedi­tions to the Island were well advised to seek his good will and learn from his considerable knowledge.

It was his great disappointment that he failed to win support for his proposal to produce and act the part of Shackleton in a documentary film reconstructing the Imperial Trans-Antarctic Expedition of 1914-1917. 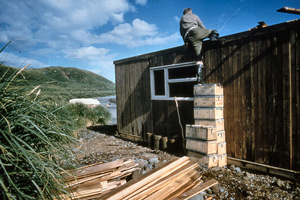 In 1978 Carse took part in the Tall Ships' Race. He continued to work as a pre­senter until the mid-1980s; he also worked on the production side for the BBC, participating in series such as Horizon, The Countryman and Travellers in Time. He revisited his old Antarctic haunts to make a documentary about the work of the British Antarctic Survey. After the Falklands War of 1982, he was commissioned to prepare the Army Expedition Guide to South Georgia.

Latterly, however, he became increasingly disillusioned with life, feeling that his talents had never been fully appreciated. His personal affairs had also been complicated: there were early marital failures, which led to financial problems. However, in 1959 he met Venetia Soames whom he married in 1962. They spent 42 years together and, in marriage, he was able finally to find contentment. 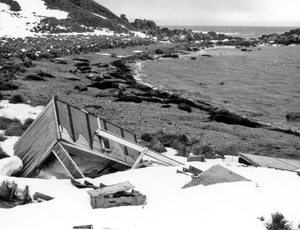 The destruction of Arnow House

In 1992 his morale was greatly boosted when he was awarded a second clasp to his Polar Medal for his work in mapping South Georgia. The unusually long delay in recognition was partly due to the fact that, until 1976, service on South Georgia was not considered eligible for the award of the Polar Medal.

Carse was also honoured in the naming of Carse Point, on the east coast of George VI Sound, Antarctic Peninsula, and of Mount Carse, a 2,300 m peak in the southern part of South Georgia. To his regret, Carse never found the opportunity to make the first ascent of his mountain, an achievement left for Stephen Vena­bles in 1990. 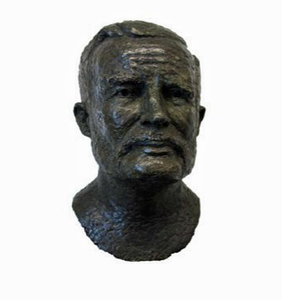 A bronze bust of Duncan Carse (by Jon...

Carse did not seek the limelight. To those who knew him best, he was a man of great integrity, as well as a loyal, amusing but very tough-minded friend and expedition companion, whose endurance in the field few could match.

Carse would have wished to be remembered principally for his work in mapping the island of South Georgia.

Editorial comment:  Carse planned to cross Antarctica. In 1953 Carse developed a proposal to cross the continent of Antarctica. His ambitious but flawed plan lost out to Sir Vivian Fuchs' successful Commonwealth Tran-Antarctic Expedition 1955-1958.

See: The Daily Telegraph obituary 7 May 2004