He joined the Royal Marines and whilst serving on HMS Hero was valet to the Prince of Wales (later King Edward VII) during the Prince’s visit to North America in 1860. By November 1863 he was sailing from England on the Velocidade with a detachment of 20 marines under the command of Lieutenant GH Elliot, bound for the Falkland Islands. 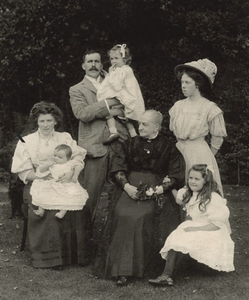 Arriving in January 1864 they took over from the troops of the Falkland Islands Company which was commanded by Captain Molony. It was not a happy posting. A matter of two months later Elliot was complaining to the Governor about the problem of the detachment having to cut and haul peat for use in the barracks. By 1865 the stipendiary magistrate was writing to the governor that ‘Our garrison of Royal Marines has never been equal to its duties owing to its small numbers. Since then two members have been sent home and with the additional loss of one now under confinement allowing also for illness and other contingencies the detachment is at this moment very nearly useless’. 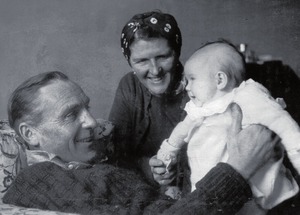 Luxton died in 1881. It seems likely that Mary Ann Luxton was already working as domestic help for Mrs Orissa DEAN who, with her husband George, took the family under their wing. When George Markham Dean died in 1888, Mrs Dean continued to care for the family. She had had no children, and she cared and provided for the fatherless Luxton children as if they had been her own.

Beatrice Luxton married William Lewis of Keppel Island in 1892. Her daughter Orissa (1893-1986) was born in 1893 and her son Markham in 1895. Beatrice died ten days after the boy was born and the children were brought to Stanley to Orissa Dean and their Luxton grandmother. In due course William Lewis, who had gone to farm in Patagonia, remarried and took his son back there, where the Lewis family is to be found today. Orissa Lewis remained with Mrs Dean. In 1916, she married Reginald Carew POLE-EVANS who was the manager of Port Howard station and they had two sons, Douglas Markham POLE-EVANS (1917-1992), Anthony Reginald (b1919), and a daughter Audrey Orissa (1918-1975). Most of their descendants are living in the Falklands today.

This is a family of farmers. William Henry Luxton started work at Port Stephens and then moved to Chartres, both of which were Dean properties. He inherited a two third share of Chartres station from Orissa Dean, and subsequently his grandson William Robert (Bill) bought the remaining third. Both of his daughters married farmers, and his eldest son Keith and then his grandson Bill farmed Chartres after him.

William Robert (Bill) Luxton (b.1940) married Hilary Marsh and they had two sons - Christopher and Michael. They divorced in 1968 and Bill subsequently married Patricia (Pat) Fielder in 1970, and they had one son - Stephen.

The Duke of Edinburgh (second...