farmer, and his twin sister Gwendolin Estelle (Molly) were born in Somerset on 22 October 1903, children of Howard Clement and Mabel, née Bertrand.

The twins were baptised in the Falklands by Dean BRANDON. Clement had an older sister and two younger brothers, all born in the Falklands. Clement was brought up at Roy Cove, the station owned by his grandfather, William Wickham BERTRAND, and managed by his father. He was a child of his time, growing up in Camp in great freedom, learning to ride, shoot, and row or sail a dinghy. The children were taught by their mother or a governess until 1916 when Mrs Clement took all the children to England to school. 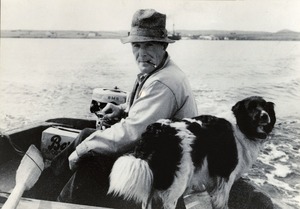 Returning to the Islands in 1921, Clement began work at Roy Cove, gradually taking on more responsibility from his father as the years went on. He was very disappointed not to be appointed manager when his father retired in September 1933.

Clement was appointed government stock inspector on 1 September 1933: his salary of £300 a year was supplemented by a £12 horse allowance, but he brought his own horses over to East Falkland. At this time scab* was still affecting sheep in the Islands, as well as ked*. Clement travelled widely, visiting farms while sheep were being shorn or dipped, and very often helping with the gathering and thus getting a good look at the flocks. It was also his job to personally oversee the quarantine and dipping at regular intervals of imported sheep. 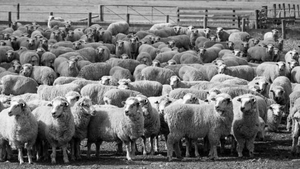 His diary for the first three weeks in 1934 gives an idea of the hundreds of miles covered. He went to Port Louis, Johnson's Harbour, Rincon Grande, Salvador, Douglas Station, Darwin, North Arm and then by boat across to Port Howard on the West Falkland, and on to Chartres.

Clement became manager for Packe Brothers Ltd in May 1934, taking over from HV Cobb. This was a very difficult station to run, consisting as it did of three sections, namely Dunnose Head, Packe's Port Howard and Fox Bay East. Although based at Fox Bay travelling was part and parcel of the job, and Clement spent many hours on horseback as he rode from one section to the next, taking part in the work and conferring with the overseers. 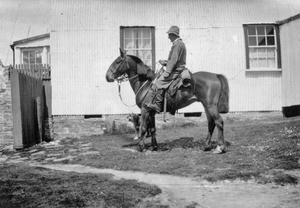 Clement was married in 1935 to Viola Mary (Babs) Luxton of Chartres, and they had two children, Sally Gwynfa (b1942), and Judith Orissa (b1945). Before the air service, Fox Bay was the main port of call for the mail boats and many people were offered hospitality as a matter of course as they rode in to catch the mail boat, or landed from it.

The early years were difficult: farming was in a bad way and there was no money for badly needed repairs, while the farm was stocked with Romney sheep which produced extremely coarse wool. Eventually New Zealand Hill Merino rams were imported and these were the foundation of the excellent sheep bred on the station. 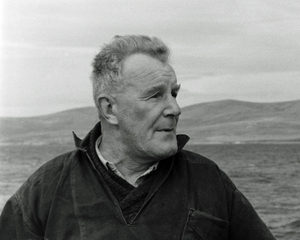 In 1960 Clement rather wistfully said: 'If only I could start all over again with the sheep I have today'. Respected for what he did rather than who he was, he was known as a very good stockman whose ability to pick top-class breeding stock was acknowledged by his peers. A good judge of character, he did not suffer fools gladly, and an often-heard exclamation of irritation was 'Goddammit man, do it this way!'

Clement was appointed to ExCo in 1950 and served for four years. When he retired to Stanley in 1967 he was nominated to LegCo in 1968. His interest in sheep and Camp matters continued for the rest of his life.

Editorial comment:  The fine portrait of Wick Clement seen in image 1377 was taken by Dr. Colin Cunningham, who was a keen amateur photographer. Captain Cunningham, Royal Army Medical Corps. was seconded to the Falkland Islands Dependencies Survey, and was scheduled to join Base 'E', but before he could depart for the Dependencies he was transferred to West Falkland Island because the resident doctor at Fox Bay became suddenly very ill. Cunningham started work on West Falkland in April 1959 and he served as the West Falkland doctor until March 1966; he was accompanied by his wife, Marie.  During his service in the Falklands two daughters were born in Stanley in 1960 and 1962.  Cunningham was the doctor who made the transition from a horse as a means of transport to a Land Rover.