baron and visiting minister, was born on 5 December 1919, the son of Arthur Gwynne Jones and Eliza Alice, née Hardman, and educated at West Monmouth School.

He was commissioned into the South Wales Borderers in 1940 and served in Burma and, after World War II, in Malaya, where he was awarded the MC in 1957 and in Cyprus.

In 1964 the new Labour government appointed him Minister of State at the Foreign Office and elevated him to the peerage as Baron Chalfont. He was also appointed Privy Councillor. In 1966 Chalfont was made minister responsible for British European policy. 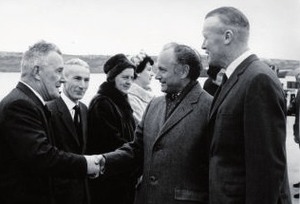 In 1968 Chalfont accompanied the Queen and the Duke of EDINBURGH on state visits to Brazil and Chile, and as the royal party began their return journey, the Foreign Office announced that he would visit the Falkland Islands - the first visit by a British Minister. Accompanied by Sir Arthur Galsworthy, the senior official responsible for dependant territories, Chalfont sailed from Montevideo in HMS Endurance on 19 November, arriving in Port Howard on 23 November, where he was greeted by Islanders in what he assumed was a traditional welcome - only to see that their placards read 'Chalfont go home!' Despite this, the Islanders were unfailingly courteous and Chalfont met about sixty people in the village hall. He sensed that the profusion of Union Jacks was more than an expression of imperial nostalgia. The Islanders clearly felt a deep insecurity about the future.

Chalfont's task was not merely to emphasise to Islanders that there could be no change in sovereignty against their wishes. He also hoped to convince them that maintaining the status quo was not in their real interests; permanent isolation from Argentina and a refusal even to negotiate was damaging to their own economic interests and could be dangerous in the longer term. Britain was no longer the great imperial power, but if the Islanders could bring themselves to face the future realistically they could rely on the British government to defend their rights and allay their fears about closer ties with Argentina. 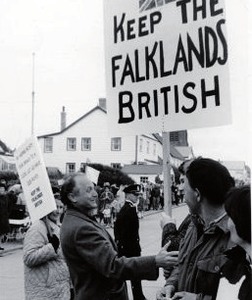 81 Getting the message: Chalfont in...

A series of meetings was held in Stanley, with bodies ranging from ExCo to the Sheep Owners' Association. Chalfont set out the 'agreed position', which was within sight after 18 months of negotiation with the Argentine government. This would provide for practical steps to improve communications which both governments hoped would lead to a wider rapprochement, while the sovereignty issue was left on the side.

While many members of ExCo were opposed to any change, after a further day of talks, a majority accepted the London position. Chalfont made a broadcast to Islanders, repeating that no change in sovereignty could take place without their agreement, ultimately safeguarded by parliament. 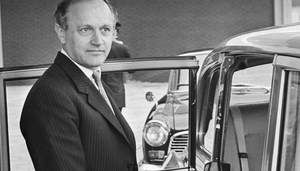 The party sailed for Buenos Aires, where they arrived on 1 December with no optimism for the future of the Islands and a strong sense that they were a bizarre anachronism. Talks with the Argentine foreign minister Nicanor Costa Mendez did little to brighten the mood. Argentina continued to take a very hard line on sovereignty and refused to accept the primacy of the Islanders' wishes and the principle of self-determination.

On his return to London, Chalfont faced ritual accusations of 'betrayal' from certain sections of the press and the Conservative opposition. In retrospect, he believes that the crisis in 1982 could have been avoided if the British government had been more flexible with Argentina and if governments had not simply handed control of policy to the Islanders. 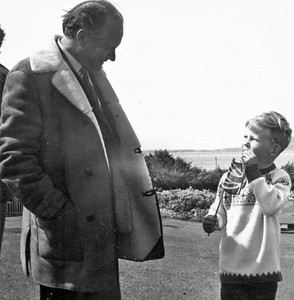 Writing in 2000, Chalfont maintained that 'the position of the islanders is politically and economically untenable in the long term. It is as clear today as it was when I left the Foreign Office in 1970, that some accommodation with Argentina will one day be necessary'.

After leaving government in 1970, Chalfont concentrated on his business interests, becoming a director of IBM United Kingdom, and of Lazard Brothers, the merchant bankers. He was chairman of Vickers Shipbuilding during the construction of Britain's Trident fleet. His visits to South America cemented his lasting interest in the region and from 1975 to 1980 he was president of the Hispanic and Luso-Brazilian Councils at Canning House. 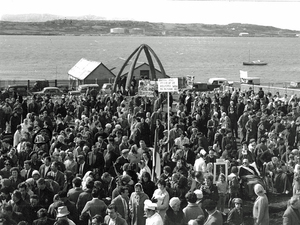 Protest on Arch Green during Lord...

He has written several books on defence topics and a memoir The Shadow of my Hand in 2000. He was awarded the OBE in 1961.

Chalfont's visit in 1968 was the first occasion on which it became clear to people in the Islands that the old colonial status quo was ending and that they and the British government no longer saw their future in the same way.

Lord Chalfont retired from the House of Lords 10 November 2015.

Editorial comment: A G BARTON (see DFB biography), one time Colonial Manager of the Falkland Islands Company made the following comment after meeting Lord Chalfont: 'In retrospect it seems as if Lord Chalfont was sincere during his visit here. I have read Hansard for 11th to 13th Dec. and both he and Mr STEWART spoke the whole truth and nothing but the truth. The ministerial visit was well worthwhile and should have taken place years ago. Lord Chalfont is a remarkable clever man, never ruffled, never pompous or boring … I used some pretty harsh words across the Council table to Lord Chalfont for which I apologised profusely presently, but he took it all in good heart and he got the message which was the main thing.'