manager and councillor, was born in London on 8 May 1901, the third son of the Rev John Bernard Barton and Susan Theresa Barton, née Thornton, in a family of seven.

He was educated at Haileybury. He was offered employment in the Falkland Islands by CGA Anson, an Old Haileyburian, to work as a cadet at Chartres, and arrived in RMS Orita on 19 October 1921. In a letter written fifty years later he records how he landed almost penniless having used the £5 given by his father to tip the stewards. When he arrived, Will Luxton, Anson's partner, had no knowledge of his appointment. However he settled in quickly; nearly fifty years later he was still helping his son David lamb-marking at Teal Inlet. In a letter to Bernard his elder brother he wrote: 'I always enjoy marking, up at crack of dawn and 12 to 15 hours in the open, quite often in hellish weather. You can think of me drinking scalding tea surrounded by lambs' tails and snippets from their ears'.

In 1923 TG SLAUGHTER, colonial manager of FIC in a letter to Head Office recommended him as assistant manager at North Arm. 'He has had two years experience and is I hear a very capable hardworking man and very highly spoken of by Mr Luxton'. He was appointed in the same year and spent three years in the 'unique solitudes of Lafonia'.

Three years later he became manager of Dean Brothers' property of Pebble Island, Keppel and other smaller islands. It also included Grand and Steeple Jason Islands for which he had a particular affection. In 1927 he married Dorothy Iowa Felton whose parents were George (Jack) FELTON and Winifred, née Rowen. During the seventeen happy years he spent at Pebble their two sons were born, David (1929), and Michael (1934). In 1931 he was appointed JP. 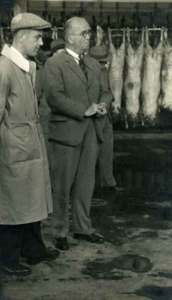 In 1943 the Barton family moved to Teal Inlet, the Felton property, but after seven years Barton was appointed colonial manager of the Falkland Islands Company, a post he held for fourteen years, with responsibilities affecting not only the widespread Company estates but also every aspect of farm supply, shipping and general trading.

In 1947 he became a member of LegCo and of ExCo on which he remained until 1974, a unique achievement. During this period he was awarded the Coronation medal, and the OBE followed by the CBE in 1955. He was made a Chevalier (first class) of the Norwegian Order of St Olav in 1959, in recognition of his consular services to the Norwegian Government. 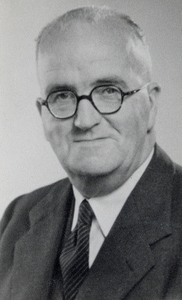 Barton served under five governors, CLIFFORD, ARTHUR, ARROWSMITH, HASKARD and LEWIS, all of whom valued his experience and advice. They found that he had strong views which he did not hesitate to express but he had the welfare of the whole colony at heart and his firmness was tempered by a well developed sense of humour which was never expressed at the expense of other people. He believed that the most significant internal event during his period on ExCo was the introduction of the Falkland Islands Government Air Service in 1949. In October 1966 a DC 4 of Aerolineas Argentinas on an internal flight in Argentina was hijacked by the CONDOR group and with little fuel left landed on the Stanley racecourse. The Governor was away and Les GLEADELL the colonial treasurer and acting governor immediately consulted Barton. During the following days Barton, who was an excellent broadcaster and regularly interviewed visitors to the Islands, gave a series of five broadcasts which kept everyone informed. This concluded with a commentary from the broadcasting hut at the Stanley racecourse when the empty aircraft piloted by Ernesto Garcia made a successful takeoff. 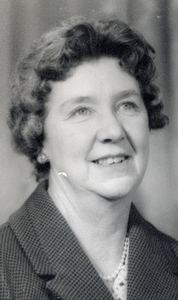 In February 1968 Governor HASKARD returned from a special visit to the UK to inform ExCo that a Memorandum of Understanding had been reached between the officials of the Argentine and British Governments relating to the sovereignty of the Falkland Islands. The four unofficial members of Council, led by Barton, broke their oath of secrecy to make a direct appeal in writing to every Member of Parliament, drawing their attention to what was happening. Barton then went to the UK to face a gruelling period of political action and media coverage, supported by an Emergency Committee set up in March and comprising Members of Parliament of all parties and Falkland supporters. The outcry in Parliament resulted in a pledge that no transfer of sovereignty would take place against the wishes of the Islanders. This was a major achievement because early assurances were in respect of the 'interests' of the Islanders. It was also promised that a minister would visit the Islands and in November 1968 Lord CHALFONT duly came. Later in 1968 'Barty', as he was affectionately known, took a positive view. A letter written to his brother Bernard illustrates many of his qualities:

All our efforts have been directed towards keeping the Falklands British and we have succeeded so far. What a battle of words and interpretations of same it has been! Far be it from me to praise Harold's [Wilson] administration, for it was he who started the rot 2 years ago when he agreed to discuss sovereignty, but in retrospect it seems as if Lord Chalfont was sincere during his visit here. I have read Hansard for 11th to 13th Dec. and both he and Mr STEWART spoke the whole truth and nothing but the truth. The ministerial visit was well worthwhile and should have taken place years ago. Lord C is a remarkable clever man, never ruffled, never pompous or boring. No wonder the Guardian correspondent wrote '...Even the terrible old gang of sheep-owners who have misruled the colony for years had to admit that they more than met their match, prompting the irreverent thought that if they are going to be sold down the river, they would prefer it to be done by a Lord'!!...I used some pretty harsh words across the Council table to Lord C for which I apologised profusely presently but he took it all in good heart and he got the message which was the main thing. 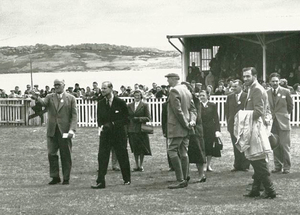 In Chalfont's report to the Cabinet in London he described Barton as representing the right wing of ExCo and its most experienced member, enjoying great prestige in the Colony. He added that Barton 'is able but irredeemably reactionary'. Chalfont faced a hostile reception upon his return. He has since disclosed that the Cabinet was then in favour of ending the sovereignty dispute with Argentina, so Barton played a crucial role in ensuring the Islanders have the freedom that they enjoy today.

Barton retired from service on ExCo in January 1974 and died on 13 July 1974. Christ Church Cathedral where the Bartons had worshipped regularly was filled to overflowing for the funeral, for Barton was held in great affection and respect by all those who knew him and Governor Lewis recorded ' the Colony stood still'.