entrepreneur and politician, was born at San Carlos on 21 April 1896, one of eleven children of Arthur James Barnes, a shepherd and his wife Margaret, née Bonner.

As a young man Jack Barnes worked as a foreman for the Public Works Department, busy at that time improving the sanitation and water supply to Stanley and constructing streets. He was also a dedicated member of the FIDF and volunteer fire brigade. 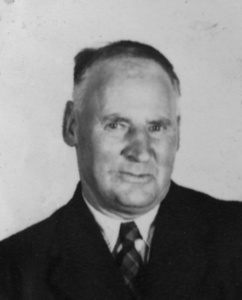 In 1924 he imported the first motor lorry into the Falklands, a Ford Model 'T', with which, among other activities, he provided Stanley residents with novelty rides in the back along Ross Road at 6d per head [2½ pence]. Immediately after World War II, together with Ernest Luxton, he operated a construction gang which mainly specialised in jetty construction. The majority of farms had their jetties renewed or renovated under the supervision of Jack and Lucky and other work included the complete reconstruction and lengthening of the FIC East Jetty in 1956 and the laying out and construction of Crozier Place.

Barnes was very active politically. He was a founder member of the Falkland Islands Reform League in 1920 and the moving spirit behind the Labour Federation (later to become the General Employees Union) in 1943. 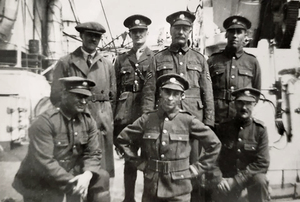 He was a very hands-on, no-nonsense individual, who loved debate and discussion on any subject. He was always a champion of the underprivileged and those in need. He was a keen gardener, as the neat appearance of his property at 2 Dairy Paddock Road demonstrated. His workforce were always mimicking him behind his back with his custom of beginning sentences 'Ho, ho, I think what...' His only bad habit was to chew tobacco which he spat out, much to the disgust of his workmates.

Jack Barnes married Winifred Anne Carey in 1930. She died in 1945 and in 1950 he married Jack King's widow, Mabel Annie King (née Sarney). There were no children of either marriage. Apart from holidaying overseas a few times and travelling to study labour relations, he was to spend his entire life in the Falklands.

He was a highly thought of and respected member of the community, who had the courage of his own convictions and was known for his hard work and concern for others.

Jack Barnes could have been related to my family from the several members who migrated around the British Empire and Commonwealth from 1830 onwards. The Barnes family have four main branches spread from Cheshire, Lancashire, Suffolk and Hampshire. I suspect a link to the family heritage at Fressingfield in Suffolk. The Barnes Family took its name from the local dialect pronunciation of the infamous Baron Sir Ralph De Berniers Dynasty. His grandson had his head chopped off and so the brother adopted Bernish/Barnish and soon spelt as Barnes. The London connection is proven and the family seat was originally West Horsely manor near Guildford. Ralph de Berners was an Adjutant under William The Conqueror's brother a couple of years after the 1066 Invasion of England. The main Barnes family were involved in farming and trade-route shipping throughout the 1750s to 1950s. They were victualers and wine sellers too. Let me know if the direct English connection can be found.