Norwegian gunner and whaling manager, was born on the island Vestre Bolærne, on 7 October 1880, the son of Bernt SØRENSEN.

He started his career at sea early, first as able seaman apprentice with his father, whaling in the north. In 1902 or 1903 he worked as a gunner off Iceland, owning a catcher called Ingebjørg and later the Lauritz Berg. By 1907, he was also a main shareholder of Tønsbergs Hvalfangeri A/S. He was employed as manager, 27 years old, for the expedition to South Georgia. The factory ship was Bucentaur and the two catchers, Mathilde and Carl. His father Bernt was gunner on Carl, and his uncle Søren was gunner on Mathilde. 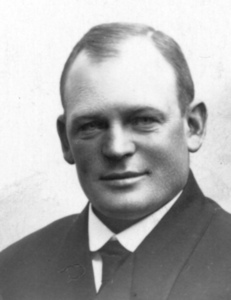 Søren Berntsen worked as manager at Husvik Harbour from the start of operations in 1907, until 1917. In this capacity he received the explorer Ernest SHACKLETON when Thoralf SØRLLE brought him round from Stromness on 21 May 1916. Berntsen ensured that the whale catcher Southern Sky was promptly prepared to sail to rescue the rest of the party from Elephant Island - unsuccessfully as it turned out.

In 1917 he started a whaling company and operated from Ireland. This was not a success, and in 1922 he was back in Tønsbergs Hvalfangeri A/S as a manager on the expeditions with the factory ship Orwell (I) to South Orkney. On the way from South Georgia to Borge Harbour {Bruce Bay} at Signy Island, they always stopped when they arrived at the sea ice. At these stops, they successfully undertook 'pelagic' whaling. In Whaling History by Tønnesen, Søren Berntsen has been called 'the father of pelagic whaling'. 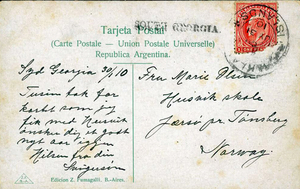 He was manager for the South Orkney expeditions up to 1930-31. During the season 1934-35 he was a gunner with the 'Svend Foyn' expedition. In 1934 he started once again as manager, but this time in a company called 'Skytteren A/S'. The factory ship Skytteren was a 'modern' factory ship designed for pelagic whaling. The season 1937-38 was his last season.

He suffered a stroke in September 1938, and was partly paralysed with impaired speech. He died on 9 September 1940.

Søren Berntsen was a keen photographer and diarist, writing regular letters to his wife. Many of his pictures, diaries and letters have been preserved by his family and present an interesting record of the life of a whaling manager at that time. 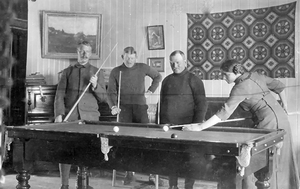