ambassador and viscount, was born in Belfast on 10 May 1838, the son of James Bryce and Margaret Bryce, née Young. During a distinguished academic career, Bryce undertook several long journeys in Russia and the Near East, publishing his impressions. 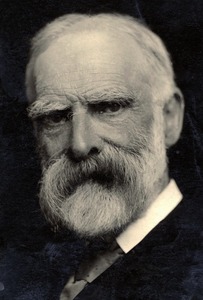 He entered politics and served in several Liberal administrations, notably as president of the board of trade (1894-5) and chief secretary for Ireland (1905-6). In 1888 he had published a study of American politics - The American Commonwealth - after several visits to the United States and in 1907 he was posted to Washington as ambassador, where he remained until 1913.

During this time, in the last months of 1910, Bryce embarked on a four-month tour of South America, from Peru round to Uruguay, including a stop of one day, 4 October, in the Falkland Islands while sailing from Punta Arenas to Montevideo on board the RMS Oropesa. In his book - South America. Observations and Impressions, published in 1912 - Bryce records his fairly conventional opinion of the Islands. He had never seen 'any inhabited spot that seemed so entirely desolate and solitary and featureless' and he noted that 'the colony is one enormous sheep farm, probably the biggest in the world'. Of Stanley he wrote: 'all was plain and humble, but decent and not without a suggestion of internal comfort', and Government House seems to have cheered him: 'inside we found a cheerful little drawing room with a cheerful blaze in the grate, a welcome sight to those who had not seen a fire during three weeks of almost constant cold'. He walked up Sapper Hill with Acting Governor TAV BEST. 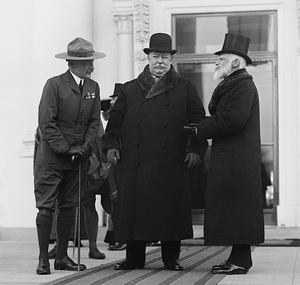 Although he also visited Argentina ('a nation in the making, not yet made'), Bryce did not mention that country's claim to the Islands.

Created viscount in 1914, he became an advocate of the League of Nations during World War I and died in Sidmouth on January 1922. He married Marion Ashton in 1889; they had no children.

John Seaman, Jnr; A citizen of the world: The life of James Bryce; London; 2006