colonial secretary, was born in 1865 and educated at Edinburgh Academy, Stonyhurst College and the University of Paris. He lectured in languages and English literature at Paris and in 1900 joined the education department in Malta. In 1904 he joined the education department in St Lucia, becoming a member of the legislative council there in 1906. In 1915 he was posted to the Falkland Islands as colonial secretary, to administer the government after the departure of ALLARDYCE and before the arrival of YOUNG. 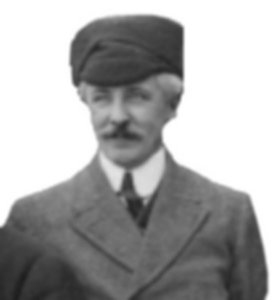 Condell arrived at Stanley on 21 March 1915. A month later he wrote a thoughtful review of the administration of the colony in his despatch of 25 April. For a long period there had not been a colonial secretary in the Islands. In his office, only the office boy had more than two months experience. Condell found a lack of departmental responsibility and a reluctance to contradict the head of the administration. Money was spent freely and without reference to the estimates. These faults no doubt reflected the strong personality and long term in office of Allardyce.

In May 1918 Condell left for South Georgia, intending to return via Montevideo. Once in Uruguay, he found difficulty in finding a ship back to the Falklands. Governor Young recalled Condell's 'desperate longing to get away from this Colony' and suggested he take long leave. The Colonial Office, surprisingly sympathetic, offered Condell the post of commissioner at Montserrat. He retired from Montserrat in 1922. His pension was still being paid in 1944. His commissions are held in Yale University Library, Connecticut.