German zoologist, writer and film director, who visited South Georgia in 1931 to collect biological samples for museums, was born in Berlin-Schöneberg in 1901, where his father Otto Dautert (d.1911) worked as merchant. Erich Dautert left secondary school and went to West Prussia (today part of Poland) for agricultural training in 1919. A year later he started his studies of agriculture at the Agricultural University in Berlin and passed the examination of an academic advisor in 1922. He received the diploma of agriculture two years later. This detour allowed him to study biology at the Friedrich Wilhelm University at Berlin from May 1925 onward and to work at the Zoological Institute with Prof Dr Karl Heider and after 1926 with his successor Prof Dr Richard Hesse. He finished his studies in 1928 with a dissertation on the formation of cotyledons (seed leaves) in paludina vivipara (river snails). 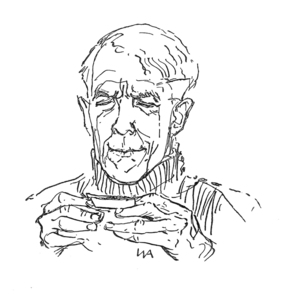 Dautert applied successfully for a job at the Zoological Section of the Museo de la Plata in Argentina, where the German Robert Lehmann Nitsche was head of the Anthropological Section of the museum and moved to Argentina in 1929. He became head of the Department of Zoology and professor at the Universidad Nacional de La Plata. His appointment at the museum and his professorship were strongly criticised by graduates of the University of La Plata, (as the director of the historical archives of the museum, Irina Podgorny, has confirmed to the author). To avoid conflicts, the director of the museum commissioned Dautert to collect marine animals in Mar del Plata, the main seaside resort of Argentina.

This work was boring for Dautert and he proposed to extend his studies to South Georgia, where he wanted to stay at the whaling station of Grytviken for the summer season with the aim of collecting specimens for various natural history museums. After several attempts he and an unnamed assistant (possibly of German origin), were fortunate to receive a passage in the three masted barque Tijuca (Dautert named this ship the Jujuy in his book 'Big Game in Antarctica')  of the Argentine whaling company Compañia Argentina de Pesca which left Buenos Aires on 6 February 1930. En route to South Georgia, they encountered very heavy storms, which slowed their voyage. 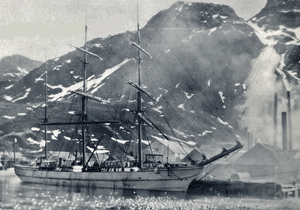 The barque Tijuca at Grytviken

During their first weeks in South Georgia, they explored the surroundings of Grytviken filming and taking pictures, before they were invited to join a 12 day sealing trip on a little steamer, which was interrupted by some storms. Afterwards they participated in a reindeer hunt on the Barff peninsula close to Grytviken. Then they boarded a whaling ship and observed the technique of whaling for some days. Finally, when the whaling season was ended, the station manager placed a whaling ship at Dautert’s disposal, as he wanted to kill at least two sea elephants, some leopard seals, Weddell seals, as well as king penguins and albatross. These were not only for the Museo de la Plata, but also as trading specimens for the men who had helped Dautert at Grytviken. (Stuffed birds, especially king penguins were very popular souvenirs for whalers and seamen at that time). As he had an official permit to hunt, nobody cared which and how many animals Dautert really killed.

After 24 days, they returned having had a successful trip and with just enough time to pack everything before they left South Georgia on a Norwegian steamer together with the summer whaling team from Grytviken. In April 1930 they arrived in Montevideo. Although Dautert had collected some samples of the South Georgia fauna, he did not send the promised report of his journey to the Museum publications. 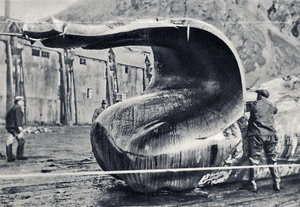 Flensing a sperm whale at Grytviken...

Finally, Dautert left Montevideo and returned to Europe in May or June 1930. When he settled in Berlin, he first wrote a well-illustrated report of his visit in South Georgia in a popular magazine: “Ein Land ohne Frauen: Süd-Georgien” (A Country without Women: South Georgia. Koralle 4 (1931), pp. 167-170). A very comprehensive book including 26 black and white pictures of his so-called ‘two-man biological expedition’ was published in German (Auf Walfang und Robbenjagd) in 1935 in which he describes whaling and sealing at Grytviken in great detail, but without mentioning people by name. An English translation was published two years later under the title 'Big game in Antarctica' (Bristol: Arrowsmith, 1937).

Then Dautert’s trail becomes lost: however, at the end of the 1930s and in the 1940s he made some documentary films on Iceland and Norway and also some short fairy tale films. He wrote two more books on Iceland (1939) and the race to the sixth continent (1954), although the later was heavily criticised by members of the first German South Polar Expedition (1901-1903), because Dautert was inaccurate in many passages and belittled their achievements.

There is an indication that Dautert lived in Hamburg in the 1950’s and became interested in affordable housing after World War II, possibly working for the Hamburg building authority. When and where he died is unknown.

Shipping records of the Argentine whaling company Compañia Argentina de Pesca, confirm that Dautert sailed in the Tijuca and that the ship arrived at Grytviken on 6 March.1930.

The three masted barque Tijuca was in commercial service for a remarkable length of time. The barque was built in Nantes, France (747grt) in 1866 as a training ship for the French Navy. Compañia Argentina de Pesca bought the vessel in 1908 and she remained with the company until 1942, when she was sold to another Argentine shipping company.  The ship was wrecked on 20 July 1946 - 25 miles north of Rio Grande, Brazil - while carrying coal. There were no casualties.