landowner, was born in the Falkland Islands in 1893, the second son of John Hall DEAN and Eliza, née Thomas.

In August 1915 he left the Islands with his elder brother George Thomas DEAN to join the Royal Field Artillery and was commissioned as second lieutenant in January 1916. In March 1917 he was awarded the Military Cross for 'conducting his ammunition wagons through a barrage of gas shells ... and getting them away without disorder or casualties'. 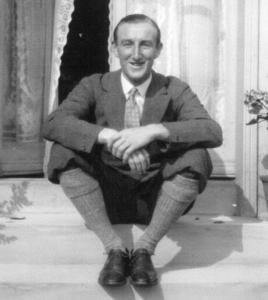 Postwar, and after the death of his father in 1920, he managed Pebble Island Station jointly with his brother George. He married Sybil Bennett; there were no children.