Camp teacher and fascist, was born in Ebbw Vale, Wales on 15 September 1915 to a farming family. He was educated at West Monmouth School and became a teacher. In 1934 he attended a Blackshirt rally and embraced fascism, visiting Nazi Germany in 1937. 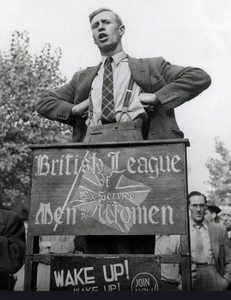 He became a Camp teacher in the Islands just after the outbreak of World War II, but within a few months was arrested at Port Sussex on a charge of spreading fascist views among the children he taught. He was held for some months on the Fennia in Stanley harbour and then sent to an internment camp in South Africa.

After some war service in the Royal Armoured Corps, he re-entered street politics and became an effective orator in the anti-Semitic and racialist campaigns of the British Union Movement.

'With other ex-BUF members, Hamm formed the British League of Ex-Servicemen and Women which, in addition to campaigning for the welfare of former members of the armed services, also sought to support Oswald Mosley. At a meeting in November 1947, held at the Memorial Hall in Farringdon Street, representatives of 51 organisations including the League met to appeal for Mosley to return to politics and to form a new organisation. Jeffrey Hamm spoke at this meeting and offered to merge the League into a new movement under Mosley's leadership. This new party formed in 1948 was known as 'Union Movement'. In 1949, Jeffrey Hamm became the local Union Movement officer for Manchester. He subsequently returned to London and helped Mosley campaign in the 1959 North Kensington by-election. Hamm assisted Mosley with the production of his memoirs (published in 1968 under the title 'My Life') and stood as Union Movement candidate for Handsworth, Birmingham in the 1966 election. Mosley retired from active leadership of the Union Movement in 1966, but under the direction of Jeffrey Hamm, the party continued, changing its name to 'Action Party' in 1973 and later to 'Action Society' … The Union Movement finally dissolved in 1994, following the death of Jeffrey Hamm.' (from the citation accompanying Jeffery Hamm's papers  lodged at the University of Birmingham's Cadbury Research Library) 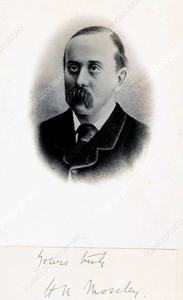 Jeffery Hamm died on 4 May 1992. Despite his violent views, his former pupils remember him as a pleasant teacher.

The Jane Cameron National Archives has a collection of cuttings from various newspapers, and from The Sunday Telegraph 6 February 1986 we learn that after 46 years since Jeffery Hamm was arrested at Port Stephen, he finally discovered the reason behind his detention: ‘It is 46 years since he [Hamm] was detained in the bleak outback of the Falkland Islands, where he was a travelling teacher for the Colonial Service. He was held, almost certainly after an MI5 investigation, and sent to a camp in South Africa. On Thursday Mr Hamm, now 70, found that the authorities had offered no evidence for his arrest. A previously closed file shows that he was held for unsubstantiated claims that he promoted fascist views to islanders and children in his care.

Officials at the time described him as having a “venomous pen. "All these allegations he strenuously denies. “The file shows no evidence was offered” he told me. “The Falkland Islanders in those days would not have had the faintest idea what I would have been talking about anyway. I have absolute contempt for the people who were responsible, knowing that it was a squalid racket. There was no possibility that any of us would have ever sided with the enemy. It still makes me angry to think about what happened”.’ 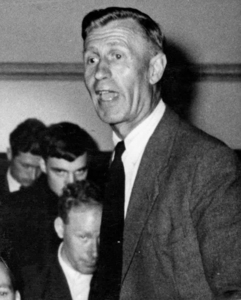 See:  The papers of Jeffrey Hamm at Birmingham University library

See:  For the complete text of the FI Government file on Jeffery Hamm

'A Mosleyite sees files on his past'  Sunday Telegraph; 14 February 1986

Jeffrey Hamm was my friend. He was not detained in WW2 for spreading fascism among Falklands children. The files at the National Archives make it clear that he was falsely denounced by another fascist woman who was staying at the same boarding house in London as Jeffrey. She was scared that she was going to be detained under Regulation 18b and sought to ingratiate herself with the authorities by making false accusations against Jeffrey. Vernon Kell, the head of MI5, ordered his detention for this reason and it was found he had moved to the Falklands. So the order for his arrest was transmitted to the Falklands, it had nothing to do with spreading fascism among children. On his release Jeffrey served with distinction in the Royal Tank Corp, his commanding officer's comment on him was "Hamm is an excellent trooper, I wish I had a few more like him."
I found Jeffrey to be a gentleman of the old school who did not judge people by their race or religion. I never heard him make an antisemitic or anti-black remark. Indeed there were Black friends at his funeral. Throughout his life Jeffrey was motivated only by the desire to halt the decline of the country that he loved and was prepared to defend his right to free speech with his fists against those who sought to silence him with violence.