Norwegian whaling manager, was born in Nøtterøy, near Tønsberg. He went to sea early and, having landed in America, spent 11 years as a salmon fishing inspector and timberman in Alaska and Seattle.

In 1911 he came to Leith Harbour as foreman to Henrik N HENRIKSEN, succeeding him as manager in 1918. Hansen became the key figure in Salvesen's large whaling operations, not only managing Leith Harbour but also planning and advising on their pelagic expeditions. 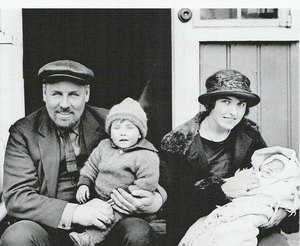 The so-called 'King of South Georgia'...

He was often described as the king of South Georgia. Strong but generous-hearted and humorous he could take much of the credit for the smooth running of Leith Harbour during those years and for the quality of Salvesen's Norwegian crews and gunners.

After retiring from South Georgia in 1937 he still took a strong interest in the development of Norwegian whaling and by careful investment in shipping companies built up a significant fortune. He left much of this on his death to fund retirement homes for seamen in Nøtterøy; these have flourished. 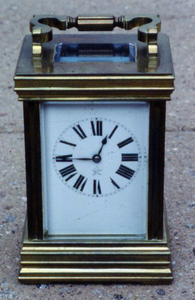 1322 A carriage clock presented to Hansen...

In 1998 Legangers Hansens Legat (Endowment) had funded 90 apartments for retired seaman and 20 sheltered houses for the municipality Nøtterøy Kommune.