whaling manager and industrialist, was born on 24 December 1923 in Edinburgh, the second son of Surgeon Captain JS Elliot RN and Magda, neé Salvesen. He was educated at Marlborough College and New College Oxford. He served in the Indian Army 1942-1946 as a captain in the Frontier Force Rifles. 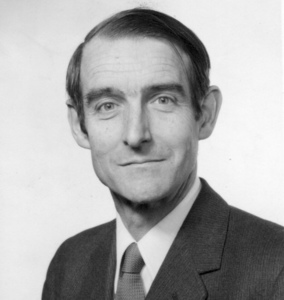 In 1948 he joined Christian Salvesen & Co, the shipowning and whaling company, retiring as Chairman in 1988. During that period, after concluding its Antarctic whaling operations in 1966, Salvesen moved into fishing, cold storage and distribution, housing and portable power while retaining its merchant shipping fleet.

In South Georgia, Salvesen operated the Leith Harbour land station and offshore the floating factory expeditions Southern Venturer and Southern Harvester. Elliot spent the seasons of 1948/49, 1951/52, 1955/56 and 1958/59 with the floating factory expeditions and at Leith Harbour in the management of the whaling operations, initially under his uncle Harold Salvesen. 1955/56 was a strikingly successful year for the Salvesen fleets which found abundant catch in the Bellinghausen Sea, just opened to whaling by the International Whaling Commission. 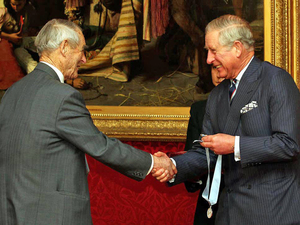 Sir Gerald receives the Prince of...

It was also marked by a visit to Leith Harbour from Vivian FUCHS and Edmund Hillary reconnoitring for their transpolar expedition of the following summer. Over these years Salvesen's whaling operations were continuously modernised and extended, with the building of new by-product plants on the factory ships and at Leith Harbour, particularly for meat extract, and the development of Stromness Station for docking and repair of the catcher fleet during the winter. The business was managed from Salvesen's offices in Leith, Scotland and Tønsberg, Norway.

Elliot negotiated in 1980 the sale of the Leith Harbour, Stromness and Husvik whaling stations to the Argentine scrap merchant, Constantino Davidoff. The latter did not secure transport to the Island for his dismantling team till two years later, using an Argentine naval ship, at the start of the Falklands conflict. 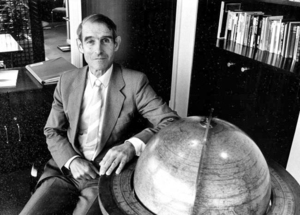 Elliot was concerned as partner, director and chief executive in the development and growth of the company. In fishing Salvesen pioneered with its Fairtry fleet the factory trawler, processing its catch at sea. It also became a leader in industrial fishing with fishmeal plants in Peru, Canada and Ireland. Cold storage units initially set up in Grimsby to store the Fairtry catches expanded over Britain and to the USA and continental Europe. With them was developed refrigerated transport serving food processors and retailers. Salvesen became a public company in 1985, and in 1997 divided into two public companies, Christian Salvesen and Aggreko.

Gerald Elliot was knighted in 1986. He was a noted philanthropist and with his wife, Lady Margaret, he was a significant patron of the Arts - especially in Scotland. His obituary in The Herald noted that 'Sir Gerald was passionately enthusiastic about the arts and made a substantial contribution to Scotland’s cultural life'. Gerald Elliot was a trustee of the Prince’s Trust and served on the Court of Edinburgh University (1984-93). 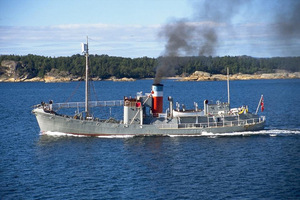 See:  The University of Edinburgh - the papers of Gerald Elliot