German doctor and polar researcher (South Georgia), author, ethnologist and prehistorian, was born on 5 April 1884, the son of the prison administrator Kohl in Landau/Palatinate in Germany.

In 1904 he started to study law in Munich, but soon switched over to medicine and took his PhD at Freiburg (1908) becoming an assistant doctor.

In May 1911, Kohl joined Wilhelm Filchner's expedition to the Weddell Sea, which arrived at South Georgia on 21 October 1911.

Instead of sailing further south Kohl had to stay at CA Larsen's home at Grytviken to recover from an appendicitis operation. Here he met Larsen's daughter Margit. Kohl left the Island on Harpon just before Christmas. During the next year he travelled through Norwegian Lapland up to Sweden. 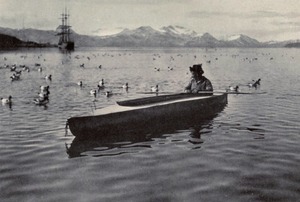 206 In his Klepperboat canoe, Cumberland...

After his marriage with Margit on 16 September 1913, he changed his name to Kohl-Larsen. His first appointment as governmental doctor of the German Imperial Colonial Department brought him to Micronesia (1914), where he was interned for two months at the start of World War I.

After his return he studied zoology, the economics of primitive people and palaeontology at the University of Heidelberg (1915-1916) and volunteered as military doctor in Iraq and Persia (1916-1918). Later he worked in the Finnmark province of northern Norway. 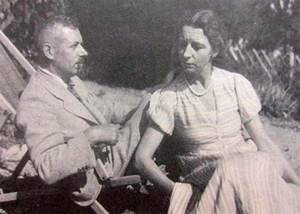 In 1923-24 he accompanied his father-in-law aboard the first whaling factory ship to operate in the Ross Sea, Sir James Clark Ross. In 1926, the Kohl-Larsens finally returned to Germany and settled at Lake Constance.

He next planned to concentrate on the exploration of the inland glaciation at South Georgia. Together with his wife he also wanted to make geological collections and biological observations including the first measurements of plankton in the lakes, while the cameraman Albert Benitz from Freiburg would make a film on the wildlife. Their expedition left Sandefjord (Norway) on 18 August 1928 aboard Harpon and reached South Georgia within 32 days. After a short trip aboard the whale catcher Tiburon, they began their investigations from a camp at Coal Harbour. From 5 to 9 November, they investigated the inland ice east of the camp towards Schlieper Bay. On 19 November Tiburon brought them to their second camp at Bay of Isles, where they stayed until 7 January 1929 and explored Grace Glacier and Lucas Glacier. From the third camp, established with the little Norwegian steamer Fleurus above the whaling station of Husvik on 19 January, they made a long sledge trip to the icecap inland ice. During a two-day snow storm they nearly stifled due to the dense snow covering their tent. When the weather improved they discovered that the central part of South Georgia consisted of a continuous ice plateau, connecting Jossac Bight in the west with West Cumberland Bay in the east. 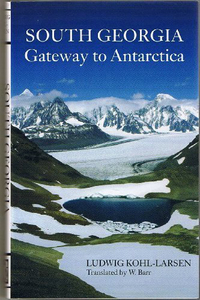 After their return to Husvik, they explored the neighbourhood visiting Stromness, Leith Harbour and Hercules Bay.  On 7 February they came back to Grytviken with long meteorological records taken thrice daily at all camps. Later they made scientific investigations of the lakes and ponds around Maiviken and King Edward Cove using a Klepper* kayak. On 27 February the sealing vessel Dias brought them to Annenkov Island, where Kohl-Larsen looked for fossils from 3 to 14 March.

In the first week of April 1929 they circumnavigated South Georgia anti-clockwise aboard Dias. At Dias Cove he discovered a wooden shipwreck and some remains of a dwelling place. A final visit was made to Royal Bay to resurvey the Ross Glacier. On 13 May the expedition left the island aboard Harpon. In his travel account he published the first maps of the inland region, while his film Roah Roah became the first commercial film on South Georgia, showing the expedition's activities, whaling and wild life. 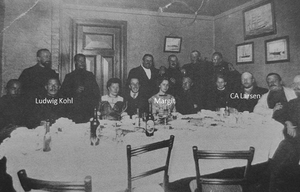 From 26-30 July 1931, Kohl-Larsen participated in the expedition of the airship LZ 127 Graf Zeppelin to the Russian Arctic as far as Franz Josef Land. He was responsible for the equipment and for biological investigations during the flight.

In 1932 Kohl-Larsen moved to Tanganyika {Tanzania} to establish a coffee plantation. Accompanied by his wife he led an ethnological and prehistorical expedition (1934-1936) and directed archaeological field work in the Lake Eyasi basin in northern Tanganyika (1937-1939), where they discovered human bones and artefacts ranging in date from the Middle Stone Age to the Iron Age. Following these sensational discoveries, he was offered the chair of ethnology at the University of Cologne and appointed honorary professor of the University of Freiburg in 1939. He also received the Rudolf Virchow Commemorative Medal. 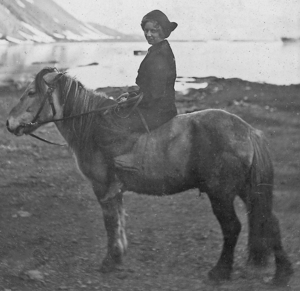 In 1941, during World War II, he became extraordinary professor at the University of Tübingen and was called up as medical officer to serve at Salonica (Greece). In 1943 he was posted to Finnmark, where he also resumed his ethnological studies of the Lapps. In late autumn 1944 he had to return home because of a severe accident.

After the war he was rejected as a creative artist due to his membership in the Nazi Party since 1930 and was not denazified before 1948.

On 12 November 1969 he died in Thumen at Lake Constance, while Margit died at the age of 99 in Öschelbronn close to Stuttgart on 17 January 1990.

The large ice plateau in the hinterland of Husvik was named Kohl-Larsen Plateau in 1955, but revised to Kohl Plateau in 1960.