writer and biologist, was born at Strawberry Hill, London, on 22 April 1903, one of the five children of Olive Caroline, née Owen, wife of Colonel Francis Frederick Ommanney. After Aldenham School, Ommanney went to a business training college in London and then studied at the Imperial College of Science and Technology, London. He was an assistant lecturer in zoology at East London College (later Queen Mary College) 1926-29, but did not enjoy teaching. He received a PhD from London University. 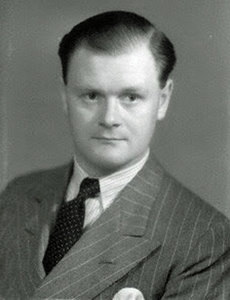 In September 1929 Ommanney left England aboard the Norwegian whaling factory ship Antarctic for South Georgia, to take up a position as zoologist with the Discovery Investigations, whose marine biological station at King Edward's Point, Grytviken, had been collecting whaling data for five years. Ommanney's South Latitude (1938) has his evocative and self-deprecating descriptions of life on a twentieth-century whaling station, and of the local wildlife. His first view of the Island was striking:

When I awoke in the morning the fog had gone and in its place was a scene of breath-taking beauty ... Behind [the ship] ... rose the high white mountains of South Georgia, towering into the clear sky ... The whole scene was one of cold and flashing splendour and filled me with a strange exhilaration, an enthusiasm for this, my new white home. 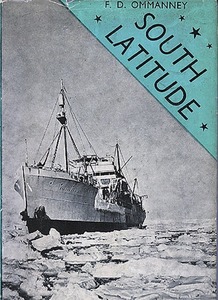 In 1929-30, the purpose-built RRS Discovery II, captained by Commander WM Carey and with Dr Stanley KEMP as scientific leader, made her maiden voyage. Ommanney worked on South Georgia for seven months in the southern summer of 1929-30, and then at whaling stations in Durban, South Africa, during winter 1930. After another five months of summer work at South Georgia in 1930/31, he returned to England on Discovery II for the southern winter of 1931, and worked at the British Museum (Natural History), London, until he went south again the following southern spring.

Carey was also commander for Discovery II's second commission of 1931-33, working in the Falklands sector of Antarctica primarily on biological (especially krill Euphausia spp.) and hydrological surveys, and also circumnavigating Antarctica. The ship left Port Stanley in November 1931, and anchored at Deception Island, South Shetland Islands. She then visited the South Orkney Islands where Ommanney collected and made biological observations on Fredericksen Island. In January 1932, while making an oceanographic survey, Discovery II was caught in the pack ice of the southern Weddell Sea and narrowly avoided a longer besetment. Ommanney remained on board for the journey to South Africa in March 1932. Discovery II returned eastward from Cape Town on 8 April 1932, zigzagging south into Antarctic waters three times over the southern winter before arriving at Stanley on 9 October 1932. 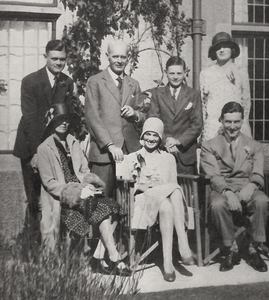 Six days later, Ommanney left Stanley on board Discovery II for the 1932-33 season's surveying and oceanographic work (more than 9000 echo soundings were made during the 1931-33 commission). The ship visited the area north of the South Orkneys in November-December 1932. After Christmas at South Georgia, Discovery II arrived at the South Orkney Islands on 2 January 1933. During January, all islands of the group except Laurie Island were surveyed. With the other scientists, Ommanney landed on the largely ice-covered islands to collect plants and animals ashore. The first known landing on Inaccessible Island in the west of the South Orkney Islands was made at this time. After the South Orkneys, the ship returned to oceanographic work leaving South Georgia for England on 1 March 1933; during her return voyage Commander Carey was lost overboard in the Bay of Biscay.

When in England the Discovery Investigations scientists such as Ommanney were based at the British Museum (Natural History). His final Discovery II voyage was in October 1935 - May 1937.

On 15 October 1936, Discovery II arrived at Grytviken, South Georgia, where ornithologist Brian ROBERTS joined the ship. After working around South Georgia, the ship sailed for the South Shetlands. With Deacon and Roberts on 13 November 1936, Ommanney landed on a shingle beach half a mile east of Cape Bowles, the southernmost point of Clarence Island. After visiting the Falklands and spending Christmas at Grytviken, Discovery II returned to the South Shetland Islands for two months surveying. On 6 January 1937 Ommanney went ashore to collect rock and other specimens on King George Island with five other men who were to survey Esther Harbour near North Foreland. Over the next ten days they were marooned on the island, first in a drifting motorboat (which later sank) and then at a makeshift camp ashore. On her return from the southern coast Discovery II found the men's base deserted and radioed for help. The party's rescue by Discovery II after ten days on the island was another episode recorded in South Latitude. Discovery II's men did further surveying and scientific work in the South Shetland and South Orkney Islands, landing in Scotia Bay, Laurie Island, on 6 February 1937. The ship did additional work between South Georgia and the Falkland Island before she left for England, via Cape Town. 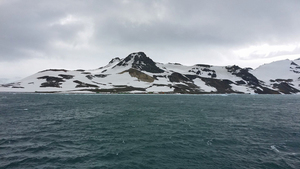 Ommanney worked again at the British Museum (Natural History), London, from 1937 until World War II broke out, when he returned to Antarctica as a whaling inspector on a factory ship. In England in May 1940 he joined the RNVR as a meteorological officer, and saw action in the Mediterranean and North Atlantic. He was at the Mauritius-Seychelles Fisheries Survey 1947-49, worked in Zanzibar and Singapore during six years with the Colonial Research Services, and was reader in marine biology at the University of Hong Kong 1957-60. During most of his postings, starting with South Georgia, he produced readable travel books recounting his experiences, among them: South Latitude (1938), North Cape (1939), The Shoals of Capricorn (1952), Isle of Cloves (1955) and Eastern Windows (1960),

Ommanney received the Polar Medal in Bronze in 1942; he had not wintered on the Antarctic mainland, a requirement at the time for its award in Silver. As a relatively young man he wrote, 'I am no sailor and it looks as though I never shall be. I have not the salt in my blood perhaps, and I lack altogether the patience, resourcefulness and cheerful fatalism of the sailor' (South Latitude p 156). He died on 30 June 1980. Ommanney was a private and intensely shy man, by his own account occasionally provoked to wit or tactlessness, and an engaging writer. He did not marry.

Ommanney Bay (60°33'S, 45°32'W) between Prong Point and Foul Point on the north coast of Coronation Island, South Orkney Islands, was named after him in 1933 and is now included in Antarctic Specially Protected Area no. 114. The Ommanney Glacier in northern Victoria Land was named not for FD Ommanney but for Admiral Sir Erasmus Ommanney, 1814-1904.

Francis Ommanney;  The Shoals of Capricorn; 1952