diplomat, was born on 14 September 1796, the eldest son of Woodbine Parish and Elizabeth Headley. He received his first appointment in the public service in 1812. His career as a diplomat began when he was sent to Sicily in 1814. In the next few years he served in Naples, Paris, the Ionian Islands and was private secretary to Lord Castlereagh. He married in 1819 Amelia Jane Morse, by whom he had eight children. 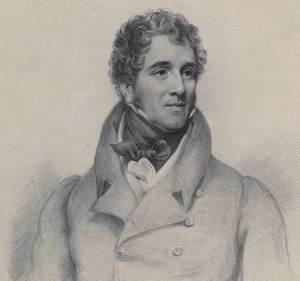 In 1823, when the British Government decided to send out political agents to the newly independent South American states, Parish was appointed HM Consul-General in Buenos Aires. With his wife and two children, he arrived there at the end of March 1824 to a great welcome from the local government as the first official emissary of any European country. Among his most urgent tasks was to negotiate with the government of Buenos Aires for the inauguration of the monthly service of British mail packets from Falmouth. The Countess of Chichester packet arrived only a few days later on 16 April. In February 1825, on behalf of HM government, he concluded a 'Treaty of Amity, Navigation and Commerce' with the Buenos Aires government which was to have lasting and beneficial consequences for the British residents there.

Parish became aware of official Argentine pretensions to the Falklands in March 1829 when the subject of a possible prison settlement there was mentioned in the Buenos Aires press, during the chaotic and brief revolutionary government of General Juan Lavalle. Parish promptly brought the importance of the Falklands and Britain's ancient claim to them to the attention of the British Government. Parish soon arranged a meeting with Louis Vernet, who had started his settlement there three years earlier, informed him of Britain's claim to the Islands and, on 25 April 1829, reported back to the British Government that he believed Vernet would 'be very happy if His Majesty's Government would take his settlement under their protection'. 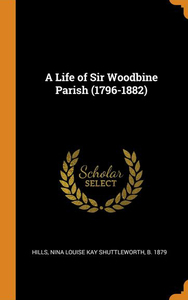 A few weeks later, on 10 June, the Lavalle Government claimed Argentine sovereignty over the Falklands, by inheritance from Spain, and appointed Vernet honorary civil and military commandant of his own tiny settlement. Parish was instructed to protest against this. He did so in November of that same year, saying the decree was an unfriendly act, and declaring that the Islands belonged to Britain. His note of protest was acknowledged, but never received a reply.

Parish encouraged Vernet to keep in communication with him, and Vernet did so hoping Parish could induce British settlers and shipping to come to the Falklands. In fact, just a few days after the Argentine decree claiming the Falklands on 10 June, Vernet wrote to Parish suggesting the flotation of a British company to exploit his business there, and invited Parish to invest in this himself but Parish turned this down. In 1830, when Vernet had published a circular letter warning foreign sealing vessels to cease their activities in the Falklands, Parish reminded him of Britain's rights there, and not to interfere with British vessels. Parish was in Buenos Aires in November 1831 when Vernet brought a captured American sealing vessel to that city with its crew for trial. The capture of this ship and two others provoked an attack by the USS Lexington, Captain DUNCAN, which destroyed Vernet's settlement in the Falklands. 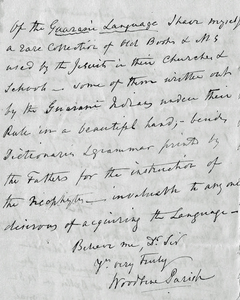 Woodbine Parish's signature on a...

Early in 1832, Parish left Buenos Aires with his family after a distinguished career recognised by honours accorded him by the Buenos Aires Government. He left bearing maps of the Falklands given to him by Vernet and a report from Vernet on conditions there. Passing through Montevideo on his way home, Parish witnessed the return of the Lexington to the River Plate - with nearly all Vernet's colonists on board. He then proceeded on to Britain, and his reports on this incident may well have influenced the British Government in its subsequent decision to enforce its claim to sovereignty.

In 1835, his wife Amelia died, and in 1844 he was married for the second time to Louisa Ann Hubbard, by whom he had a further five children. Parish had combined with his political labours much scientific research, chiefly in geology and palaeontology. In 1824 he was elected a Fellow of the Royal Society. In 1837, in recognition of all his achievements William IV conferred on him the rank of Knight Commander of the Royal Guelphic Order of Hanover. In 1839, his account of the years he spent in South America was published under the title Buenos Ayres and the Provinces of the Río de la Plata ...., and a second edition came out in 1852.

In 1840, Parish was appointed chief commissioner to settle British claims on the Neapolitan Government in consequence of the sulphur monopoly. At the successful conclusion of the dispute in 1842, he was appointed joint plenipotentiary minister at Naples to conclude a commercial treaty with the king. This task completed he returned home to England in 1845. He died at St Leonards-on-Sea, Sussex, on 16 August 1882.

Although he never visited the Falkland Islands, he was quick to alert the British Government to the implications of events in the South Atlantic in the years before the British re-occupation of the Islands.