poet, musician and general merchant, was born on 19 August 1907, tenth and youngest child of William Peck, shepherd and his wife Wilhelmina, née Smith.

He was educated at the Government School in Stanley. His early years were spent jobbing around East Falkland with his brothers Jim and Andrew, undertaking major projects, such as work on telephone lines and cutting new vehicle tracks. This was before machinery was in general use and all heavy work was done by hand. Des Peck later composed poems and songs about those heroic days. 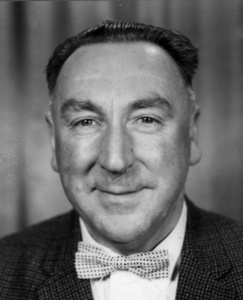 He subsequently went to work as a foreman for PWD where he stayed until the end of World War II, when he began contract work around the farms, painting and renovating.

He married Beatrice Ena Davis in St.Mary's Church, Stanley on 2 May 1935: they had two children, Burned and Leatrice .

In 1949 Des Peck started a small sub-contract workforce, helping in the construction of the Ajax Bay Refrigeration Plant. It was the savings from this contract that enabled him in 1952 to build and operate the Philomel Store adjacent to the public jetty in Stanley.

His flamboyancy in operating this successful business was legendary and several budding musicians were to benefit from his love of music when he imported musical instruments and amplifiers, allowing them long term credit facilities for repayment. 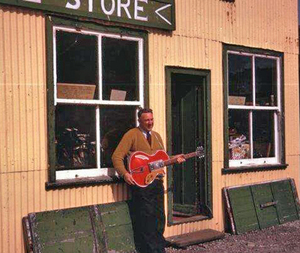 Des Peck outside the Philomel Store

He did not believe in accounts or accountants. Most of his business transactions were scribbled on the back of a cigarette packet or cardboard shoebox and he would accept direct assessment for income tax. His colourful advertisements would attract much attention and discussion, but sold his goods such as Home Charm Paints, Rowntrees sweets, camping gear, fresh fruit, condoms or a reasonably priced hotel room for a stay in Montevideo.

He was to continue this business for the next thirty-six years, until his death in Stanley at the age of eighty on 10 July 1988.

Without any doubt Des Peck was a colourful character and a likeable rogue. He was a very dedicated member of the Falklands Islands Defence Force and a good footballer. He played snooker and billiards to a high standard. 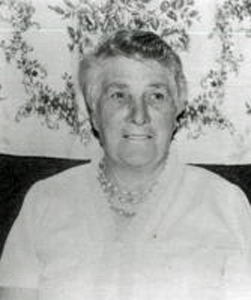 Des Peck was an accomplished musician, who performed on piano, violin and guitar with many local bands. He liked nothing better than to organise musical concerts for radio or in public venues and singalongs in local pubs and clubs. He also composed songs and poems, which were frequently published in local periodicals.

His firm and patriotic views and his prolific talent for producing verses to commemorate a wide range of public events made him something of a local poet laureate.

When a new Visitor Centre was planned at the head of the Public Jetty in Stanley in 2000, the Philomel Store building, by now a well-known landmark, was retained as part of the development by popular demand. It still serves to remind people of the distinctive voice and character of the man who held court there for so many years.

A colourful character in 1982

I had the pleasure to meet Des Peck when he visited Langdons in Liverpool where I worked in the mid 1960’s. I had been dealing with his orders for clothing and camping gear by post and it was great to meet him in the flesh. A very pleasant and entertaining guy.

Seeing Des Peck's photo today ( i recognised him straight away) brought back vivid memories of Port Stanley and South Atlantic in general. In July 1968 I was the radio officer onboard RMS Darwin. We left South Georgia and immediately ran into very severe weather. We lost the aerials and were unable to let Port Stanley know what was happening. I told Neil Jennings the 1st mate that if we made it to Stanley i was going to buy a trumpet from Des Peck's store and learn to play it. We made it. I went to the harbour bar and had a few rums ( 6p a tot!) and bought the trumpet. All the other officers went home that evening and I wandered through port stanley blowing my trumpet! I never did learn it.