director of public works, was born at Hampton in Middlesex on 27 January 1885 and spent his early teenage years working at Chatham dockyard, rising to become inspector of works there from 1904-1905.

The Admiralty sent him to Gibraltar for six years from 1905 to work on a variety of naval projects. In 1911 he returned to England to work on a number of projects including the construction of a submarine harbour. During World War I he was employed on building an anti-submarine boom across the English Channel, which involved a considerable amount of diving work. 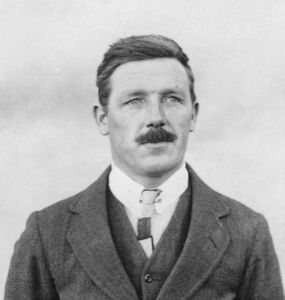 In 1921 the Admiralty despatched him to the Falkland Islands to build the oil storage tanks on the Camber across the water from Stanley. He and his wife arrived in the Islands with their three sons, Gordon, Bernard and Roy, on 17 January 1922, on the RMS Orita from Liverpool. During the course of his work for the Navy, Roberts made such a strong impression on Governor MIDDLETON that he was asked to take on the task of improving the sanitation, water supply and roads in Stanley. Roberts agreed and arranged to be seconded from the Admiralty to the Falkland Islands Government starting in 1925. The project was titled the 'Stanley Improvement Scheme' and Roberts became known locally as 'SIS' Roberts in tribute to his key role in the development. 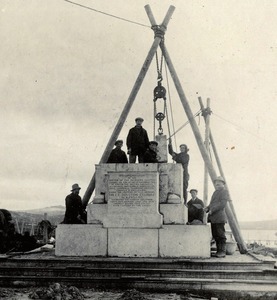 His achievements in construction were notable. He supervised the construction of the 1914 Battle Memorial, completed in July 1926 despite rough weather: 'the weather turned out pretty bad', he reported, 'but the men stuck to it and put out all their full horsepower ... To compensate the men I gave them all a good "tot".' He had been a careful manager, for the project came in appreciably under budget. He himself received an honorarium of £105.The memorial was unveiled on 26 February 1927, with HMS Capetown in the harbour.

His other Stanley landmark is the 1933 centenary memorial - the four whale bones on the green by the Cathedral. Roberts used two pairs of blue whale jawbones, sent to Government from the South Shetlands as a gift from the Hektor Whaling Company, and fastened them together with an iron cross, setting them over a cruciform seat. 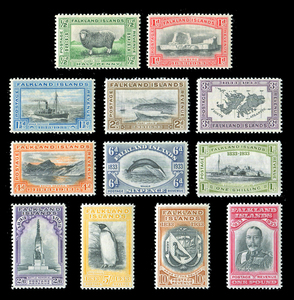 In addition he supervised the renewal of Matthew BRISBANE's grave at Port Louis and in 1931 the laying of the foundation stone for the public swimming pool (which was not completed until 1992). Once walking on the hills near Stanley with his foreman, Roberts literally stumbled across a source of water, getting soaked but realising that he had found an additional supply for the town, which became the first piped water in Stanley. The site was named 'Roberts' Spring', by order of the Governor.

Besides his talents as an engineer, Roberts was an accomplished stamp designer and produced the designs for the 1933 centenary issue and the 1938-1949 pictorial definitive issue. He was a keen photographer, on one occasion taking 63 portraits in a single day. 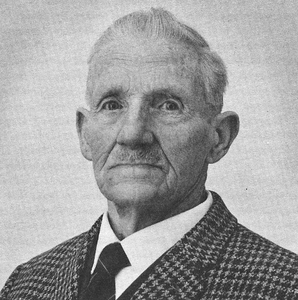 He also enjoyed listening to opera broadcasts from Buenos Aires on a short-wave radio given to him by Governor HENNIKER HEATON in recognition of work carried out while Roberts was serving as harbourmaster in 1937. Mrs Roberts was highly regarded in Stanley, especially for her kindness to young nurses and teachers for whom she kept open house.

The Roberts' eldest son, Gordon, worked in the Treasury, while the two younger ones were being educated in England, cared for by their grandmother in Kent.

In 1938 Roberts was awarded the Imperial Service Order in recognition of his work in the Falkland Islands. He retired to England later that year, departing from the Islands on the Fitzroy on 14 July with his wife and son. The News Weekly wrote on their departure:

We feel sure Mr. & Mrs. Roberts and Gordon will take with them the best wishes of their many friends in the Falklands and be long spared to enjoy their well-earned rest. Mr. Roberts' cheery disposition and keen sense of humour will be greatly missed.

In retirement in Britain, the Roberts continued to play host to many Falkland Islanders on leave and always retained their interest in the Islands.