Andrez Pitaluga was the son of Benito and Celestina, née Spinola, and was born in Gibraltar on 26 September 1822. The family were originally fishermen, from Sestri di Ponente near Genoa in Italy. As a young man Andrez migrated down through South America, via Montevideo, with fellow Gibraltarians Pascal and Angela Recano, arriving for the first time in the Islands in November 1838. (Port Louis records show Lt LOWCAY of HM Ketch Sparrow giving them permission to rebuild an old ruined house in the settlement.) On 11 September 1841 he was taken on contract as capataz (foreman) of the gauchos, primarily engaged in catching and taming wild horses and slaughtering wild cattle. 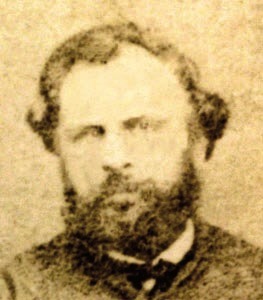 Andrez Pitaluga worked all over East Falkland, at various early ranching locations including down in Lafonia for the Lafone brothers around 1852, and at Second Corral (the early Teal Inlet settlement), where there was a considerable hide salting works established. Being something of a mason, he had a hand in building a number of stone cattle corrals and cottages around East Falkland and also on Saunders Island. At Gibraltar Station, three out of four dwellings and a small barn constructed in stone by him still exist and are in use and in Stanley he built the large stone house at 33 Fitzroy Road, formerly known as the ‘Pink Shop’. 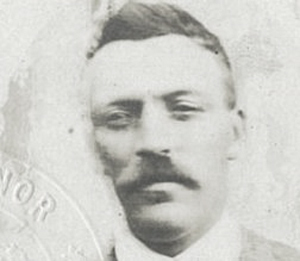 In 1869, Andrez began to acquire small areas of former Crown Grant land in the north of East Falkland, with surrounding leases, to begin farming on his own account. During this time, he faced a considerable battle with the Falkland Islands Company, who were opposed to the granting of additional leases to him, but he had the support of government in continuing to develop the area, particularly around Salvador Water.

Andrez died on 16 June 1878 and his wife followed him on 4 May 1879. His sons Alexander and Harry continued to build on the lands acquired; the leases of some of these stretched at one time from Cow Bay southwards to Berkeley Sound, and west as far as Fanning Head. The land holding was gradually reduced to the two sections, Gibraltar Station and Rincon Grande, situated respectively on the west and east sides of the entrance to Port Salvador. 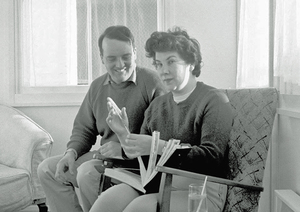 Alexander had seven children, including sons Donald (Andrez) (1884-1936) and Alexander (Alec) (1891-1958). Donald ran the Gibraltar Station section, until his death, to be followed by Alec who had worked in Chile and Stanley. Alec had earlier built a bungalow and settled himself and family on the farm in 1930.

Rincon Grande was by then owned and managed by Harry Pitaluga’s sons, Stan and Arthur. They were followed by Arthur’s daughter Diana and her husband Ronald Turner, followed in turn by their son Arthur, with his wife Elaine.

Alec Pitaluga had four children, and the youngest, Robin, (b1933, married Jene Robinson in 1956) took over the remaining family property in 1955. He served as elected councillor from 1968 to 1971 and again as nominated councillor from 1971 to 1976. Between 1974 and 1992 he was chairman of the Sheep Owners Association for a total of ten years. He continues to participate actively in the administration of farm company affairs and is a shareholder and director of the fishing company Argos. Robin and Jene Pitaluga have two sons, Nicholas (b1963, married Antoinette Bendyshe in 1997), and Saul (b1967, married Caroline Edwards in 1996). The farm continues to concentrate on fine wool production and is managed by Nick and Annie, whilst Saul and his family live and work in England.

(a) In a letter (dated 11 May 1974) to his elder brother Bernard, Arthur Barton (Colonial Manager of the Falkland Islands Company) he commented that 'Robin Pitaluga's Cesna plane arrived eventually, 28 days en route, and he flies every flying day to get used to local flying conditions, which are slightly different from Biggin Hill where he trained. It is normal for farm owners to have their own aircraft in South America, but this is the first one here.'

(b) Graham Bound wrote in the Penguin News on 6 March 2020: ' During the occupation of 1982, Robin established radio contact with the British fleet, intending to help convey a message to the Argentines suggesting that they surrender. How-ever the Argentines heard this and were furious. Rob was arrested and badly treated. At one point a pistol barrel was pressed into his neck and the trigger pulled. There was no bullet in the gun. He was then placed under house arrest.'

I had the joy of living/working with the Pitaluga family on their farm in 1989 - 1990. It was by far one of the best years of my life! Visited with Robin & Jene in England numerous times thereafter. Lovely family, all of them.

I stayed briefly on Rob and June’s farm in late 1974. As a voluntary teacher I was being mentored by the late Pete Seazell, who will be remembered by Rob and June’s sons. Rob took me up in his recently acquired Cessna, and as usual I wasn’t the best passenger as the little thing tipped about all over the place. Later that weekend, Pete and I become hopelessly lost somewhere down the coast, and we were prepared for a cold night until Rob arrived with a rescue party. I remember a merry, kind and generous gentleman - one of the best people I met in the Falklands. Sad to hear of his passing, but he has clearly left a great legacy. Fine man.