governor, was born on 16 February 1897 in Hammersmith, London, the son of Maurice, a painter and artist, and Aimee Grace, née Richards.

He was educated privately and gained a diploma in Anthropology at University College London, later becoming a fellow of the College.

Entering the Colonial Administrative Service (Nigeria) in 1921 he was acting resident Adamawa 1934-1937 and principal assistant secretary 1938-1941 before becoming involved in special duty for which he was subsequently honoured by the French government being awarded the Medaille de la Resistance Francaise avec Rosette. The citation for the award states: 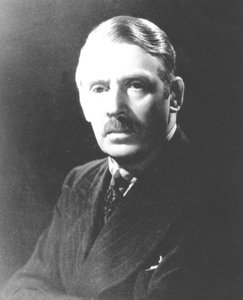 The help given to General Leclerc and myself [General De Gaulle] at the time of the rallying of Cameroon and French Equatorial Africa was precious. Without his help it is possible that the mission would have not been successful and the outcome of the war could have been changed. Colonel Clifford had placed his absolute trust in us.

The French Resistance Medal was instituted in London by General de Gaulle in 1943 to 'recognise remarkable acts of faith and courage that have contributed, in France, the Empire and abroad, to the French people's resistance against the enemy'. The award was made in 1947 by the President of France after permission had been granted by the British government. 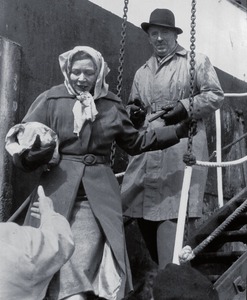 Following this special service, Clifford was seconded as colonial secretary Gibraltar 1942-1944, then senior resident Nigeria 1944 and chairman of the salaries commission Cyprus before being attached to the Colonial Office in 1946.

In 1946 he became governor and commander-in-chief of the Falkland Islands, a post he held until 1954 despite attempts to remove him from office by petition. He arrived in November 1946 and immediately embarked on a policy of bringing the colony into the twentieth century. His first acts were to bring two unofficial members on to Legislative Council and to establish a Stanley Town Council, two acts alone which are at odds with the public perception of him as being autocratic. The Town Council comprised six elected members and three nominated by government. 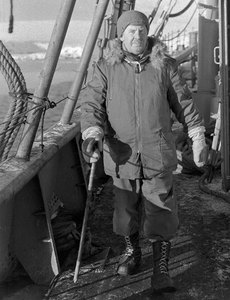 426 A Governor in the Antarctic

Universal suffrage was introduced in 1949 and in 1951 the Legislative Council was changed to comprise an unofficial majority. It must be said that the backgrounds of Clifford and, in particular his wife, were unsuited for the Islands which had previously been served by a succession of governors who were non-controversial and represented the flag without too much rippling of the waves. A world war had just ended but the colony was still following the procedures and lifestyle of the 1920s and 1930s.

In 1920 Clifford married Ivy Dorothy (Peta), youngest daughter of Arthur Robert Eland of Thrapston, Northants. His appointment as governor of the Falklands represented a challenge from which he did not flinch, but for his wife it was a step too far and she found the constraints of life as the first lady in a small close-knit community such that they affected her health and resulted in overindulgence in alcohol. It must be said that Clifford remained steadfastly loyal to his wife during this difficult period which ended in her untimely death. 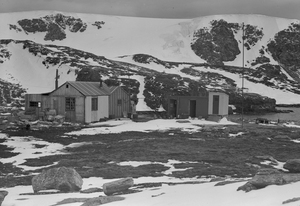 As the new governor he was faced with a multitude of problems upon his arrival following the end of World War II which had necessarily resulted in the Colony being run down and neglected through lack of resources. Faced with budget deficits Clifford scorned past policies of playing for time and introduced measures to increase revenue which antagonised the population and led to his unpopularity. He increased taxes and introduced ad valorem duties, which, while common elsewhere, were new to the Islands. Not all the much-needed funds could be raised in this way and the governor proved adept at securing grants from Britain, mainly from the Colonial Development and Welfare Fund, which were used on public works. The King Edward VII Memorial Hospital was modified and extended, for example, with new Xray plant and a fully-equipped dental surgery. Unfortunately, the major outlay on a freezer plant at Ajax Bay was unsuccessful through a combination of factors, principally wrong siting, clearly influenced by a decision not to favour the Falkland Islands Company, thus isolating the plant from its principal sources of supply in Lafonia. This poor siting was evident at an early stage with shipping delays hampering construction which was already obstructed by a stone run. Not completed until 1953, supplies of sheep were wholly insufficient and of poor quality, resulting in a rejection rate of almost 40%. The venture closed in 1955 and was dismissed as yet another example of profligate waste by the Colonial Development Corporation, which was already reeling from the debacle of the Groundnut Scheme in Tanganyika. The Ajax Bay disaster alienated the FIC's board of directors from the governor and probably was the reason that he was not invited to join the board, something to which he aspired and to which he had much to contribute.

Faced with so many problems, Clifford firmly identified them by visiting every farm settlement except one and many twice in his first year, and then declared his intention to visit in future on horseback or on the Philomel in order to spend more time with farm workers and their families. He brought in from the UK a financial expert to overhaul the accounting system but ensured that succession was secured by sending an Islander to the UK for training. He also did this with Customs and Excise and both were highly successful. In education he abolished fees and improved facilities in the Camp. Navigation was improved by the installation of coastal lights at Fox Bay and Cape Dolphin in particular. The law was updated having previously been unchanged since before World War I. He negotiated an extremely favourable deal for Blackstone generators which formed the basis for the new power system for Stanley and astutely brought in from the Antarctic bases as superintendent a man who proved very successful. He did not neglect social and welfare provisions, introducing children's allowances and initiating contributory old age pensions. 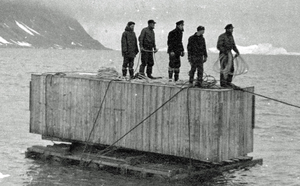 Perhaps he is best remembered for introducing an internal air service in 1948, initially primarily for medical purposes but quickly extended to facilitate mail and passenger movement. Such a service had been discussed before the war but it was Clifford's drive and determination which brought it about. Initially the service was provided by two Auster wheeled aircraft but these were quickly changed to float planes which could fully utilise the advantage of farm settlements being sited at the water's edge. It cannot be emphasised too strongly the benefits to the farm population of an air service coupled with the installation of R/T sets. People in Camp were no longer isolated from Stanley.

The Governor was also responsible for the Dependencies and regularly visited them on warships. He would not tolerate any Argentine encroachment and on one notable occasion countered a provocative act by immediately sailing on a frigate, instructing the colonial secretary, who conveyed a last minute instruction from the Colonial Office not to proceed, to reply that the governor had already sailed. Although the governor was responsible for the Dependencies, their revenue had accrued to the British government from the early 1920s with the Falklands receiving an annual grant. Clifford got this increased by 150%. 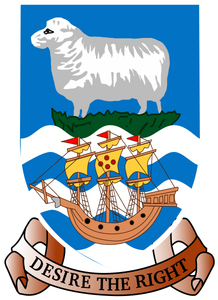 The colony's coat of arms was changed in 1948 on his initiative and incorporated features introduced by him. When one reviews all the things that Clifford did for the Colony and its people it is difficult to reconcile with the deep-seated hostility towards him, although it must be said that his contribution is now becoming increasingly recognised by Islanders. Contrary to public opinion he was a modest man. This writer knew him well over a period of nearly 40 years and was unaware of his distinguished war record until preparing this biography. The Falklands had no more outspoken and loyal supporter during the difficult political period of the 1960s and 1970s than Sir Miles Clifford, who was vice-chairman of the Falkland Islands Emergency Committee, later the Falkland Islands Committee. He attended meetings regularly and no adverse or unsupportive comment could be made in the media without bringing forth a strong reaction from him.

Following the death of his first wife he married Mary, eldest daughter of Thomas Turner of Shelbyville, Illinois, USA, and lived happily in Kent until his death on 21 February 1986.

He had followed a very active post-Falklands career in public service and was particularly involved in charitable work, notably in cancer research. During his time as a director of the Leverhulme Trust he was awarded an honorary fellowship in dental surgery for the Trust's financial help in establishing a Department of Dental Science. 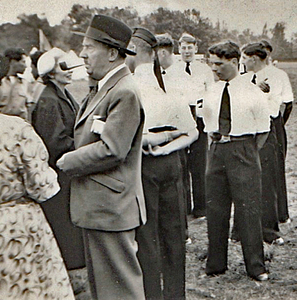 Even after he retired as...

He never lost his love of the Antarctic and played a significant role in the organisation of the International Geophysical Year and the Trans-Antarctic Expedition. He also maintained a close interest in African affairs, notably Nigeria.

See:  The papers of Sir Geoffrey Miles Clifford - archived in the Bodelian Library