colonial engineer, was born in Southampton on 9 March 1878, the youngest child and second son of James and Catherine Baseley. His father had a tailoring business in the suburb of Eastleigh and Baseley received his primary schooling at a preparatory school in Swanage, later going on to Victoria College in Jersey where his parents had retired. On leaving school he trained as a marine engineer and attained the qualification of a Member of the Institute of Marine Engineering (MIME). He had a variety of seafaring appointments and for a time was engineer in charge of the Padstow lifeboat which was then powered by steam. 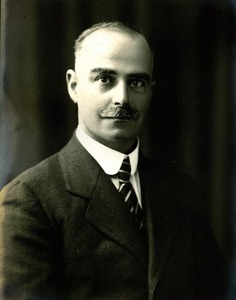 In 1904, he married Edith Mary Clayton, daughter of a Liverpool art dealer, and in 1905 their first child, Victoria, was born; she was later to marry Jack BONNER of San Carlos.

In 1907 he was appointed marine superintendent for the Falkland Islands Company in Stanley. His first commission for the Company was to be engineer on the schooner Malvina, which had to be delivered from Liverpool to the Falklands. Malvina was an auxiliary schooner built by Ferguson and Connagh in Liverpool to a Mersey pilot boat design and fitted with a Gardner oil engine operating a twin-bladed propeller giving the vessel a service speed of five knots. She was one of the first vessels to be fitted with auxiliary propulsion of this type. They sailed from Liverpool on 7 March 1907 and had a good passage until 23 April, when, more or less opposite the River Plate, they encountered a south-westerly storm which blew them approximately 1000 miles off course in a northerly direction. There was then a long haul southwards to the Falklands, which they finally reached on 9 June. Though well off most shipping routes they were fortunate to pass one vessel which was able to report their position and allay anxiety as to their whereabouts. Malvina sadly only sailed for about two years in Falkland waters, being wrecked on Reef Island in May 1910.

After this epic voyage, Baseley returned to England to bring his family out to Stanley, and the names of Mr and Mrs Baseley and infant are recorded in the passenger list of RMS Ortega arriving in Stanley on 18 December 1907. He was marine superintendent for the FIC until the end of 1911. In January 1912 he was appointed by Governor ALLARDYCE to the position of colonial engineer, a post he was to hold until his retirement in 1928. As such he was responsible for overseeing the erection of the Naval Wireless Station at Moody Brook and the Government Wireless Station at Fox Bay, both in 1913. He also was in charge of building the King Edward VII Memorial Hospital, which opened in 1915, and the Town Hall in 1916. Both buildings have since been destroyed by fire, the Town Hall in 1944 and the Hospital in 1984. After the end of World War I in 1918 an extensive programme of public works was started which included an improved water supply, modern drainage and sewage disposal, improved roads and electric lighting. 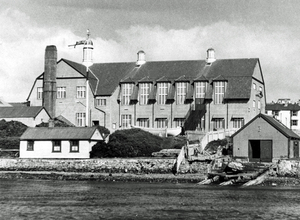 A deeply religious man, Baseley served on the Cathedral Select Vestry from May 1908 until 1928, acting as secretary in 1910 and treasurer from 1913 to 1922. He was engineer to the Stanley Fire Brigade and active in the various sporting clubs in Stanley at the time, particularly the football and cricket clubs. The Baseleys had two more children while living in Stanley, Reginald Harold (b1908) and Bruce Falkland (b1915).

They retired to England in 1928 and settled in the village of Wraysbury near Windsor, where they continued their involvement in church affairs. They moved to Worthing in 1951 and Edith Baseley died later that year. 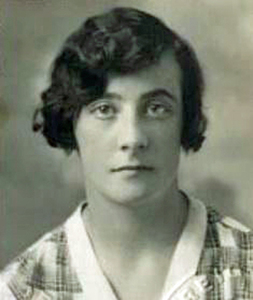