b 1929 from Falkland Islands


landowner, was born at San Carlos on 11 March 1929 to John Francis (Jack) BONNER and Vickey Bonner, daughter of RB BASELEY.

His early years were spent at San Carlos and his primary education was carried out by his mother and was to prepare him for entry to his preparatory school in England, where he went in 1939. However war intervened and the family returned from England in 1939, so Christopher was not left at school as was planned. 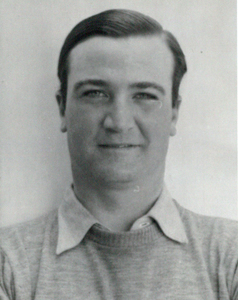 In 1941 he was sent to St George's College in Buenos Aires where he was to remain until 1947. He was captain of the school for his last term. As the school was run on English public school lines he was able to achieve the necessary passes in the School Certificate and Higher School Certificate Examinations to enter Queens' College, Cambridge in October 1948. He graduated in 1951 and subsequently attained Master of Arts in 1956. He also obtained the Certificate of Proficiency in Agriculture.

In 1952, he returned to the Falklands and worked as assistant manager to his father at San Carlos until May 1954. He then went to New Zealand in October of that year and worked on a variety of properties in the South Island gaining valuable sheep-farming experience. 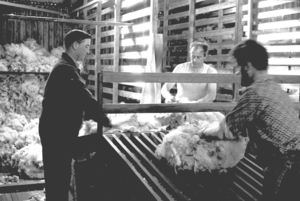 Christopher Bonner (left) in the...

In early 1956 he had to return to the Falklands to take over the management of San Carlos as his father, Jack Bonner, had become seriously ill with heart disease. Later that year he returned to New Zealand to marry Marguerite, eldest daughter of Geoffrey Dixon, of Holton, Kaiapoi, near Christchurch.

The couple returned to the Falklands in October 1956 and for the next 12 years managed San Carlos for the family sheep farming company, of which Bonner became Managing Director on the death of his father in 1958. During this time he endeavoured to carry out the good management principles laid down by his father and grandfather before him. 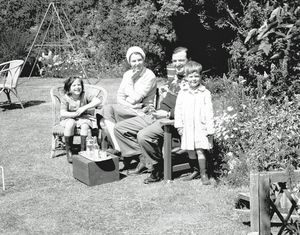 Christopher Bonner and his family...

Maintenance of high wool quality and efficient stock management were always top priority. To this end the importation of stud sires from New Zealand and the UK was continued with the establishment of the Corriedale as the preferred breed as opposed to the Romney of former years.

Considerable subdivision to enable more efficient use of the pastures was also carried out. The welfare of the staff was not overlooked; three new dwelling houses were erected with modern facilities, electric power was laid on for the settlement and every shepherd's house was equipped with its own lighting plant. The cookhouse was also modernised with updated toilet facilities and the installation of central heating. 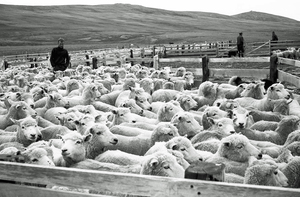 Four children were born during their time in the Islands: Sally (b1957), John (b1960) and finally twin daughters Katherine and Caroline (b1964).

Christopher Bonner was appointed a Justice of the Peace in 1957 and also served on various committees of the Sheepowners' Association. He was asked to run for election to the LegCo in 1960 and was elected Member for East Falkland. This was the last Council to have an official majority as during its term the ex officio seats were abolished giving the unofficial members a working majority. He ran for a second term but was replaced by Margery VINSON in 1964. However, he continued on Council as the nominated member for East Falkland.

He was appointed to the ExCo in 1966 and became involved in the political crisis that year following a report of the Governor to the ExCo, upon his return from the United Kingdom, on the discussions which had taken place between Britain and Argentina on sovereignty. 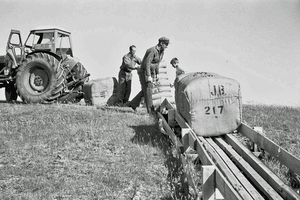 Bonner was one of four unofficial members of Council to break their oath of secrecy and to make a direct appeal to British parliamentarians. The appeal aroused public support and resulted in government assurances on the future of the Islands.

He did not seek re-election to either council in 1968. After much heart-searching, the family had made known their intention to return to New Zealand and they left San Carlos and the Falklands in 1968, thereby ending a family association of nearly 120 years.

They settled in the Canterbury area of New Zealand and continued farming until Bonner's final retirement in 1997.