colonial secretary, was born on 25 January 1888 at Stirling Castle, Scotland, the elder son of Major Alexander Beattie. He enlisted in the Argyll and Sutherland Highlanders in 1906. After service in India and Aden he was seconded to the Royal West African Frontier Force in 1911, and he served in the Nigerian Regiment. During World War I he served on the Nigerian frontier with German Cameroon. He was severely wounded in 1915 and awarded the Military Cross. On the completion of hostilities Beattie served in Nigeria, Sierra Leone, the Gold Coast {Ghana} and the Gambia, leaving the Army in 1922. He then joined the Colonial Service and went to Gibraltar as an assistant colonial secretary. 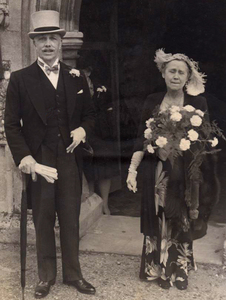 398 Alexander and Bobbie Beattie at the...

In 1925 he was appointed colonial secretary in the Falkland Islands and arrived in October towards the end of the term of office of Governor MIDDLETON. During his short tenure of office he was involved in one of the most significant events in the history of sheep farming in the Falkland Islands. Beattie was appointed acting governor during the interregnum between Governor Middleton and Governor HODSON, and while serving as acting governor, presided at the festivities which accompanied the unveiling of the 1914 Battle Monument. Middleton and Beattie had great respect for each other and a happy working relationship. Beattie shared his chief's views on the future of the farming industry. Middleton had encouraged and promoted the research work of Hugh MUNRO, a senior stock inspector from the Department of Agriculture in New Zealand. Munro's Report (which was published in 1924) was the first truly systematic examination of the condition of the natural resources of the Falklands, and how they might be more effectively managed and exploited. A principal recommendation of the Munro Report was the establishment of an experimental farm, and Beattie was closely involved in the implementation of Munro's proposals. Shortly after the experimental farm was established at Green Patch, Governor Middleton was succeeded by Governor Hodson.

Within a few weeks of his arrival in the Falkland Islands, after a brief tour of some farms in East Falkland Island, Hodson began a sustained campaign to close down the experimental farm. Colonial Office records show that Beattie strongly disagreed with the new governor's opinions. In a confidential despatch to the Colonial Office he wrote: 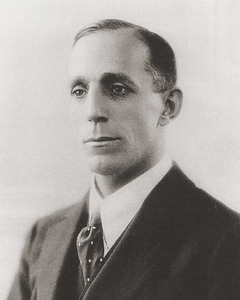 the Governor made his tour of East Falkland at a time of year when no sheep work was being done, when the ground was probably under snow, and during the absence of the two leading farmers of the Islands. The only unofficial member of the Council at present in the Colony was the Manager of the FIC, who is not a farmer ... the [Experimental] farm is still in a preparatory state ... lambing and mating of the imported sheep has not taken place yet ... the farm was not expected to become self-supporting ... it is right that the Land Sales Fund should bear the cost of the little agricultural and pastoral research work the Colony carries out ... In the Falkland Islands farmers are extremely jealous of each other; in fact in many cases they are completely antagonistic.

In a private and confidential letter to the Colonial Office Beattie heavily criticised the attitudes and opinions of both the governor and the leading local farmers. He also criticised the governor's compliance with the additional suggestion, made by some local farmers, that the post of chief inspector of stock, and the Stock Department, be abolished. Beattie agreed that the current holder of the post was very unsatisfactory - but maintained that the position was an 'absolute necessity'. The cause of the Governor's concern about the stock inspector and the Stock Department was an outbreak of dog distemper, for which the Governor held the stock inspector responsible. The Colonial Office was astonished by the Governor's opinions and its reply to Hodson's view that a stock inspector was a 'useless extravagance' was swift and to the point: 'Your view ... if accepted would justify the abolition of every Agricultural Department in the Empire'. It is clear from various comments and minutes over the years that the Colonial Office regarded Beattie's opinions very highly. In a minute attached to one of Hodson's despatches is the comment: 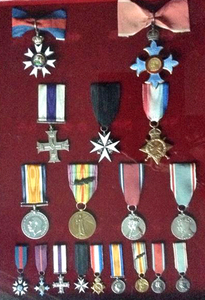 He [Beattie] has shown excellent judgement and that he is not to be stampeded into hasty and unwise action in a difficult position. Whereas the new Governor [Hodson] appears to have ignored the Secretary of State's advice to 'go slow' ... Hodson made ... innumerable proposals for change ... after a few weeks in the Colony recommended that the farm be closed ... Should an experimental farm ever be expected to be self-supporting? ... Mr Hodson's experience of sheep farming appears to be restricted to working on a farm in Australia. If you do not think that Mr Hodson is right in his present recommendation and his judgement cannot be trusted in a small matter of this kind, ought he be allowed to remain in his present position?

Beattie's differences with Governor Hodson proved to be irreconcilable, and within a few months of the latter's arrival in the Falkland Islands, he moved to Cyprus as chief assistant colonial secretary in August 1927. Beattie returned to Gibraltar in 1930 as colonial secretary and he remained in post until 1941. He was then appointed administrator of St. Vincent and the Windward Islands. On his return to England in 1944 he worked in the Colonial Office until he retired in 1947. Beattie was made a CBE in 1920 and he was awarded the CMG in 1933.

A family anecdote has it that Beattie's affectionate sobriquet amongst the children of Gibraltar was 'Black Cat' (or possibly 'Black Hat') because he invariably wore a black homburg hat which he raised courteously when greeting everyone no matter what their age.