teacher, was born in West Cork, Ireland, on 4 April 1922, the son of James Cronin and Margaret, née Buckley. He was educated at St Mary's Strawberry Hill teacher training college, London, and qualified as primary and secondary teacher in August 1946. From June 1945 to August 1947 he taught at St John Fisher School, Little Wymondley, Hitchin, Hertfordshire. On his departure from this school his headmaster, JF O'Regan, praised the young teacher for his genial and cheerful disposition and his willingness to tackle any job at any time. These were his characteristic traits and were to serve him well in the future. 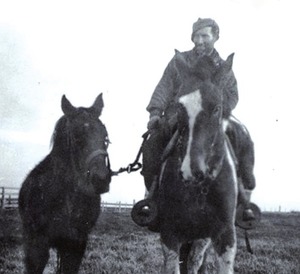 At the age of twenty-seven, in February 1950, Cronin took up the post of Camp teacher at Goose Green, East Falkland. He fully participated in the activities of the Camp and taught in the settlements on both East and West Falkland until 1965. He was well known to the islanders as a gifted horse trainer and rider. In Mary CAWKELL's comprehensive account of the history and development of the Falkland Islands, Cronin is mentioned as having contributed to sightings of rare bird species visiting the Islands during the 1950s.

In 1965 Cronin took up appointment as teacher in Port Stanley Senior School. His special subject areas were English and mathematics, but he also had a great love of history. His pupils noted that he was a strict but fair teacher who commanded a real presence in the classroom. His vast experience of Camp and Stanley education resulted in his appointment in 1974 as acting headmaster to the Stanley schools. D'Earle DRAYCOTT, superintendent of education, praised Cronin for being instrumental in implementing the Bell recommendations in education. During the late 1970s, Cronin opposed the removal of religious instruction from the schools. 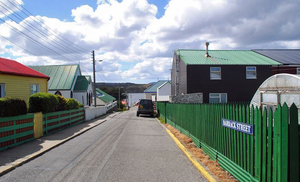 In 1967 he married Mary Dromey in St. Mary's Church, Port Stanley. In 1969 his only son, James Cronin, was born in the King Edward VII Memorial Hospital, Port Stanley. The family lived at No 6, Barrack St, Port Stanley, until their departure from the Islands in 1977.

Cronin's twenty-seven year contribution to the education and life of the Falkland Islands can be summed up as follows: on his departure from the islands in May 1977 Governor PARKER wrote of him as a person long identified 'with the Colony's way of life, and particularly as a mainstay of our schools'.

Cronin retired to West Cork where he farmed the family farm in Kilmichael, near Macroom until his death. In April 1982 he was interviewed by Irish radio on life in the Falkland Islands. He commented that Islanders prized above all a man's ability to 'ride a horse, to shear a sheep, to plait a lasso and to sail a boat'. He predicted a short conflict and Argentine surrender, even as the British Task Force sailed south. Cronin died of emphysema in Cork University Hospital on 23 July 1998. He is buried near Kilmichael.