governor, was born in London on 20 December 1919, the son of Alexander Roland Parker, an official at the Post Office and his wife Annie Jane Louise, née Morris. Parker entered the Ministry of Labour in 1938, but served in the army during World War II, being with the London Scottish in 1940 and 1941. During the war, in 1941, he married Deidre Mary Ward. After the war he returned to the Ministry of Labour, minus half a leg as a result of a war injury. Thanks to the good efforts of the Roehampton Limb-Fitting Centre this never adversely affected his future career and in 1957 he was posted to the Embassy in Tel Aviv (Israel) as labour attaché. Two further labour attaché posts followed in Ghana and Nigeria, and in 1965 Parker was seconded to the Foreign Office and served in London. In 1966 he went to Enugu in Eastern Nigeria as deputy high commissioner (effectively a consul-general), during which time the east - as Biafra - broke away from the Nigerian federation resulting in civil war. Having managed successfully to evacuate his staff and other expatriates, he returned to London in 1967. From 1971 to 1972 he was head of chancery in Suva (Fiji) and from 1972-1975 he was British high commissioner in the Gambia. He was posted to Durban in South Africa as consul general in 1976, but posted again in the same year to Stanley on the early departure of Governor FRENCH. He arrived in Stanley on 16 December 1976. 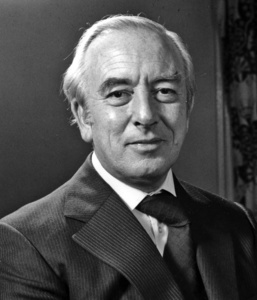 Parker was governor and commander in chief of the Falkland Islands and High Commissioner for the British Antarctic Territories, and he took over at a time when Argentine pressure on the Islands was steadily increasing. Lord SHACKLETON's report had just been delivered and it became clear that his first priority was to implement those parts of it which the government in London was prepared to fund. Shackleton's recommendations were not universally popular and making progress on them required determination and persistence. Parker managed to persuade the members of both Councils to support Shackleton's ideas and by the time his successor, Rex HUNT, was appointed the first step in land distribution, the Green Patch Scheme was ready to be implemented. The Falkland Islands Company agreed to sell its farm at Green Patch to government which in turn would divide it and sell it on at subsidised terms to six farmers.

Parker's next priority was the government air service (FIGAS). When he arrived, both the Beaver seaplanes were unserviceable and morale in FIGAS and the settlements which depended on it was low. He succeeded in getting the two Beavers back in service and then set about convincing London that a land-based service was required. It was not a promising time to promote a major policy change, which implied not just the purchase of new aircraft, but investment in landing strips across the Islands, the provision of a new hangar at Stanley and additional training. But the Britten-Norman Islander was obtained for FIGAS and has been in service successfully ever since, with the exception of the 1982 conflict. 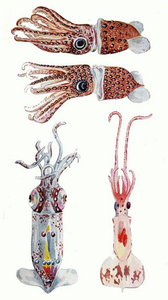 Forerunner of a flourishing...

Two licences were issued to oil-companies to carry out a survey of oil resources. But the search for oil, like a possible fisheries regime, aroused concern in London because of the likely Argentine reaction. Parker worked hard to maintain cordial relations with the captains of the fish factory ships which called at the Islands and who were very conscious that they were fortunate not to be paying for permission to fish around the Falklands.

The Shackleton Report had laid stress on krill resources, but during Parker's time most of the fishing was for fin-fish for sale in Scandinavia. However at the end of his tour there was a large catch of small squid which found a ready market in Japan and this was the forerunner of the present flourishing industry. Kelp was another potential resource in which Parker took an interest, but the expense of drying harvested kelp rendered it uneconomic in the Falklands. 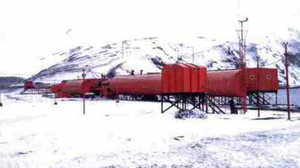 'Corbeta Uruguay' base on Southern...

Argentine pressure on the Islands was a constant theme of his term in Stanley. The Argentine station illegally planted on Southern Thule in the South Sandwich islands was discovered in the last days of 1976 and became an additional issue in Anglo-Argentine relations. Most of the time these were handled by the minister of state, Ted ROWLANDS, who made numerous visits to Stanley and Buenos Aires. Parker had to warn him on occasions that the proposal of 'lease-back' (a transfer of sovereignty to Argentina, followed by a lease of the Islands back to the UK) would simply not be acceptable to councillors.

The Islands were only defended by a small group of Royal Marines and the FIDF, with back up from HMS Endurance during the summer season. So when Parker became aware of intelligence reports of an Argentine threat, he requested urgent support from London in a telegram which was seen by Prime Minister James CALLAGHAN. A task force was assembled, including a nuclear submarine, and the Argentines backed off. In spite of the underlying problems, Parker had reasonably cordial relations with the few Argentine officials in Stanley at the time who were mainly involved in commercial links such as the air service to the mainland and the supply of gasoline. 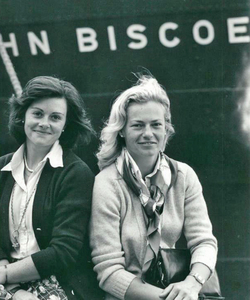 Tourism was a subject which Parker promoted: he encouraged the Hon Lucinda Buxton of Survival Anglia to visit the Islands to make a television documentary, a film and a book and these served to encourage tourists in the years after the 1982 conflict. Lucinda's father, Lord Buxton, of Anglia Television, proved a strong ally of the Falklands in those difficult years.

As governor, Parker was also high commissioner for the British Antarctic Territories and he described his annual visits to the Antarctic bases and South Georgia as 'one of the main blessings of the job'. He was very aware of the Argentine threat on the one hand and - on the other - of constant pressure from London to reduce expenditure on the British Antarctic Survey and he did his best to give the Survey all the support he could.

As a former labour attaché, Parker was particularly  pleased to recommend a minimum wage for farm and public sector workers. Employment conditions on some farms still verged on the feudal and with his experience he took a great interest in labour relations and was able to give very useful guidance.

The Parkers left the Islands on 31 January 1980, and he retired from the Foreign and Commonwealth Office shortly thereafter to take up residence in the West Country. Deidre Parker died in 2001.

I recommend reading Ewen Southby-Tailyour's book 'Reasons in Writing' for some additional perspective on Governor Parker's attitude towards the Royal Marine garrison, NP 8901. Parker does not come out looking very good, at least in EST's eyes.