FIC colonial manager, was born in Liverpool on 17 March 1799, the youngest son of John Pownall Dale, a doctor and his wife Sarah, née Briggs. Dale married Mary Astley on 21 September 1825 and they had two children, Sarah Isabel Dale and William DALE. His wife died in May 1832 and Dale then married a widow, Martha Seacombe Lafone (sister of Samuel F LAFONE). In 1834 Lafone invited Dale to come out to Montevideo and manage a salting plant (saladero), which he had established at Cerro de Montevideo. Dale, accompanied by his family settled in Montevideo and though the saladero was closed during the siege of the city, he obtained a post as British pro-consul. At the end of the siege, he was appointed the first colonial manager of the new Falkland Islands Company. On 1 July 1852, Dale, with his family, arrived in the Islands on board the FIC mail schooner Amelia from Liverpool, together with a shepherd, several artisans and their families. On board were also 46 Cheviot sheep and merchandise for sale in the Islands. The FIC directors later dispatched the barque Record to the Islands (arriving 28 September 1852), sending out a storekeeper, shepherds, artisans, and their families, more goods for sale, sheep, a Galloway bull and sheep dogs, and building materials for the construction of houses and a store. 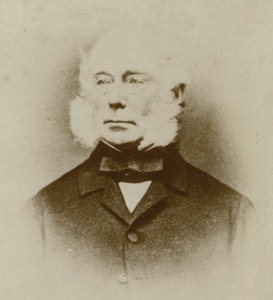 Dale had been given a detailed plan to guide him as he began the business of the FIC, much of which was poorly resourced by the directors in London. He arrived in the middle of a severe winter, with nowhere to store the goods the directors had sent out for sale, and very inadequate accommodation for himself and family. He found he was setting up in competition with the already established and financially strong business of JM DEAN & Sons. The winter of 1852 took a heavy toll of the sheep and cattle on Lafonia. Many cattle had died or were too emaciated to be worth slaughtering. Scab* was endemic among the sheep. Dale was unable to compete with Dean in the business of buying wrecks or hulks and their cargoes. However, by the onset of winter 1853 Dale had been active in organising the culling of the wild cattle for their hides, and the subsequent restocking of the camp. The buildings that had been sent out from England were erected, and the shepherds and artisans were working well. Unfortunately, the site he chose for the FIC General Store was poorly located. Dale employed his son William as Camp manager until his dismissal; William subsequently resigned the post.

A nephew of one of the directors, Emanuel Boutcher, visited the Islands in 1853. On his return to London, he reported that, in his view, Dale was managing incompetently, his bookkeeping was unsatisfactory, and he should be dismissed. This recommendation was acted on late that year.

Claiming that the FIC still owed him £600, Dale and his family stayed in Stanley for some time, at first continuing to live in the colonial manager's house, even after June 1854 when his successor, Thomas HAVERS, with his family, had arrived. Dale and his wife lived for some further years in Montevideo, until a friend left him a farm in Cheshire. The sale of this property enabled the Dales to retire in comfort at Torquay where he died on 27 April 1867. Martha died, aged 93, in 1896.