town clerk, was born on 25 January 1910 in Stanley, the second son of Albert Lellman and Frances, née Rowlands.

His grandfather Josef jumped ship in 1870 to avoid the Franco-Prussian War, in which he had a brother in each of the opposing armies. His maternal grandfather Franz Rylander was a Swedish sailor, shipwrecked in 1866, who later anglicised his name to Rowlands. 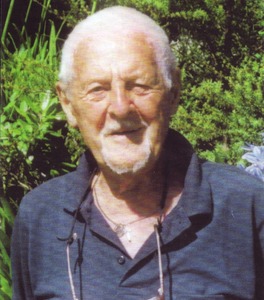 Lellman was evacuated to Camp in the war scare at the outbreak of World War I, but returned to Stanley just four days before Admiral STURDEE's fleet arrived, closely followed by von SPEE. Lellman recalls the guns of HMS Canopus literally shaking Stanley as they engaged the German fleet.

Otherwise the war had little impact, though a popular, and sometimes violent, game at school was 'pickets' in which the boys 'coaxed' drunken sailors to their liberty boat. School was compulsory up to age fourteen, but in 1924 it was extended to two years voluntary continuation, largely thanks to the efforts of the Headmaster, AR Hoare, respected by pupils and public alike. 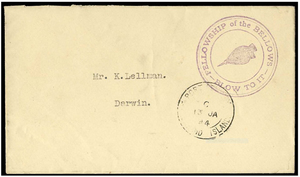 After the continuation years, Lellman was offered temporary employment in the Secretariat at £24 p.a. in 1926, later made permanent at £66. The work entailed daily visits to the governor's office and others and the general handling of 'the records' - an antiquated system unchanged for about 70 years.

In 1929 the Falkland Islands Company, which was in the throes of new management, offered him a job covering importing, costing and local shipping. He visited Britain in 1939 and was on board when war was declared. During the homeward journey he was involved in the supervision of enemy passengers. 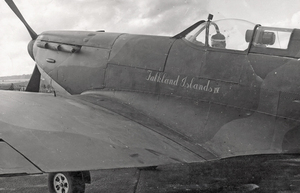 Lellman served with the Defence Force for 25 years, reaching the rank of sergeant and earning the efficiency medal.

In 1941 he was posted to Darwin, the largest farm on the Islands, and worked as bookkeeper, store manager and school teacher. He was also authorised by government to act as registrar and meteorological observer.

He returned to the civil service in 1946 and in 1948 was appointed town clerk to the newly instituted and democratically elected Town Council.

In 1953, dissatisfied with the educational possibilities for his two young sons, he emigrated to New Zealand where he spent 20 years in the public service.

Editorial comment: Karl Lellman was one of the main participants in 1948 Petition to the Colonial Office asking to have Governor Sir Miles CLIFFORD removed from office. Along with Arthur HARDY Lellman was a leading light in the protest. He never became reconciled to Clifford and his reforms. (For details about Lellman's clash with Governor Clifford see:  Stephen Palmer; 'Sir Miles Clifford, a much much maligned Governor, and the petition for his removal 1948'; Falkland Islands Journal; 2020) 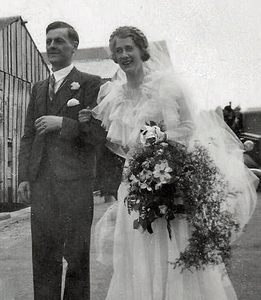