Argentine seaman and governor, was born in Mendoza on 4 November1854 and entered the Argentine Navy in 1873. As a consequence, he made several voyages to Patagonia accompanying Luis PIEDRA BUENA. With Francisco P Moreno he went on an important expedition which discovered the source of the river Santa Cruz among other topographical features in the zone. When, in 1884, the region south of Buenos Aires Province was declared by the Argentine Government to be 'National Territories' and duly subdivided into the various provinces, he was appointed the first governor of Santa Cruz. 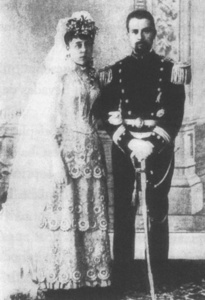 Moyano's connection with the Falkland Islands came with a visit he made there in 1885. The Argentine Government had requested him to approach the Islanders, offering them the possibility of renting large tracts of land on the mainland to extend their farming activities. The aim was to increase the population of Patagonia with more Europeans at a time when people living further north in Argentina were reluctant to settle in the south. Argentine relations with Chile were unfriendly at this time, so the solution was to approach the people of the Islands to see if they were interested in the project.

Moyano travelled to the Islands in January 1885 on the mail steamer from Punta Arenas and left on 11 March. Apart from buying 600 sheep, he managed to convince 15 shepherds formerly from Scotland, some 80 people with their families, to undertake the move to the Patagonian mainland. They included : William Dickie, William Douglas, Herbert Felton, William Halliday, John Hamilton, William McCall, George McGeorge, John Edward Rudd, and John Scott and their families, who all settled successfully. Governor KERR reported Moyano's visit to London and, referring to a report from the British Minister in Buenos Aires that the Argentine government proposed to revive its claim to the Islands, added: 'I am of the opinion that his visit was undertaken on his own responsibility and solely for the purpose which he intimated,' ie, that there was no ulterior motive. 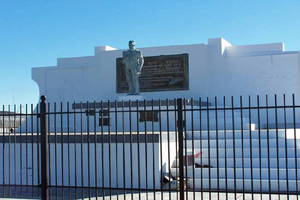 Moyano's visit also had a romantic outcome. As Sundays in Stanley were without things to do, he spent his time sauntering around the town. On passing the cathedral, he saw, among those leaving after a service, the young Edith Turner with her uncle James J. FELTON. It was love at first sight and her family accepted his proposal that they should marry, the only condition being that Edith should wait until 1886 when she reached 18 years old. Then, Moyano sent the Villarino for her and they were married in Santa Cruz on 12 September with all pomp and ceremony. They received wedding gifts from the Patagonian Indians of ponchos and other typical items and left for their honeymoon in Buenos Aires. Afterwards they returned to Patagonia where Moyano continued to serve as provincial governor until he retired in 1905 and went to live in Buenos Aires, where he died on 7 October 1910. Ethel died in Buenos Aires in 1918. They had a son and a daughter, María Clarisa.

There is now a splendid monument to Moyano's memory in Santa Cruz.