was born in Stanley in 1900 the only child of a New Zealander James Robertson, who was employed as government stock inspector and Theresa Louisa Robertson, née Carey.

In 1909 the family moved to Port Stephens (owned by WM DEAN) where Robertson's father had accepted the manager's position. Three years later, young Robertson was put into school at Dufftown, Scotland, returning home to Port Stephens at the age of 18. His parents had not seen him for six years. He served a cadetship and assisted his father with farm duties. Another two year cadetship was spent at 'Chymenaike', WM Dean's farm at Río Gallegos in Argentina. 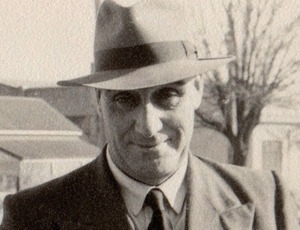 In 1926 Robertson set off on the long sea voyage to Australia to gain more knowledge of sheep farming. He spent a season in New Zealand, working in various wool classing and sorting jobs to gain experience in wool handling. Returning to Australia, he was employed as a jackaroo at Widgiewa, a sheep sub-station in NSW owned and managed by the Falkiner family, world famous for their stud merino sheep.

During his time there, he met Anne Chave who was employed as a schoolteacher at another Falkiner property. The couple married in January 1929 at St. Andrews Church, Sydney and then left for the Falklands. 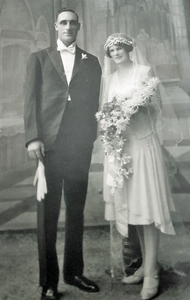 Back in Port Stephens, the next few years were taken up with the births of their two sons, James ROBERTSON (b1931) and Peter (b1933). In the meantime Robertson had resumed his assistant manager's position later becoming manager in 1934 when his parents retired and moved into Stanley. He was appointed a Justice of the Peace in 1936 by Governor HENNIKER HEATON.

In 1945 Dean sold Port Stephens to the Falkland Islands Company, thus adding to their two earlier West Falkland acquisitions - Spring Point in 1938 and Fox Bay West in 1939. Robertson was appointed West Camp manager and in the same year moved to Fox Bay West as manager including the Spring Point section which had been integrated earlier. Tom BEATY took over managing Port Stephens. TA GILRUTH, as the first Falkland Islands Company manager at Fox Bay West, moved to the East Falklands. 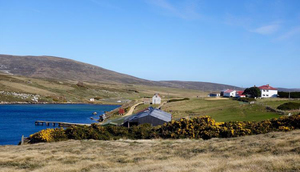 In the 1950s Robertson also took on a supervisory role for John Hamilton Estates requiring periodic visits to Weddell, Beaver and Saunders Islands. He generally assisted and advised the respective managers on farm matters and dispatched reports as required to the overseas owners.

In 1960, the Robertsons retired and moved into Stanley. Robertson kept himself occupied with essential house renovations and occasional Camp trips to the islands in his Hamilton Estates role. He served for several years as secretary for the Stanley Sports Associations annual Sheep Dog Trials. 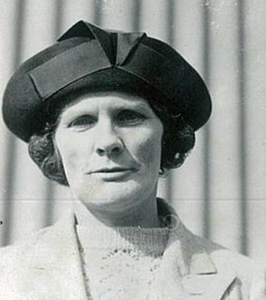 In 1974, Robertson's wife Anne died in Port Stanley. Then in early 1981 he decided to visit family and friends in Australia taking advantage of the newly opened southern air route. Some months later he collapsed while on a day's outing to a sheep farm and passed away in Goulburn Base Hospital, NSW on December 5, 1981.

Robertson spent virtually all of his working life at Port Stephens and Fox Bay West. The greater part was in an era when all means of transport was confined to horsepower. He was very knowledgeable in the ways of the Camp and a highly respected stockman. He was a tall man, generally easygoing with a good sense of humour, forthright when his patience was tested and a fine storyteller especially of old-time Camp life. 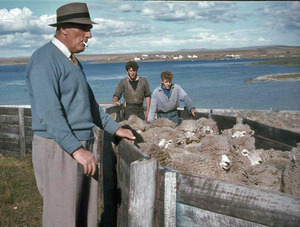 Robertson related well with his contemporaries and farm workers and had a keen interest in and extensive knowledge of local family histories and backgrounds. A keen judge of horses as well as a master sheepdog trainer, he won many local competitions at annual sports meetings. Along with his son Peter and a few others, he had the distinction of competing in Stanley Sheep Dog Trials Exhibition to mark the Duke of EDINBURGH's visit to the Falkland Islands in 1957. Robertson was a valuable member and contributor to the farming community during his working life and was responsible in the latter part for the essential upgrading and development of Fox Bay West.