farmer, was born in Brightwater, New Zealand, the third of 11 children of James Robertson and Jane née Honeyman.

He worked for Nelson Bros Freezing Company in Blenheim prior to his departure for the Falkland Islands.

He arrived at Stanley in September 1895 on the SS Abydos. Robertson had been engaged by the Falkland Islands government as an assistant inspector of stock for their sheep scab eradication programme. Also on board the ship were New Zealanders John Kennedy, another assistant inspector, and John Tindale Mowat and family. 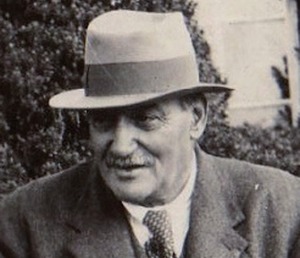 Mowat a stockman/woolbuyer had been chosen by government as the first FIG stock inspector for his experience clearing scab in New Zealand and California. However he was so unimpressed by and indeed scathing of Falkland farming practices and the poor quality sheep that he and his family left the Islands after just over a year, recommending that New Zealand bred Romney Marsh stock be introduced.

Robertson was appointed acting chief inspector on Mowat's departure and was confirmed in the post in early 1897. John Kennedy was his assistant. The first shipment of 500 New Zealand Romney Marsh ewes and rams arrived in the Falklands in 1896. Further shipments followed during the next 20 years. 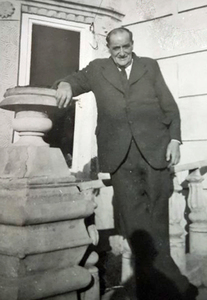 In 1898 Robertson married Theresa Louisa Carey. Their only child Charles ROBERTSON was born in 1900.

In 1909 Robertson accepted the manager's position at Port Stephens and Port Edgar, owned by WM DEAN, succeeding HH HENNAH. Robertson's sound policies and achievements over the years brought much improvement to the farm by way of structural and other control of the very large areas of Camp by division. New Zealand Romney Marsh stock were introduced in the early years and this style of sheep prevailed for many years.

Robertson was an outspoken man of strong personality and many virtues. Well-known for his influence and dominance on the farm, he was greatly respected by friends, employees and others alike throughout the Islands. Visitors to Port Stephens could be always assured of warm hospitality and assistance at all times. 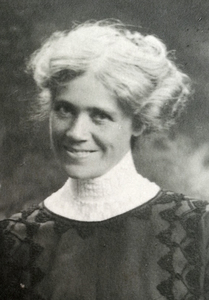 He took the oath as a Justice of the Peace on May 12, 1913 before Governor ALLARDYCE. In 1934 the Robertsons retired and moved into Stanley to live while their son Charles took over the management of the farm.