US consul, was born in 1793 or 1794, most likely in Alexandria, Virginia, the eldest son of a prominent Virginia family headed by Captain George and Mrs Jane H Slacum. While little is known about young George's childhood or education, his father was a well-regarded and quite wealthy merchant. Captain Slacum died at age 54 on 14 October 1810, leaving his widow Jane to care for the family, and leaving his seven slaves to his eldest son, George W. 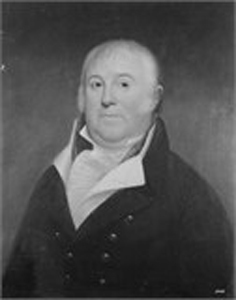 Between 1810 and 1818, George W Slacum moved to New York and established a commercial trading house. In the spring of 1818, he travelled to the frontier states of Kentucky and Missouri to explore business opportunities, bearing letters of introduction from well-known East Coast families. On 23 February 1819, seeking a different career, Slacum applied for the position of US consul at Glasgow. Despite letters of recommendation from Supreme Court Justice Bushrod Washington (nephew of George Washington) and Edmond Jennings Lee (uncle of Robert E Lee), Slacum was denied the post. A subsequent application, in February 1821, for the post of commercial agent at Havana was also refused.

On 19 April 1824, Slacum was finally appointed to the post of US consul at Buenos Aires, where his tenure proved controversial. Although Slacum was, at first, warmly welcomed by the long-serving and highly-regarded US chargé d'affaires in Buenos Aires, John M Forbes, they subsequently clashed repeatedly and publicly. Nevertheless, after Forbes's death in June 1831, Slacum took possession of his official papers and sought to assume the role of US diplomatic representative arguing that he was the sole US government agent in Buenos Aires. Shortly  afterwards, Slacum strongly protested to Argentine Foreign Minister Tomás Manuel de Anchorena, in an exchange which became intemperate, over the seizure in July 1831 of three American vessels accused of sealing without a license by Louis VERNET, appointed Political and Military Commandant of the Falkland/Malvinas Islands by the Argentine government. Slacum did so because the US government contested the right of Vernet and the Argentine government to restrict or regulate US sealing, whaling or fishing in and around the Islands. 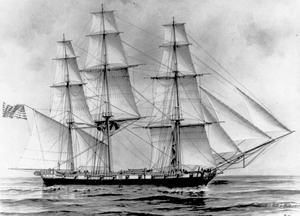 Slacum was warned by the foreign minister that his protests were unauthorized - as he was only a consul - and could cause retaliation by Argentina. Slacum consulted the British envoys in Buenos Aires, Henry S Fox and Woodbine PARISH. When they informed Slacum of the British claim to the Islands, Slacum shared with them his correspondence with the Argentine government and notified them that he was going to send copies of his correspondence to the US minister in London, Martin Van Buren. In a subsequent letter to US Secretary of State Edward Livingston, Slacum reported this meeting with the British diplomats, indicating that he was going to send copies of his correspondence to Van Buren because an opportunity might exist for 'some understanding between the Government of the United States and that of Great Britain.' In this same letter though, Slacum expressed concern about the British claim and warned Livingston that 'the most powerful reasons exist[ed] why England should not be permitted to colonise those Islands....' Slacum also warned Livingston, (perhaps as a veiled recommendation for US occupation) that the Islands should not become a haven for adventurers, leaving US 'commerce round the Cape ... exposed to robbery and destruction....'

In late November 1831, Commander Silas DUNCAN (USS Lexington) arrived in the River Plate, referred to his duty to protect US citizens and commerce, and asked Slacum about the US ships captured by Vernet. Slacum replied that he thought it advisable to 'call that protection into requisition,' characterizing Vernet's seizure of the vessels as 'violent and illegal.' Duncan then sailed for the Islands, arriving at the Argentine settlement in the Islands on 28 December. He raided the storehouses, recovered the American cargos seized by Vernet, spiked the settlement's cannon, set fire to the powder, and arrested Vernet's director of seal fisheries, Mathew BRISBANE, and six other subordinates of Vernet. Duncan also induced most of the settlers to leave on the Lexington. Duncan released the settlers in Montevideo, and handed his seven prisoners to his superior Commodore Rodgers in Rio de Janiero. After receiving notification from the government of Buenos Aires that Vernet and his subordinates had acted under its authority, Rodgers released the prisoners in Buenos Aires in April 1832.

After what the Lexington had done became known in Buenos Aires, the Argentine government withdrew recognition from Slacum as consul. Later, Slacum took refuge in the house of the newly arrived US Chargé Francis Baylies to avoid arrest by the Argentine police, after they discovered that he was going to fight a duel. When Baylies abandoned his negotiations with the Argentines over the Lexington affair, and asked for his passports, he appointed Slacum private secretary and part of the 'diplomatic family.' Baylies did this to give Slacum diplomatic immunity in order to protect him from the Buenos Aires police and possibly from an attempted civil suit for slander by Vernet. Slacum left Buenos Aires with Baylies and his staff on the US frigate Warren.  This however, did not end his career in the US consular service. He served as US consul at Río de Janeiro, starting in 1837, and then declined a subsequent appointment as US consul at Acapulco, Mexico in 1852.

George W Slacum passed away after a long illness on 9 March 1861 at the age of 67 in his sister's home at Covington, Kentucky.