German botanist and polar researcher, one of the earliest scientists to winter on South Georgia, was born in 1852 probably in Erlangen, Bavaria, where his father, the natural scientist and zoologist Johann Friedrich Will (1815-1868), was a professor of zoology at the university. 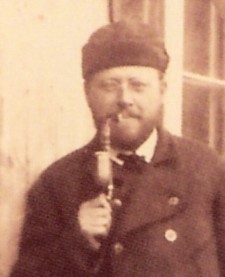 Hermann Will studied biology and wrote his PhD thesis on the development of seeds, the results of research at the Pflanzenphysiologische Versuchs-Station in Tharandt (near Dresden). He received his doctorate from the Friedrich-Alexander-Universität at Erlangen in 1882 before he joined the German expedition to South Georgia as a botanist in the same year.

This expedition, led by the astronomer Carl SCHRADER, was part of the International Polar Year (1882-1883). Will boarded the corvette Moltke in Montevideo with six other scientists, a cook, a carpenter, a sailmaker, and a seaman to establish an observatory and research station in South Georgia. They arrived on 16 August 1882 and selected a site in Royal Bay after attempts elsewhere. After the removal of one to two metres of snow by the ship’s crew, the station was established on the shore of Moltke Harbour and opened on 3 September, when Moltke departed. Subsequently Will and his colleague, engineer Eugen Mosthaff, had to dig long ditches to divert meltwater from flooding the observatories. 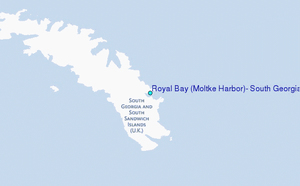 The routine of meteorological and magnetic observations began soon after, while Will started his botanical and geological collections making excursions into the surrounding country by foot and boat. One of his tasks was to shoot seals and other species for specimens. He also collected eggs and adult petrels, gulls and penguins - not only for the zoologist Karl von den Steinen, but also for food. In addition, he was in charge of alcoholic drinks including Spatenbrau, from Munich, provided by one of the Sedlmayer brothers who owned the brewery, and various wines and rums. At the end of October Will participated in magnetic measurements and assisted at the observation of the magnetic variations during the special term days when the Polar Year observatories throughout the world made synchronous identical and detailed observations. He even tried to understand the underlying mathematical theory.

In early November 1882, eight men took a whaling boat to investigate and survey the two glaciers entering Royal Bay: Ross Glacier and Weddell Glacier. A gentoo penguin colony close to the later provided about 300 eggs. These, with many other, excursions had an important role during the year of seclusion in a sub-polar region which were recorded in interesting descriptions for the official station diary. This was written by the seven scientists and started on 20 September 1882. However they stopped writing on 4 March 1883, after a short discussion about its value. 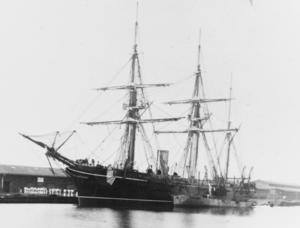 In addition to normal duties, Will and the mechanic Adolf Zschau laid out two small fields with careful drainage, resembling a hotbed and using dung of the livestock (three oxen, 17 sheep, six goats, and three kids intended as meat). Will’s experimental garden had an area of 4 m² where he sowed special fast-growing seeds from Sweden. However, wheat and barley did not sprout while the rye seedlings where destroyed by a snowstorm in early March 1883. Zschau planted some vegetables and harvested cress for the kitchen (although the potatoes produced only a small crop about the size of walnuts.) In November Will constructed an experimental model to observe the transit of Venus on 6 December 1882. Four days later most of the station members started a longer one day excursion to the glacier southwest of Pirner Peak (probably the Ross Glacier). The 13 December was Will’s thirtieth birthday, the first such celebration at Royal Bay. As special present he received a sketch of his botanical garden drawn by Mosthaff. To conclude a colleague read the first copy of the Neueste Südpol Nachrichten, written by two station members. Time passed slowly, each day like the others, including scientific work, dining, smoking, playing cards, with excursions providing the only breaks. Unexpectedly the corvette Marie appeared on 1 September 1883 to relieve the expedition and bring the men to Montevideo. Will returned to Hamburg on 15 November 1883 aboard a passenger steamer.

His colleagues described Will as a person with a mild face framed by a blond beard radiating a sense of calm and experience of life, who loved to smoke cigars. He wrote four articles on his work in South Georgia for official reports and geographical magazines. His botanical collection was given to the Naturhistorisches Museum in Hamburg, which was partly destroyed by an air attack in 1943.