official and magistrate, was born in Matlock, Derbyshire, on 8 May 1888, the son of William Barlas, a Scots gardener and his wife Betsy. He was educated in Scotland at Pitlochry High School and Thomson's Academy, Dundee. 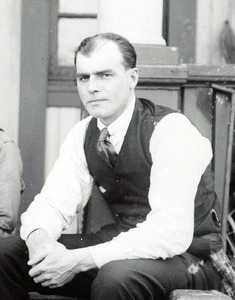 Barlas came out to West Falkland in February 1908 as a travelling schoolteacher before being appointed acting headmaster at the Government School in Stanley in June 1913 for a short period.

A series of government appointments followed. Beginning on 3 November 1914, he was appointed acting stipendiary magistrate, coroner, deputy receiver of wrecks, deputy collector of customs and postmaster of the South Shetlands Islands. He resided at Deception Island for the 1914-15 austral summer.

In April 1915 he was appointed junior clerk in the colonial secretary's office, Stanley. Subsequently in March 1916 he became magistrate and deputy collector of customs, New Island. Although this was his official post until 1919, he was seconded to South Georgia for almost two years and was government representative in the South Orkney Islands for the 1920-21 summer. 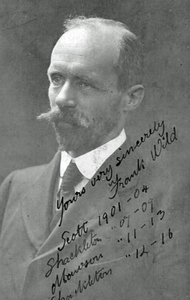 Barlas also served as Justice of the Peace for the Dependencies from 1919 to 1941. On 1 January 1920 he was appointed deputy magistrate for South Georgia and in January 1922 he received news of Sir Ernest SHACKLETON's death. Quest's captain, Frank Wild wrote:

I saw Mr. Barlas, the assistant magistrate. It is curious how one notices small things at a time like this. One incident stands out vividly in my memory. At the moment of my telling him he was lighting a cigarette, which he dropped on the tablecloth, where it continued to burn. I remember picking it up for him and placing it where it could do no harm. 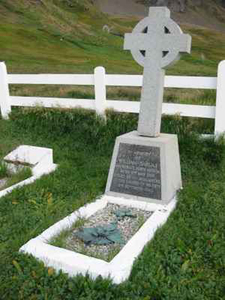 During the 1920s he held various interim appointments in Stanley, most notably chief clerk and clerk of councils but also including the governor's private secretary, local auditor and acting colonial postmaster. Once again he served a summer as representative in the South Shetland Islands and Graham Land, resident at Deception Island, for 1927-28. On 27 September 1928 he was officially appointed as the magistrate and postmaster at South Georgia, appointments he held until his untimely death in 1941.

A regular member of the Falkland Islands Defence Force since 1914, Barlas was appointed officer commanding the scratch force of whalers, British and Norwegian, known as the South Georgia Defence Force with the commissioned rank of Major in 1940. 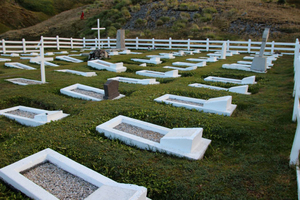 In 1935 he was awarded the King's Silver Jubilee Medal, one of ten people from the Falklands so honoured. In 1941 he was appointed MBE.

He solemnised the first marriage in South Georgia, between his postal clerk, Alfred Nelson Jones, and Vera Riches on 24 February 1932.

On 2 September 1941 he was killed by a snow slide which pushed him into the sea while he was walking along the track between King Edward Point and Grytviken. He is buried in Grytviken cemetery with a granite Celtic cross over his grave.

William Barlas or 'Wullie' as he was affectionately known was a keen sportsman, actively participating in football and athletics. He was remembered as an avid cricketer and a particularly good medium-pace bowler. In addition to his love of golf, it seems he was very involved in various theatre productions. His obituary commented on his 'excellent portrayal of Spettigue in the play 'Charlie's Aunt' in Stanley in 1937.' His friends described him as a modest, unassuming man, with kindness always radiating from his spectacled eyes. He was married to Christina Scott Robertson of Pitlochry, Scotland. 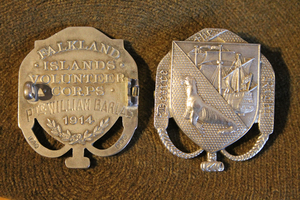 Barlas's memory lives on in Barlas Bank (a small submarine bank one and a half miles south east of Cape Buller, South Georgia), Barlas Channel (in the northern part of Laubeuf Fjord near Adelaide Island) and Cape Barlas (the Cape marking the northern end of Fredriksen Island in the South Orkney Islands).