civil servant, was born at  Fitzroy, East Falkland on 5 May 1899, son of Gaston Nicholas Fleuret and his wife  Mary, née Pitaluga. His grandfather, Augustus Nicholas Fleuret, was a gaucho from Paris who had married a widow, Margaret Ellen Warren, in Stanley. 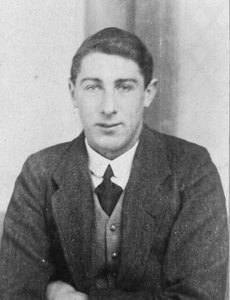 Following education at the government school in Stanley, he began his career in government service aged 13 as a messenger in the secretariat in December 1912, being promoted to junior clerk in January 1914, and second clerk in the treasury and customs in October 1919. Fleuret returned to the secretariat the following year when he acted as chief clerk and clerk of councils.

In November 1922 he accompanied SS Falkland as customs officer to Punta Arenas. Fleuret was then appointed second clerk back in the secretariat in 1924 then chief clerk in 1928. On 15 August 1931 Fleuret was appointed special constable in order to enforce the legal arrest of the SS Fleurus during her voyage from Stanley to West Falkland and return to Stanley. 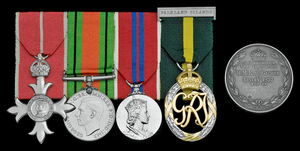 In 1937 he was appointed assistant colonial secretary and clerk of councils then, in January 1941, he became officer in charge at the secretariat. In addition to these posts, Fleuret held a number of further jobs: private secretary to the governor and aide-de-camp to two governors, HENNIKER HEATON and CARDINALL. He also acted as postmaster (March 1939) and magistrate in May of that year and the previous one.

On 12 November 1924 Fleuret married Gladys Lillian Etheridge at Christ Church  Cathedral. They had one son: Eric Isadore Fleuret (b1931).

Fleuret was a keen member of the FIDF and a great deal of its progress and efficiency were due to his efforts. He started at the bottom and was promoted to second lieutenant in January 1931, lieutenant in March 1934, and acted as officer commanding and adjutant in May the following year. In September 1936 he was appointed adjutant and captain in May 1937, achieving his highest rank, major, in August 1942. 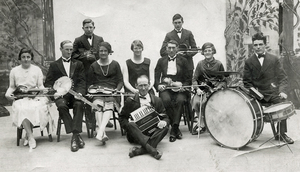 He was rewarded for his work in the force when in 1940 he was appointed MBE (Military Division). Fleuret also received the Efficiency Decoration of the FIDF in March 1947. As one of the best rifle shots in the Islands, he captained the Falkland Islands Shooting Team at Bisley on three occasions, winning the Kolopore Trophy on two of those and the Junior McKinnon on the third.

Fleuret was appointed magistrate in South Georgia on 17 April 1942, and promoted to the rank of Major in the FIDF. He was appointed Officer Commanding South Georgia Defences. This entailed overseeing the manning of the 4 inch naval guns that had been installed to defend the whaling stations at Grytviken and Leith Harbour. Such an appointment was very appropriate because Fleuret already had ten years of experience of coastal gunnery with the 6 inch naval guns mounted on Canopus Hill. outside Stanley. 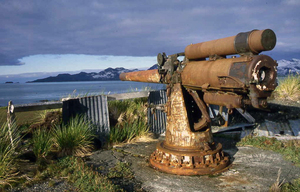 When Fleuret returned to Stanley for leave in 1945, it was reported that there 'hasn't been a single court case there since 1942, the year Major A I Fleuret MBE arrived to become Magistrate and virtual Governor of the territory.' The article, from The Standard (of August 28, 1945), went on to state that he was now in Buenos Aires with his wife and 14 year old son waiting for a ship to take them to Britain so the boy could go to school in England.

In addition to being the magistrate, he held a quiver of South Georgia posts: coroner, deputy collector, deputy postmaster, shipping master and receiver of wrecks.

In April 1951 Fleuret, who had suffered from severe asthma up to the age of 17, was medically examined in London. He was not considered fit for further service in South Georgia or the Falkland Islands and was retired on medical grounds on 13 July 1952. 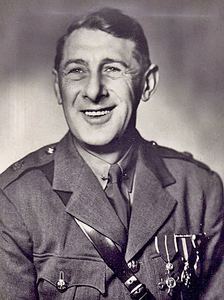 (1) From the Jane Cameron National Archives: Gaston Fleuret [Arthur's father] was recorded as being a butcher at the time of his marriage to Mary, the witnesses to their marriage were Richard Goss and Rose Pitaluga. On 16 June 1903 Gaston went as a guide to three men belonging to the sealing schooner Beatrice L Corkum on a shooting trip in one of the schooner’s boats. The boat overturned in Port William and Gaston and two others drowned. 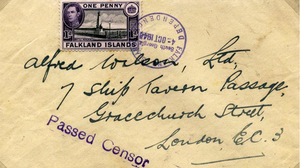 He was appointed Aide-de-Camp to His Excellency the Governor with effect from 11 February 1935. Lieutenant Fleuret was appointed to act as Officer Commanding, May-October 1935, and as Adjutant, May-December 1935. He was appointed Adjutant on 26 September 1936; promoted to Captain on 4 May 1935 and to Major on 6 August 1942.

In April 1942 he was appointed Officer Commanding South Georgia Defences, with the rank of Major. Fleuret was awarded the Efficiency Decoration (Falkland Islands) on 21 March 1947. He was ‘honourably discharged from the Force on 4 September 1952 after having faithfully and efficiently served therein for a period of 29 years and 220 days and was placed on the Retired List’.

After his retirement he was asked to represent the Falkland Islands at the Coronation of 1953, for which, in that capacity, he was awarded the Coronation Medal.

(3) Magistrates and Administrators on South Georgia: