magistrate, was born in Forfarshire, Scotland on 20 November 1882. He arrived in the Falkland Islands on 17 April 1903 on board the Orcana. He was enrolled in government service on the same day as a travelling teacher. His first appointment was to a large area of West Falklands, including Port Stephens, Port Edgar, Weddell Island, Beaver Island and New Island. Wilson came back into Stanley during March 1908 and was appointed acting government schoolmaster. 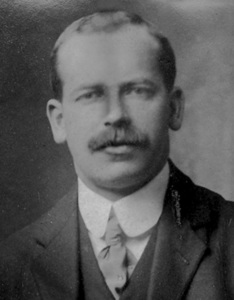 Wilson took an active part in the social life of Stanley; he was appointed to the Library Committee; he contributed to the funds of the Horticultural Society and also to the Museum. He sang in local concerts and in September 1909 he played the part of Mr Moggridge in Sarah's Young Man at the Assembly Rooms.

Governor ALLARDYCE was impressed by Wilson's ability and sent him to administer South Georgia and its developing Elephant Sealing industry. Wilson was appointed as the first stipendiary magistrate, and he arrived at South Georgia on 30 November 1909 on board the Coronda. On 4 December 1909 a Post Office was opened on South Georgia, with Wilson as the first postmaster. He inspected all the whaling stations during December 1909 while travelling in the Undine, and he conducted the first census of South Georgia. (South Georgia's population was then 720; 93% of whom were Scandinavian) 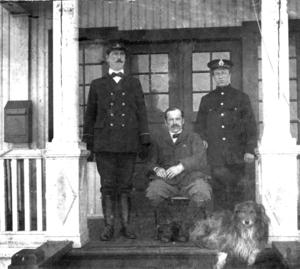 Wilson's despatches and memoranda to Governor Allardyce reveal a careful and methodical man - well suited to the administration of a burgeoning industry far from the centre of government. His descriptions of the coastline and the locations of Fur and Elephant Seal rookeries are precise and informative. Wilson quickly realised that although the Fur Seal stocks had not recovered from the nineteenth century exploitation, the Elephant Seal stock had recovered sufficiently to enable controlled exploitation. It was Wilson who devised the pattern of dividing the coastline of South Georgia into four divisions to be used by the sealers in strict rotation to conserve the stocks. The sealing quotas that he established proved remarkably accurate; the 6,000 annual quota which Wilson established remained unchanged until exploitation ceased in 1964, except between 1947-52 when it was unwisely increased.

Allardyce and Wilson held the view that 'a viable long term operation could only occur if stock conservation legislation was enacted and enforced'. Allardyce sent a confidential despatch to Wilson asking for any information about the whaling and sealing operations of foreign vessels along the coast of South Georgia. But he warned Wilson that any action he might take under the Seal Fisheries (Dependencies) Ordinance 1909 'would require the greatest circumspection'. 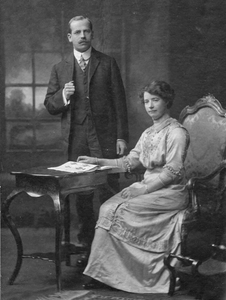 Wilson also made a significant contribution to the management and conservation of whale stocks. By 1910 seventeen whaler-catchers were working in South Georgia waters, and all the companies except one continued whaling operations throughout the winter. There were six shore stations and seven floating factories. Wilson's appointment was a major element in Governor Allardyce's attempts to control and restrict whaling.

Once reporting to Allardyce, Wilson used the memorable phrase 'the Whaler's El Dorado.' South Georgia, he wrote, 'is in truth the whaler's El Dorado, and like most such places, the hunter's expectations are far from moderate'. Wilson clearly understood the realities of the whaling industry. He wrote on 8 April 1912 to Allardyce: 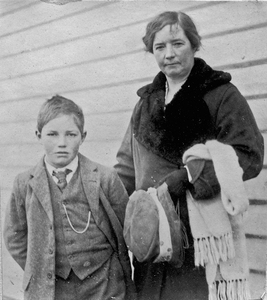 There is no discrimination amongst the whalers even when they know the difference of sex. And females with a newly born or young calf are deliberately hunted down and usually fall an easy prey to the hunter. The whaler knows well that the mother whale will not travel very fast owing to her calf which she seldom, if ever, leaves, and he frequently takes advantage of this knowledge to kill the young calf first, not for its value which is practically nil, but in order that he may more easily capture the mother. When the young whale is killed the poor mother lingers alongside the vessel, and soon meets with the same fate of her offspring. Such deliberate killing of mother and calf is of common occurrence.

Wilson's work was much admired at the Colonial Office: in 1916, the Secretary of State, Bonar Law minuted on Wilson's last report from South Georgia: 'My great appreciation of this very interesting report, and the accompanying notes on Blue, Fin, Humpback and Sei whales'. 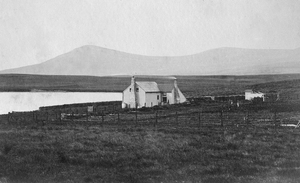 Wilson drew a number of the early sketch maps of the coastline of South Georgia; his precise drawings show much detail including location of navigation lights, major hazards and the position of the whaling stations. These drawing are now lodged in the Admiralty Hydrographic Office, Taunton.

Wilson probably went on home leave in 1912 where he married Jean Robertson, who was born near Aberdeen on 23 February 1882. They had one son, Arnold James, born c1913.

In 1914 Wilson was succeeded by Edward BINNIE as stipendiary magistrate of South Georgia, and he then probably returned to the UK where he seems to have collected his wife and infant son. In May 1915 the Wilson family arrived back in the Falkland Islands, and Wilson was appointed stipendiary magistrate of West Falkland, based at Fox Bay. During this time Wilson also served as Falkland Islands Dependencies administrator on Deception Island for the summer seasons of 1915-1916 and 1916-1917. He travelled extensively and collected geological specimens from the Antarctic archipelago, Trinity Island and the South Shetland Islands. 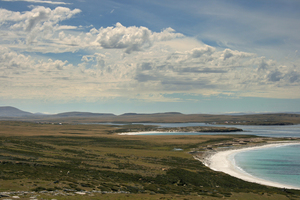 On 30 July 1918 Wilson resigned from government service; the Church Magazine on July 1918 reported:

Mr J. Innes Wilson, after fifteen years in Government service, has resigned. During these years Mr Wilson has acted in many capacities and this has enabled him to gain a wide knowledge of the Falkland Islands and dependencies. During the last three years he has been Stipendiary Magistrate on the West Falklands, where by his tact and unfailing courtesy he has won general esteem.

Wilson was appointed manager of Fox Bay East sheep farm, and on 1 October 1918 he was appointed a JP. He continued to manage the farm until November 1924. The Wilson family finally returned to the UK in December 1924.

The Church Magazine of December 1924 commented:

Mr and Mrs J. Innes Wilson left the Colony in RMS Ortega and are not likely to be returning. Mr Wilson had a fine record during the years he was in the Government Service. Subsequently as Manager of Fox Bay E, Mr Wilson proved an enthusiastic and successful farmer.

Wilson Harbour (54°07'S 34°41'W) between Kade Point and Cape Demidov on South Georgia was probably named after Wilson who first prepared sketch maps of this area in 1912.