mother and philatelist, was born on 29 August 1929 the middle child and only daughter of Theodore Conrad 'Con' Rowlands and Lucy, née Larsen. 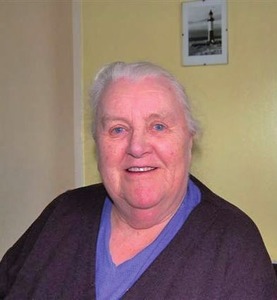 Betty attended Stanley schools where she was a capable but rebellious pupil. She stubbornly resisted all attempts to make her change from writing with her left hand as was the custom of most teachers at the time. For a short period during World War II she was evacuated from Stanley and lived with an uncle and aunt at Darwin.

Like most children from poorer families at that time, Betty Rowlands and her brothers worked part-time after school and at weekends, John as a peat boy while Betty did domestic work for a neighbour and delivered bills and the local newspaper. After leaving school she continued to work for the Dixon family for 10 shillings per month until she turned 16 and was able to obtain work as an auxiliary nurse. This came with the bonus of accommodation in the nurses' house, and escape from the strict rules at home. Nursing was learned on the job and with no formal training. Betty soon found herself on night duty, in sole charge and responsible for deciding whether to wake the matron or sister who would be asleep in the hospital, to deal with a new arrival or very ill or demanding patient. One of the highlights of this time was nursing the much decorated SAS war hero Colonel Blair (Paddy) Mayne after he was invalided out of his post-war job in the Antarctic and was in the KEMH for a short time. Learning of Mayne's love of roses, Betty 'borrowed' some for him from a patient who would not miss them. She was amused when, in spite of his back injury, he escaped through a window one evening to attend a party at Government House. 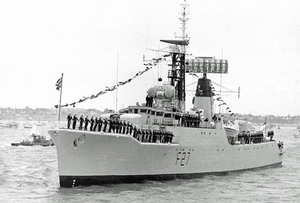 In 1947 Betty married Basil William Biggs (1918-1987), who had recently returned from RAF service in India and Burma and was working as hospital caretaker.

By January 1954 when Basil was appointed policeman/handyman for South Georgia and the family moved there, they had had three children, Janet (b1948), Coleen (b1949) and Peter (b1951). The move meant a higher wage and better housing.

As one of a handful of women on the Island, Betty had to sew and knit clothing for the growing children as well as teaching them. Ships were infrequent and there was no mail for months in winter. She showed great skill and ingenuity in producing snow suits for three children from available materials like blankets, bedspreads and cast-off adult clothing. 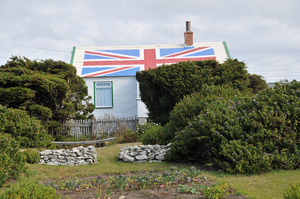 Teaching was another matter; it was difficult to obtain books and materials and even more difficult for her to pin down three lively children for lessons. However, none appears to have suffered from their irregular and unconventional early education. Socially there were card evenings and occasional parties. The wives had to be very self-sufficient and some lasting friendships were formed between people from very disparate backgrounds. Betty's quiet kindness is remembered by many who passed time in South Georgia in the 16 years she spent there. Some of the Norwegian whalers also became family friends: Einar Strand the blacksmith was one who loved to escape for a game of cribbage and Betty still plays with the brass board he made in the 1950s. For a while there was an explorer in the attic; one of Duncan CARSE's mapping expeditions had run into some difficulty so he had to lodge with the Biggs household for a time. The only space available was in the loft so he camped there.

Winters were hard and long and the entire family learned to ski; occasionally Betty would ski around to the whaling station to watch a film in the 'kino'. In 1967 Betty, now expecting a fourth child, was sent to Stanley on the mid-winter trip of RMS Darwin. The doctor on board became anxious and asked if there was anything faster in the area. Fortuitously, and fortunately, HMS Lynx was on passage from South Africa so came to the rescue. After a dramatic mid-ocean rendezvous at night when Betty was tied onto a stretcher and winched into and out of a small boat for the transfer, HMS Lynx set off at speed for the Falklands. The Captain famously announced to the ship's company that Mrs Biggs was no more likely to give birth on board than he was. Pauline Lynx Biggs was born as they sailed into Stanley harbour. 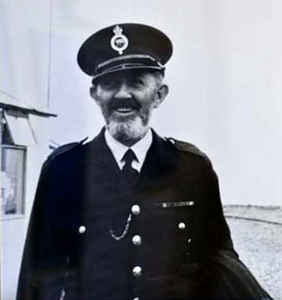 Betty Biggs has been a stamp enthusiast since childhood and on South Georgia she had an opportunity to do some work for London stamp dealers who had special requirements. She spent many nights tearing and sticking stamps to catch the rare outward mails. Back in the Falklands, Betty was able to put her stamp expertise to good use in the early 1970s when the postmaster Henry Luxton asked her to work part-time fulfilling the many specialist stamp orders received by the post office. Demand grew and eventually the philatelic bureau was set up. One of the tasks that Betty undertook for the bureau after the Falklands war in 1982 was to travel to South Georgia to release new stamp issues there. She enjoyed the work and continued to serve her many specialist customers until forced to take early retirement during the financial panic of the early 1990s, when Falklands councillors decided to save money by replacing a number of experienced people with school leavers.

Always patriotic, Betty supports the Falkland Islands Association and just before the war in 1982 she felt so strongly about the assumption being made that 'leaseback' would be good for the Falklands that she took action. The Foreign Office, as represented in the Islands by Governor HUNT, was mooting the idea that a leaseback arrangement with Argentina would be good for the Falklands and 'solve' the sovereignty problem. One of the councillors, having toured part of West Falkland, claimed most people were in favour. Betty and a friend, convinced that this was not true in Stanley, visited the majority of households with a simple questionnaire asking whether or not people favoured leaseback. The result, an almost unanimous 'no', was given to Rex Hunt. Unfortunately there is no public record of how far this message was relayed. 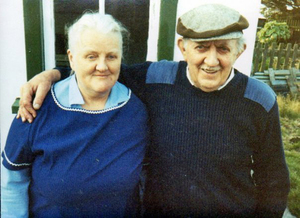 Betty and Basil Biggs at their home...

Betty now lives as she wishes under the union flag which was painted on her roof in Stanley by friends and enjoys regular visits from her family, especially the younger grandchildren and great grandchildren - and the occasional folk-night in the pubs.

I remember Basil and Betty very well. They were very nice people. I was the government radio operator for about a year on South Georgia. Unfortunately i got thrown off the island for fighting with two Chilenos for trying to kill my pigeons (all a bit vague). I left the island on a US mapping boat ( Captain King) and had an idealic 2 weeks eating philipino meals before arriving in Port Stanley.