politician, entrepreneur, former member of the Falkland Islands Dependences Survey. Cheek was born on18 November 1939, at Hill Cove - as were both his parents Frederick John CHEEK (16 May 1911 – 14 August 1994) and Dorothy Mary Gladys née Johnson (5 February 1915 – 24 January 1984). Cheek’s younger brother – Gerald Winston Cheek was born in August 1941. A maternal great, great grandfather was John RUDD (1827-1864) making him a fifth generation of that family in the Falkland Islands. 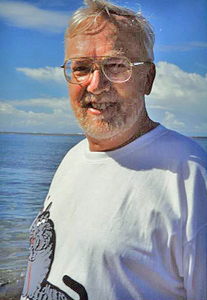 The family moved to Stanley to ensure full time education for their two sons. Cheek’s school performance was hampered by very poor sight until he received his first spectacles aged 12 and began to excel. He made pocket money working as peat boy at the Deanery for two successive Church of England ministers who both encouraged him to read widely, something he greatly appreciated throughout his life. When he left school aged fourteen he undertook a radio operator/met observer apprenticeship with the Falkland Islands Dependencies Survey (FIDS) in 1954. On completion he had a chance to work on Antarctic bases. Ironically, he intended to save sufficient money to leave the Falklands, an ambition shared by many of his generation who saw few opportunities in the Islands. 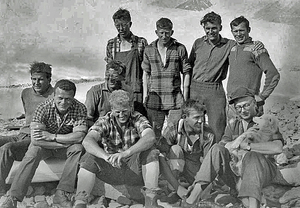 Cheek was the youngest on base in 1959 his first year at Hope Bay where he unusually successfully completed three consecutive years. He loved the life and began dog driving in support of geologists and other scientists, soon becoming skilled and proud of his team which was trained to run on a fan trace rather than the more common side by side formation. During that time and a subsequent year at Stonington base he sledged over 2000 miles including laying food and fuel depots for future journeys. He experienced many adventures including once losing a main tent in high wind and on another occasion going through weak sea ice with the sledge and attributed his escape to his dogs. In an archive interview a former base leader Noel Downham credits much of the success of moving five tons late one season to:

‘Cheeko’ who knew how to get the dogs to work, if the dogs didn’t take it, he was a big man he would carry [it] himself.

He made lifelong friends in what was a formative time in his life. His daughter Rosalind, speaking at his memorial service, aptly described his Antarctic years as having been his university.

He used his FIDS savings to fund formal radio operator/technician studies in the UK in 1963 and returned to the Antarctic for a year at Stonington Island in 1964. From there he moved on to the merchant navy with the Union Castle line on the South Africa route. He loved South Africa and may have settled there but could not tolerate the politics of apartheid and after several voyages felt the call of home. He returned to work in the Falklands wireless station in 1966, just in time to meet his future wife who was about to depart to study in the UK where they married two years later when he was on leave after a courtship involving letters exchanged via the monthly voyages of RMS Darwin. 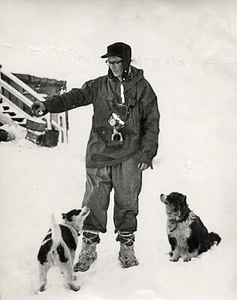 Whilst busy raising a family and acquiring further qualifications in his role as senior engineer at Cable and Wireless (by then responsible for telecommunications in the Falklands), Cheek also took an increasing interest in Falklands politics. He was frustrated by the democratic deficit of the system where some legislators were still appointed not elected and civil servants were able to vote with appointees leaving elected representatives outnumbered. He and colleagues addressed this in constitutional reform in the years ahead and in 1985 Sir Geoffrey Howe confirmed in Parliament the increase in elected members, that no more would be appointed and HMG’s acceptance that only elected members should vote.  Like most Islanders in the 1970s and early 1980s Cheek was very anxious about the increasing foothold Argentina had gained as successive British governments gave a strong impression that they would be happy to offload the Islands. He was active in the local Falkland Islands committee working with the parallel group in the UK to lobby and alert interested MPs and others. He was elected to the Legislative Council on his second attempt in 1981 and soon after, with colleague L G (Tim) BLAKE (b.1935), took part in the Washington talks with Argentina in February 1982 where they believed a joint communique had been agreed pending further discussions, only to have the Argentine Junta put out something contradictory before they arrived home.

Cheek was undertaking a management course within Cable and Wireless group in the UK when he heard of the Argentine invasion. His course ended on 2 April, thus instead of enjoying a planned family holiday he found himself de facto a spokesman for the Falklands. During the following weeks he juggled monitoring telecoms traffic to pass information gleaned to the Ministry of Defence (MOD), dealing with media and politicians, and working long hours with the team including many volunteers at the Falklands Association office. During those difficult days he had valuable advice from Bill Hunter CHRISTIE (1922-1997) and others. In April he and his wife spent three days in New York aiming to show the US that the war was about people, not just territory. The success of an elected representative speaking for the Falklands was praised by the British Ambassador to the US Sir Nicholas Henderson and by Sir Antony Parsons who led the UK Mission to the UN. The latter reported: 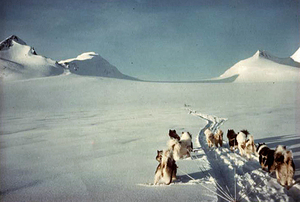 'Mr Cheek’s performance …. could not have been better; quiet, lucid, convincing. He did not put a foot wrong. The coverage …. was widespread and favourable. The mumbo-jumbo of his interlocuters in the UN on self-determination and the use of force was all too clear.'

Those who worked with him in London valued his dedicated contribution but recognised that the work they all did then was little understood or appreciated at home.

The experience gained in the difficult weeks following the invasion gave him confidence to go on a dozen occasions to the UN Fourth Committee and the Committee of 24 and to represent the Falklands in many other meetings and conferences. These occasions were sometimes humorous as Argentina’s representatives and their cronies attempted to justify, in very convoluted arguments, what was obviously an attempt to subjugate Islanders against their clearly expressed wishes and to ignore the right to self-determination. He so enjoyed the verbal fencing involved that he carried in his wallet for the rest of his life a column from Private Eye in which he was described as one of the few Islanders ‘coherent enough to get to the end of a sentence’ who had run rings around his opponents in the debate. 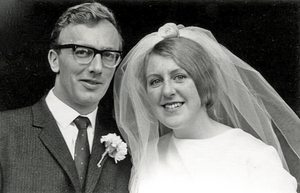 Jan and John Cheek on their wedding...

As the Islands recovered from the damage and chaos of war Cheek was determined that education should be a priority. He wanted all Falklands Islanders to have opportunities to gain skills and professional qualifications. Many beneficiaries of that policy now have important roles in the Islands’ industries and government. Several have said that his memorial is the contribution to the Islands by those students who return well qualified to give something back to the Islands.

He resigned from the Assembly on principle when it was proposed to expend still scarce resources to pay agricultural grants to absentee owned farms when many owners had not reinvested profits in the Falklands for decades. When re-elected he was doubly busy as he and friend and colleague Stuart WALLACE (b.1954) had left their safe jobs some time before and started the first wholly locally owned fishing company, Fortuna Ltd. They took that risk when the fishing zone was created, and it was apparent that the Falkland Islands’ economy would only benefit from licence fees and not the profitability of the industry as a whole. They travelled widely to learn all they could and form partnerships. By investing first in fishing campaigns, retaining profits to reinvest later in shares in fishing vessels, they overcame many hurdles to create a very successful business. They achieved their aim to create a real Falklands Islands fishing industry. Others followed and soon company tax and other fisheries related income helped the economy expand and the Islands develop. 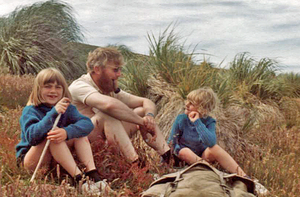 Later a round of oil licensing was about to commence and Cheek took the chair of the Falkland Island Government (FIG) committee overseeing the process. He worked to get an agreement for a joint co-operation area which was intended to involve Argentina in a border area in the hope that they would not hinder the first serious exploration round.

When in good health Cheek enjoyed the outdoor lifestyle, gardening, fishing and observing wildlife. He was a fiercely competitive badminton player and off-road driver; a former colleague described his driving as that of ‘a well-trained maniac’. In contrast his tamer pursuits included ballroom dancing, bridge and reading history. 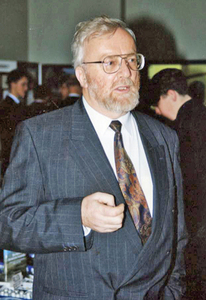 Those who did not know him may have mistaken his natural diffidence for arrogance, however those who worked closely with him knew otherwise. Former Chief Executive David Taylor wrote:

His integrity was absolute, both moral and intellectual, and he brought to many situations a rounded, careful, thought-out view. Like all wise men he had to suffer a lot of fools and was, I suspect, not always understood by lesser men.

He was a great family man, and his daughters were the source of endless pride for him. Happily, he lived just long enough to see both graduate and begin their chosen careers.

Belatedly diagnosed in 1990 with cancer, he endured rounds of radiotherapy and chemotherapy with his usual wry humour and so courageously that many were unaware of the seriousness of his illness.

John Cheek worked until just days before his death on 3 September 1996. His gravestone in Stanley cemetery reads:

‘A man of vision and courage remembered with love’

1.From the Times 7 September 1996: ‘The Islanders sent [Cheek] a dozen times as their spokesman to the United Nations to argue their right to self-determination and to counter Argentina’s claim of sovereignty. Over the years he more than held his own in protracted debate against powerful – and frequently supercilious Argentine delegations, often headed by their Foreign Minister and frequently out-numbering the Falklander’s two-member delegation by twenty to one. Whether on the diplomatic stage or his working life, John Cheek exemplified the rugged, down to earth qualities of the typical Falkland Islander.’

2.From the Independent 9 September 1996: ‘John Cheek was not just a man of words. He was a man of action – a pragmatist in politics and business. He became one of the new breed of local entrepreneurs and businessmen, pioneering Falklands participation in the fishing industry, the basis of the island’s new-found prosperity.’

3. John Cheek's grandfather - Frederick CHEEK , his father Frederick John CHEEK and his mother and father-in Law - Basil and Betty BIGGS - all appear in this Dictionary.

In 1989  members of the Legislative Council discussed  resignation. See: LegCo minutes of 1989. The members discuss their resignations in the minutes of the meetings held 12 and 16 June 1989 http://www.nationalarchives.gov.fk/jdownloads/Legislative%20Council%20Minutes/1989.pdf