sheep farmer, was born in London on 26 October 1900, the third son of William Keith CAMERON and Ellen Maria, née Eddols. He was educated at Cheam School, Dartmouth Naval College and Eton.

His father wanted him to take over the management of Port San Carlos and he spent his first season there in 1922/23, accompanied by his elder brother, Donald. At the beginning of the following season, they crossed to Patagonia to visit Lochiel, the estancia in Santa Cruz province established by their father in partnership with the GREENSHIELDS family. In order to gain experience, NKC then worked as a cadet at Los Yngleses, the Gibson family estancia in Buenos Aires province and also spent time in New Zealand. In 1929 he returned to the Falklands to take over the management of the farm. 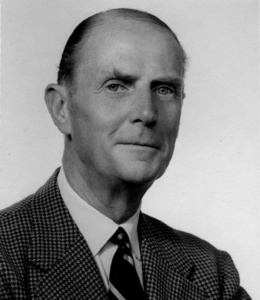 One of his first actions on his return was to change the name by which the farm was known, to try and end the confusion between the BONNER farm, which was known as San Carlos and the Cameron farm which was known as San Carlos North. He wrote to government requesting that in future San Carlos North should be known as Port San Carlos. Although this helped somewhat, confusion continued to arise and the two farms were more colloquially referred to by the initials of their founders, J.B. and K.C., or simply spoken of as 'Bonner's' and 'Cameron's'.

One of the challenges NKC had to deal with during his first years in farming was the economic depression of the early 1930s, which badly affected the wool market. Government instituted a loan scheme to assist farmers and Port San Carlos submitted an application. In his report DS Weir, the agricultural adviser, wrote: 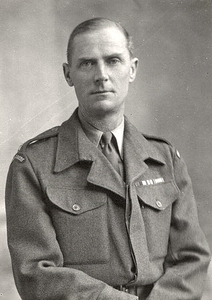 I am of the opinion that a loan...would be a good investment for the Government....Mr.Cameron, who is an excellent manager permanently residing on the property, would thus be enabled to carry out a general scheme of improvement.....Port San Carlos might well become a demonstration area for the rest of the Colony, in matters pertaining to sheep farming generally, as Mr.Cameron is a young man of wide experience and progressive ideas.

While devoting most of the 1930s to building up the farm, NKC was also involved in community affairs. In 1935 he was made a JP and appointed to LegCo for a term of five years, renewed in 1940 for a further five. He served as chairman of the Stanley Sports Association and was awarded the King's Silver Medal at the time of the Coronation in 1937. He also had the honour, of being, on 26 November 1934, as the Penguin reported on 29 November 1934, 'the first civilian passenger by air in the Falklands', travelling from Stanley to San Carlos in one of the two seaplanes attached to HMS Exeter. 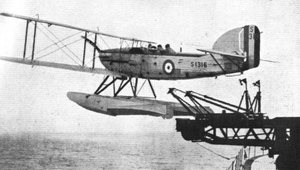 In World War II, leaving Port San Carlos in the capable hands of Chris ANDREASEN, NKC returned to Britain during the mid (southern) winter of 1940 and joined the Coldstream Guards. He saw active service in Italy, was mentioned in despatches and rose to the rank of major, becoming adjutant of the 3rd battalion. In 1945 he married Rose Anne Henniker Heaton, eldest daughter of Sir Herbert HENNIKER HEATON and in 1946 they returned to the Falklands, where NKC once again took up the management of the farm. In 1949 he was appointed to ExCo and served for three successive five-year terms. He was awarded an OBE in 1953 and a CBE in 1963. He and his wife had four children, Jane (b1950) Alastair (b1951) Donald (b1953) and Susan (Sukey) (b1956).

Partly due to the Korean War, the 1950s saw a boom in wool prices, which enabled farmers in the Falklands to substantially invest in their land for the first time in many years. NKC was keenly interested in subjects such as grasslands improvement and sheep breeding and greatly enjoyed discussions with visiting specialists. He also believed that the future development of the Falklands would be dependent on a programme of road building and that without good communications no real progress would be possible in the long term. 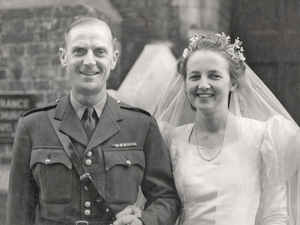 Norman and Anne Cameron's wedding in...

In many ways NKC was ill-suited to the life of a Falklands sheep-farmer. He was a gentle, sociable man, who loved history and the classics of English literature and would have enjoyed an academic career. He always carried a book in his pocket on long rides and was particularly devoted to the works of Anthony Trollope and James Boswell.

His other principal interest in life was fly-fishing and taking a house near a good trout or salmon river was a priority when on leave in Britain, preferably in Scotland, a country for which he had a great fondness. In the years after World War II he introduced brown trout into the San Carlos River and was delighted by their gradual metamorphosis into huge sea trout. 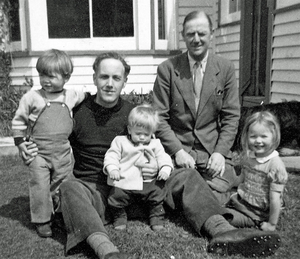 In 1965 NKC retired as manager of Port San Carlos and returned to Britain, eventually settling with his wife in her birthplace, Ireland, where he died on 2 January 1971. His old friend, Arthur Grenfell BARTON paid tribute to him on Falkland Islands radio:

He was a wonderful conversationalist and correspondent, with an infectious sense of humour. Though not a Kelper by birth, he was a true Kelper in every other respect and supported the Islands' cause magnificently in 1968 when the sovereignty issue became critical. Some of those who spent a lifetime at Port San Carlos have already passed on, but there are still many employees, past and present, who valued him highly as a Boss. This sentiment was well-expressed in one of the many telegrams of sympathy sent to his widow and family: "The flag is at half-mast for a man who held the respect and affection of all at Port San Carlos". Never were truer words spoken. 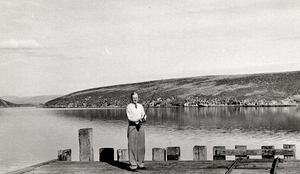 After NKC's death, his wife Anne took his place as managing director of the family company that owned Port San Carlos. She continued in this role, with regular visits to the Islands, for almost twenty years, until in 1989 the farm was sold to government for subdivision.

See: For a description of the flight in HMS Exeter's seaplane on 29 November 1934 (extract from The Penguin)