He became a tanner by trade and was engaged by Samuel LAFONE to go to the Falklands to supervise and hopefully improve the curing of cattle hides for export. At that time hides were the main export from the Colony, but due to poor preparation they were rotting during the voyage to the market in Britain and being condemned on arrival. Bonner arrived in the colony in 1850 and presumably achieved the purpose for which he was engaged as he continued in the Falkland Islands Company's employ and after three seasons at Darwin, or possibly Saladero, was appointed camp manager in 1854. He was to hold this position until he took up land on his own account at Port Sussex in 1861. He returned to Darwin after the then manager, William RUDD, was murdered in the San Carlos river below Mt Usborne in 1864, to administer the Company's affairs for another two seasons, resigning finally in 1866. 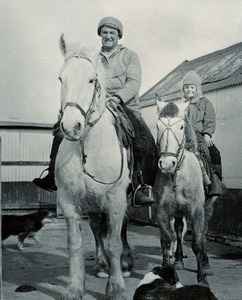 In 1861 he had obtained a licence to kill 'wild bulls' over all land to the west of the San Carlos river and north of the Bodie Peak range of hills, comprising the sections Port Sussex, Bodie Peak, Campito and possibly Campo Verde. John Bonner was one of the five original licencees permitted to kill wild cattle. The others were Antonina ROXA, the Falkland Islands Company, Andrez PITALUGA, and Captain PACKE.

In 1868 he obtained a further licence to kill cattle over Third Corral section which covers the total area of what was to become the San Carlos land holding. A settlement was established at Port Sussex around where the existing house now stands and the farm was run from there until it was moved to the present location on San Carlos Water in the 1880s. When the land at Third Corral was acquired and the sheep flocks became established, a dip and a dwelling were erected and the sheep dipping was carried out there for several years before the settlement moved. 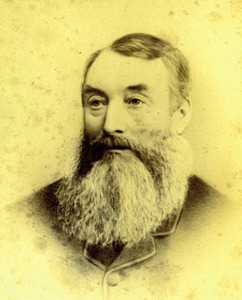 John Bonner was a strong and intelligent man. According to family records he quickly adapted to colonial life, learning to ride and lasso cattle as well as any gaucho. He also must have acquired a working knowledge of Spanish which was very necessary in those days to deal with the gauchos who were the principal work force until the wild cattle were eliminated. 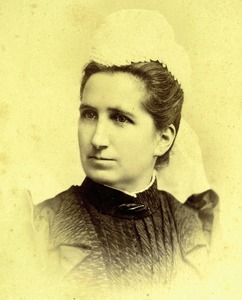 In 1884 John Bonner moved his family to England and settled in Birkdale, a suburb of Southport (Lancs) in order to educate his considerable family. His brother Sam was left in charge of San Carlos but John Bonner made frequent trips back for the seasons. About 1887 his eldest son, Harry, went back with his father to the Islands and was being trained up to take over the management. Sadly in April 1891 Harry contracted pneumonia and died, some weeks before his father who died in May. So George Bonner took over the management of San Carlos.

No records exist of John Bonner playing any part in the government or administrative side of life in the colony at that time. No doubt as camp manager for the FIC and one of the first landowners his opinions may have been sought from time to time.

He was deeply religious, having connections with the Rev Carey Bonner, a well-known Victorian Baptist preacher, and was a devoted family man. He had prospered through his own endeavours, and his sudden death in 1891 came as a great shock to his young family, most of whom were still at school. San Carlos is still referred to as 'JB' after John Bonner (and in distinction to Port San Carlos, known as 'KC' after William Keith CAMERON).