French admiral and explorer, was born into a noble family at Condé-sur-Noireau in Normandy on 23 May 1790 during the violence of the French Revolution. As a young sea officer, denied his wish to embark in FREYCINET's Uranie, he interested himself in the natural history and archaeology of the Mediterranean and Black Sea in the Chevrette and was instrumental in the acquisition of a newly unearthed Greek statue, the Venus de Milo, now in the Louvre in Paris. In May 1821 he was made a Chevalier of the Légion d'Honneur and in the August of that year, he was promoted lieutenant de vaisseau after nine years' service as enseigne. With another young lieutenant, JI DUPERREY, recently returned to Paris from Freycinet's voyage in the ill-fated Uranie, he proposed a voyage of discovery and circumnavigation. Command of the Coquille was given to Duperrey, with Dumont d'Urville as first lieutenant. He published, at his own expense, a botanical work entitled Enumeratio Plantarum while supervising the preparations for the expedition's departure. 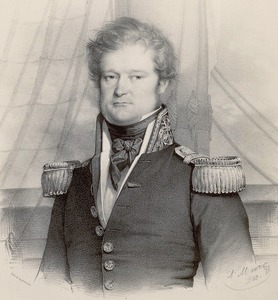 The Coquille left Toulon on 11 August 1822 and did not return there for thirty-two months, when her captain and officers received much praise from the Institut de France. Although his dreams of taking part in such a voyage of scientific and geographical exploration had been realised, Dumont d'Urville regretted that Duperrey, rather than he, was in command. Nevertheless despite a myriad of exacting duties aboard ship, he spent his leisure in classifying the plants he had collected and in writing up his observations, not only in his particular spheres of botany and entomology, but also on other phenomena, such as phosphorescence.

On arrival in the Falklands, where she stayed from 13 November to 18 December, the Coquille anchored in the Baie Française {Berkeley Sound} from which Dumont d'Urville made botanical excursions, one with the naturalist LESSON, the second a year later. He published a first flora of the Iles Malouines (Falkland Islands): of the Islands' total of 163 species, the botanist of the Uranie, Gaudichaud, had collected 64 and Dumont d'Urville 93. The collections made during the rest of the voyage, in Tahiti, the Carolines, New Holland {Australia} and elsewhere were deposited in the Muséum d'Histoire Naturelle in Paris and received special mention in a report by members of the French Academy of Sciences. On the expedition's return on 24 March 1825, the French government ordered that the results should be published on a splendid scale, which indeed they were. 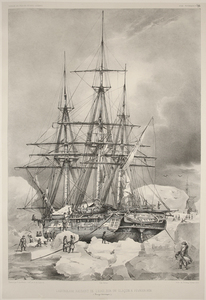 Dumont d'Urville was promoted on 12 November 1824 to the rank of capitaine de frégate, some consolation for the death of his little son during absences at sea. A year later, his proposal for another scientific and geographical voyage was approved, to proceed in the Coquille, which was renamed Astrolabe. She departed from Toulon on 25 April 1826, making her way eventually via Australia and New Zealand to the coral reef at Vanikoro (Santa Cruz Islands in the Solomons), where the wreck in 1788 of La Pérouse's Astrolabe was located and a monument erected. Dumont d'Urville's Astrolabe returned to France via the Cape on 25 March 1828 at the end of an often perilous scientific and hydrographic survey of the Pacific, lasting for twenty-three months, to an unappreciative reception from the government of Charles X. This French monarch was deposed in 1830 and Dumont d'Urville was given the responsibility for taking him and his family by sea to England, flying the French tricolour there for the first time for many years. The splendidly produced expedition narrative and results, Voyage de la corvette l'Astrolabe ... 1826 ... 1829 (Paris, 1830-35), for which Dumont d'Urville was largely responsible, served to draw public attention to the Pacific and its peoples.

Despite attacks of gout and semi-retirement, Dumont d'Urville was given command of a third exploring voyage. In the Astrolabe and with the Zélée (Captain C-H Jacquinot), he departed from Toulon on 7 September 1837. The main object of this expedition was Pacific anthropology, Dumont d'Urville's great enthusiasm, but the ships also reached the South Orkney Islands, the South Shetlands, Orléans Channel and Joinville Island in the Antarctic. They returned in November 1840. Dumont d'Urville was promoted rear-admiral a year later and also elected president of the Paris Geographical Society. The results of this voyage, which included the discovery of Adélie Land on the continental coast of Antarctica, named after his wife Adèle (a watchmaker's daughter), were also published on a splendid scale. During neither of his two commands did he visit the Falklands again. 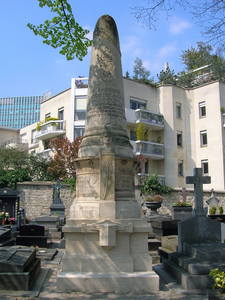 Having survived all the perils and dangers of a life at sea, often sailing in uncharted waters, his end, and that of his wife and second son, came in a railway accident on 8 May 1842, to the horror and dismay of the scientific and maritime world. In the tenth volume of the expedition narrative was published a short but appreciative biography of Dumont d'Urville. In this is quoted a sentence by one of his biographers about his life's work, 'Il interrogeait à la fois la nature morte et la nature vivante, faisait de l'histoire avec des ruines, de la science avec des fleurs, et de l'étude avec toute chose'. (He examined both still life and living nature, he created history out of ruins, science out of flowers and study out of everything.) (Voyage au Pôle sud, 1847). The giant kelp, Durvilbea, was named after him.