naval officer and colonist, was born on 6 November 1790 at Montacute vicarage in Somerset, the fifth son of the Rev William Langdon.

At 13, Langdon approached the retired Admiral Hood and with his recommendation joined the Weymouth as a first-class volunteer in April 1804. He sailed with her to Madras and saw much action in several ships. When only 17 he was sent to Plymouth in command of a French prize. In 1811 he joined Ringdove in the West Indies as acting (later confirmed) lieutenant. He was invalided from 1812 to 1814. 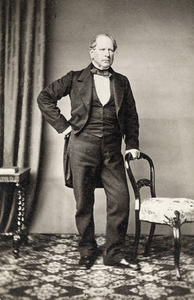 Seeing no prospect of speedy promotion after the Peace of Paris in 1814, he retired and bought a merchant ship, Lusitania 245 tons, taking her in 1821 on a trading voyage to Sydney and Hobart Town in Australia.

He made several later voyages to Australia in 1823 and 1825, exchanging the Lusitania for the Hugh Crawford. He later acquired the Wanstead and then the Hugh Laurie. Langdon acquired an estate of 1500 acres in Van Diemen's Land {Tasmania} in 1823 and on several occasions brought his wife Anne (née Elliott from Somerset) and daughter Anne out with him - they gave a ball aboard Hugh Laurie in 1827. 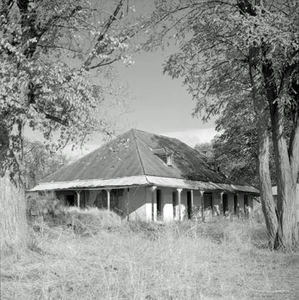 On return voyages from Hobart his ships twice called at Louis VERNET's settlement at Port Louis in the Falklands: the Hugh Crawford arrived on 22 May 1827 and sailed on 25 May; the Thomas Laurie arrived on 25 October 1831 and sailed on 1 November.

On the second occasion, Langdon and his family were entertained by Vernet and on 29 October Vernet formally granted Langdon possession of ten square miles of East Falkland. On his return to England, Langdon urged the British government to recover control of the Falkland Islands, without displacing Vernet. 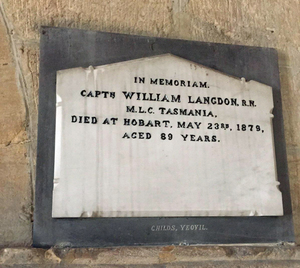 In December 1833 Langdon wrote from London to say that he was returning to Van Diemen's Land and asking Vernet to agree that his grant should be assigned to a London merchant GT WHITINGTON. On 31 May 1834, Vernet wrote back agreeing and Whitington went on to lobby the British government to settle the Islands, and in 1841 to despatch his brother JB WHITINGTON to colonise the land bought from Langdon. In the event the British Government never recognised Vernet's right to sell land to Langdon/Whitington and JB Whitington had to buy his land afresh.

Langdon returned to Tasmania from 1834 to 1838, settling on his estate which he called Montacute and introducing blackbirds, thrushes, goldfinches, pheasants and partridges to the colony.

He went back to England from 1838 to 1846, during which time his wife died and he was married again, to a second Somerset lady, also called Anne (née Chaffey). Reaching Tasmania in May 1846, he remained there for the rest of his life with only two brief visits to England. He was appointed to Legislative Council in 1853 and, after the introduction of representative government, was elected to Council from 1859 to 1872. A devoted supporter of the Church of England, he built a church on his own property.

He was the first Englishman to own property in the Falklands, even though he never settled it. He claimed that his lobbying had helped to persuade the British government to reoccupy the Islands in the early 1830s. A sketch by him of Port Louis decorates a map of the Falkland Islands, surveyed by Capt Robert FITZROY and printed by John Arrowsmith in London in August 1841.