American naval officer, was born in Norfolk, Virginia on 1 April 1801. Appointed a midshipman in the US Navy on 26 January 1819, Lynch was first assigned to the frigate Congress, then served in the schooner Shark, on the West African coast, followed by service in Commodore David Porter's 'Mosquito Squadron' and its anti-piracy campaign in the West Indies in 1827-29. Promoted to lieutenant in 1828, he was placed on inactive service for a number of years, then briefly held his first command in 1839. Returning to active service again, he was at the capture of Vera Cruz during the War with Mexico in 1847. 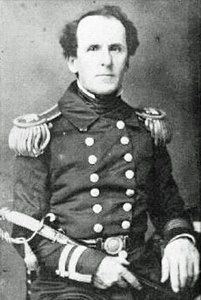 Lynch applied for permission to promote the cause of scientific and Christian truth by circumnavigating and exploring the Dead Sea. Intrigued by the idea, which complemented other scientific work in progress, Secretary of the Navy John Y Mason ordered Lynch to take the store ship USS Supply to the Mediterranean during 1847-8. Lynch then proceeded overland with two metal lifeboats which were launched on the Sea of Galilee, went down the River Jordan, and circumnavigated the Dead Sea. On his return in 1849, Lynch was promoted to commander and published his first book, a popular account of his adventures, Narrative of the U.S. Expedition to the River Jordan and the Dead Sea which had seven American and two British editions. He also published a partly autobiographical book in 1851, Naval Life; or Observations Afloat and on Shore, which revealed his deep religious convictions. This was followed by The Official Report of the U.S. Expedition, published by the US Naval Observatory in 1852.

In 1853, the Secretary of the Navy ordered Lynch to undertake an expedition to the west coat of Africa but illness obliged him to return to the United States. In November 1853, he was appointed to command the sloop of war Germantown of 1000 tons with 16 long heavy 32 pdr guns, and 6 larger 64 pdr. He arrived on the Brazil Station for duty under Commodore WD Salter in January 1854. At Montevideo, Salter dispatched Germantown to the Falkland Islands on 18 February, following reports that the ship Hudson, Captain Hiram CLIFT , and her consort, the whaling schooner Washington, William Eldridge, both of Mystic, Connecticut, were poaching. Arriving off Stanley on 2 March, Lynch first encountered the Washington entering harbour with a lieutenant and men on board from HM Brig Express, Commander Henry BOYS, bringing the masters of the American vessels in for trial. Outraged at what he took to be an illegal seizure, Lynch immediately protested only to learn directly from Governor George RENNIE and subsequently from US Secretary of State WS Marcy that the State Department had issued a notice to American mariners that they would be liable to punishment by the Falkland Islands' civil authorities for committing depredations on the coast of the Islands. However, Lynch's immediate reaction was to accuse Commander Boys of 'an audacious seizure', 'a quasi-act of war', and 'a violation of the territory of the United States'. Lynch investigated the events closely, displaying his guns within range of both the shore battery and Express and exchanging an acrid correspondence over legal points with both Governor Rennie and Commander Boys. Coming to believe that the Falklands government was attempting to break up the American seal and whale fisheries in the South Atlantic, Lynch declared: 'The U States, ample in their domain, prefer no claim to these inhospitable rocks & bogs; but their government will, if I mistake not, maintain the unrestricted rights of its citizens to use the uninhabited islands of this group for the purposes of fishery, & refreshment of their vessels, and to navigate the bays, & straits & circumjacent seas'. On 7 March, Captain Clift appeared in court, confessed, and took responsibility on behalf of both vessels for unlawfully killing 22 wild pigs. The chief justice fined him the minimum £1 per animal and £5/16s court costs, upon payment of which the vessels and men were released and quickly sailed for home. Two weeks later, Lynch terminated his correspondence abruptly and sailed on 20 March for Montevideo, where he published his view of the events in the newspaper Comercio del Plata of 4 April 1854, to counter the British interpretation. In support of Lynch, the United States formally lodged an objection to the seizure and demanded reparations of $39,000 for the owners for their claimed commercial losses due to the detention. 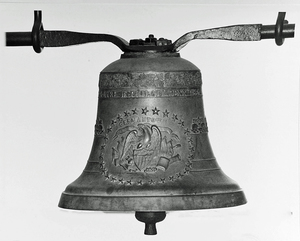 In August 1854, Lynch returned to Stanley to inquire into the case of an American, Captain Bernsee, who was being prosecuted for selling the wreck of his barque, Courier, without permission. He only stayed two days.

Lynch remained in Germantown until February 1857, protecting American property during civil unrest in the area around Montevideo, twice landing his contingent of Marines in 1855. Promoted to captain, he published a lecture, Commerce and the Holy Land (1860), in which he argued that the preferred route to Asia laid through the Mediterranean not the Pacific.

In April 1861 at the outbreak of the American Civil War, he resigned his commission in the US Navy to serve his home state as a captain in the Virginia Navy and was soon commissioned a captain in the Confederate States Navy. During the war he commanded the naval batteries at Aquia Creek, Virginia, in 1861, then commanded the naval defences in the waters of Virginia and North Carolina, participated in the defence of Roanoke Island in February 1862, before commanding, as commodore, the Mississippi River defences at Vicksburg in March to October 1862. He returned to command the North Carolina naval defences in 1862-64. In 1865, he was captured by Federal forces and paroled. Six months after the end of the war, he died at Baltimore, Maryland, on 17 October 1865.

In 1965, the US Navy named the oceanographic research vessel USS Lynch (AGOR-7) in recognition of Lynch's contributions to naval exploration.