campaigner, was born in Stanley on 28 February 1930, daughter of Axel Pettersson, son of a shipwrecked Swedish seaman and Beatrice Petterson, née Reive.

A bright pupil in the Falklands, she won a scholarship to the British School in Montevideo. As a child she rode long distances cross-country on horseback. Her love of horses never left her and she later owned a racehorse. 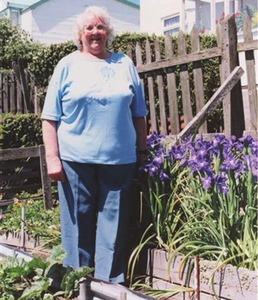 She began work in the Government Secretariat and served on the newly-formed Civil Servants' Association. As a pillar of social and sporting life, she ran the Girls Life Brigade as its Captain, and, with her husband, the Scottish and country dancing club. She was a badminton player, champion rifle shot and bridge player. She turned down an invitation from Governor PARKER to be the first woman member of ExCo.

Her family owned the Stanley Arms pub and later the Rose Hotel in Stanley, which Velma Malcolm ran for many years.

Her parents looked after several wounded from HMS Exeter after the 1939 Battle of the River Plate. They were among many people to whom she and her family gave hospitality, including British servicemen and members of the British Antarctic Survey. Many became her life-long friends. 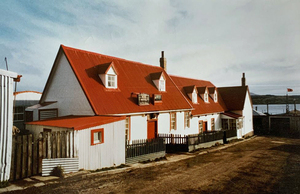 In 1956, she married George Malcolm, a farm worker who came from Scotland. Their daughter, Ailsa (b1958), and her husband, Tony Heathman, gave crucial help to the 1982 Task Force from their farm Estancia. George Malcolm died in 1996. 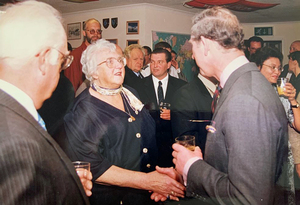 She ceaselessly monitored and energetically countered Foreign Office attempts to accommodate Argentina's sovereignty claim, in liaison with Hunter CHRISTIE and the Association's other leaders in London. With a prodigious memory and meticulous records, she forcefully unleashed her arguments upon a succession of chastened Foreign Office ministers who dared suggest any surrender of sovereignty.

Velma was a prime target for Argentine harassment during the 1982 invasion, one of a number of Islanders rounded up at gunpoint and placed under house arrest. Knowing Spanish, she heard one Argentine say: 'I'd like to shoot them all'. She and her husband were confined in crowded conditions in Fox Bay for more than 50 days. 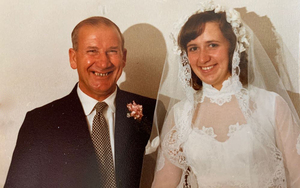 George Malcolm and his daughter Ailsa...

She dictated a fascinating account of her life in a privately printed book entitled As Ignorant as Sheep which was how she felt the Foreign Office and the outside world viewed the Islanders.

Velma's life proved otherwise, as a shrewd Falklands patriot and courageous fighter for self-determination. Her tough, uncompromising antipathy to Argentina masked a generous-hearted woman with a gift for friendship. Her integrity won her much respect.

Velma was awarded the British Empire Medal (BEM) for services to the community in 1978.

She died on 2 August 2004, in hospital in Santiago, Chile, after an operation.

In his eulogy at her funeral Councillor Michael Summers said of her:

Velma Malcolm was a big lady. Not only was she a physically imposing person, but politically, socially and in sporting life, she was one of the most active people of her generation, and a strong leader of the community.