rector, was born in the West Yorkshire village of Fitzwilliam on 23 August 1930. As a young man he was for three years seriously ill from tuberculosis and almost died. He took his ordination course at Southwark and was ordained in Sheffield Cathedral in 1967. He was a curate for five years at Goole and Doncaster, where he was given his first parish, St Hugh, in the new housing area of Cantley. He married Iris; they had two sons. 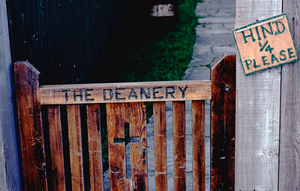 The gate of the Deanery in Stanley -...

Bagnall had previously served in the police and army and for several years in the meat trade, so he responded to a Church Times advertisement 'looking for an exceptional, adventurous, married man...physically fit, able to drive and de-bog a Land Rover, butcher own beef and mutton, keep vegetable garden ducks and hens, dig, dry and burn peat'. He arrived in Stanley in 1978, when it was still a comfortable backwater.

With the Invasion of 1982, Bagnall, a quiet-spoken, self-effacing, mild-mannered Yorkshireman, was able to demonstrate his strength of character, his courage and compassion. He and his wife chose to stay in Stanley to comfort the sick and elderly and give reassurance in the dangerous events that swirled around them. With his Roman Catholic colleague, Monsignor Daniel SPRAGGON, he took on the task of representing the Islanders and raising their grievances with the Argentine occupying forces. Bagnall challenged the Argentine military command on several issues, opposing a proposed visit by Bishop Richard CUTTS of Buenos Aires and insisting that British ensigns hanging in his cathedral be left untouched. His crowded congregations continued to sing the National Anthem. 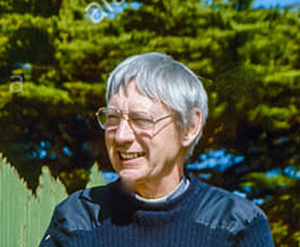 After Liberation, Bagnall was awarded an OBE for what Governor Sir Rex HUNT, called his 'sterling service and selfless bravery'. He wrote a book called Faith under Fire in which he described his Falklands experience as fulfilment of a lifelong desire to serve God abroad. His faith had never been put to such practical use; he became less methodical and fussy and more sensitive to real needs. 'This became so exciting', he said, 'that I would leave my house in the morning, throw my hands in the air, and say "Well Lord, what are we going to do today?"'

On leaving the Falkland Islands in 1986, he returned to his native Yorkshire and served for nine years as Vicar of Hook with Airmyn, near Goole, before retirement. He fought his last battle, against stomach cancer, with characteristic fortitude and good humour and died in Doncaster on 18 January 1998.