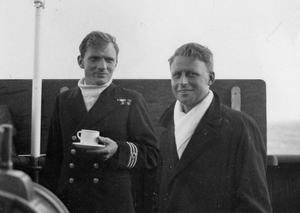 He entered the Royal Navy as a midshipman, and later transferred to the merchant navy. He became a master mariner, with an impressive war record, having been torpedoed twice in the South Atlantic. He switched to farming in Wales and in 1957 moved to the Falkland Islands, on Pebble Island, and from 1968 at San Carlos, where he had first trained in the 1950s.

He was trusted implicitly by the Islanders as a member of the LegCo, where he served from 1959 for more than 20 years. He was awarded an OBE in 1979 and was for several years a vice-president of the Falkland Islands Association, which campaigned for self-determination. 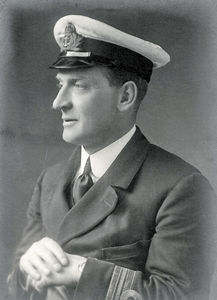 He became a government employee as agricultural officer and in 1979, he was involved in radical reform of Falklands farming following Lord SHACKLETON's first report, which recommended the subdivision of large farms, previously owned by the Falkland Islands Company or others not living in the Islands, to be sold to Islanders. It was appropriate that the remaining part of his grandfather's enterprise, Roy Cove, was sold for subdivision.

He was never happier than on horseback tending his vast flock of sheep. But he was always ready to sally forth from his remote farmstead to challenge Argentina in the more formal surroundings of the UN Building in New York and elsewhere. As an outspoken opponent of Argentina's sovereignty claim to the Islands, he was chosen by councillors to represent the Islands in the crucial but abortive talks with the Argentines in April 1980. 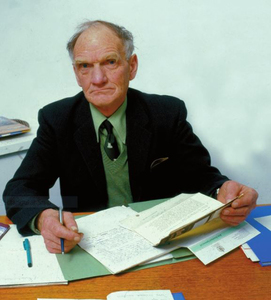 A formidable debater, he led the challenge to proposals by the Foreign Office Minister, Nicholas RIDLEY, to solve the impasse, outlined during the Minister's ill-tempered 1980 visit to Stanley. Monk outlined Islanders' views in what the Governor, Sir Rex HUNT, called a 'Churchillian' broadcast on Falklands radio on 2 January 1981. LegCo agreed to United Kingdom-Argentina talks seeking a 'freeze' of the dispute for a specific period. Only Adrian Monk voted against.

With Stewart WALLACE, he represented the Islands at the Anglo-Argentine talks in February 1981.

After the Conflict, he was chosen by his fellow Islanders as first holder of the important post of Falkland Islands Government representative in the United Kingdom.

He instituted the London Office (FIGO) in 1983, and ran it for two arduous years until his retirement in 1984.

His long experience enabled him to articulate the spirit, attitudes and wishes of the Islanders. His craggy weather-tanned face disguised a man of sharp intelligence and legislative experience. 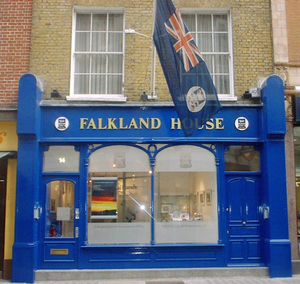