forestry officer, was born on 10 July 1893 at Markinch in Fife, Scotland.

His father was a forester on the Balbirnie Estate, and Reid began work as an apprentice forester in September 1908. After five years experience he went on to the Royal Botanic Gardens in Edinburgh (RBG) on 4 August 1913 to further his education and to attain academic qualifications. Reid did well in all aspects of forestry; his academic record shows that he acquired a wide range of knowledge and experience during his time at the RBG. 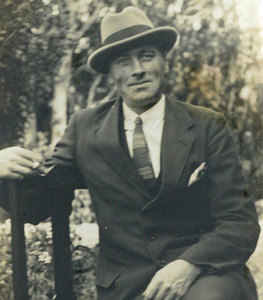 On 17 March 1920 ST JOHNSTON, the colonial secretary at Stanley, wrote to the secretary of state asking for the help of the Royal Botanic Garden at Kew in the appointment of a suitably qualified forester. Kew consulted a leading exert, William Dallimore, who advised that James Reid should be appointed as forest officer.

Reid was eventually appointed by Governor MIDDLETON, and served in the Falkland Islands from 1920 until 1926.

Reid's first task was to help Robert BLAKE extend the Hill Cove plantation. He also planted trees on Mount Low and at Sparrow Cove (where extensive drainage was required) and established a plantation at Government House. Seed beds and a tree nursery were also established in the garden of Sulivan House in Stanley. Reid brought cuttings (848 in total) from Kew and seedlings (18,000 in total) from Chester of both coniferous and broad-leaved tree species. New Zealand flax was also sent from Kew and in September 1923 young trees were supplied from South America - 200 plants of Southern Beech (Nothafagus antarctica) and 200 plants of Southern Beech (Nothafagus obliqua). 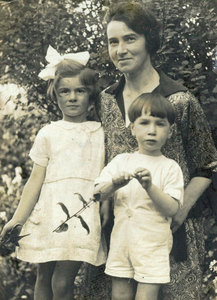 Reid found that some farmers were helpful and willing to give good ground for tree planting; others however were very 'reluctant to part with precious feeding ground.' His difficulties with imported trees gradually convinced him that trees raised from seed locally would ultimately be more successful.

Overall the results of Reid's work were disappointing and as has often been the case with agricultural research in the Falkland Islands, Reid's work was subject to some criticism in LegCo.

However not all the efforts of the Blake family and James Reid were wasted and Robert Blake (senior) wrote enthusiastically to the Director of Kew in February 1927. Stocktaking of young tree plants at Government House in January 1927 revealed that there were 30,108 plants, and it was decided to dispose of them to the public. About 4,000 plants were given away. 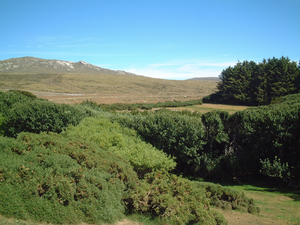 Middleton's successor, Governor HODSON, was not sympathetic to the work of the forestry officer and Reid's contract was not renewed; he returned to Scotland and took up an appointment at the Royal Botanic Garden in Edinburgh. An account of Reid's work in the Kew Gardens Bulletin in 1927 noted:

The results so far obtained, both negative and positive, are a distinct advance in the problems connected with afforestation in these Islands. It is to be hoped that the work initiated during Mr. Reid's term of office will be continued, as there is a good indication now that so many of difficulties have been appreciated that a certain measure of success will be obtained. 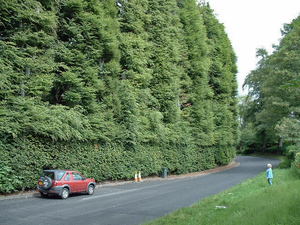 On his return from the Falklands, Reid was probably appointed as head forester at Galloway House, in South West Scotland.

In 1929 he moved to Meikleour House, Perthshire - home of the Marquis of Lansdowne - a prestigious appointment. No further details for Reid are known at present, but records show that references to him cease around 1960.