New Zealand agriculturalist, was born in Wellington, New Zealand on 10 August 1903, the elder son of Dr Harry Gibbs and Annie, née Gardner. He had a BAgr and a MAgrSc from New Zealand colleges and a PhD from the University of Minnesota, USA. His academic qualifications particularly suited him for service in the Falkland Islands because they were gained at a time when the fertility of New Zealand farming was becoming depleted and scientific research was first being applied to agriculture. Gibbs married Brucie (Bryn) Deroles in 1929. They had two sons: Bruce and Douglas (b1941 in the Falkland Islands). 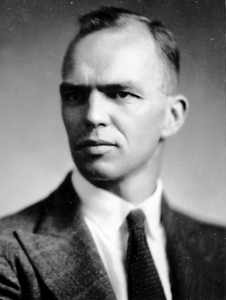 Gibbs was appointed Director of Agriculture in Stanley on 28 May 1940 at a salary of £700 per year. He was especially concerned with pasture improvement and with the need to provide fresh vegetables for the military garrison. He also developed a dairy herd in Stanley with sufficient fodder to provide fresh milk for the entire population of Stanley - both civilian and military. Gibbs was appointed a member of ExCo (he served for six years he was the comptroller of civil defence and also government employment officer.

On the completion of his tenure of office as Director of Agriculture, Gibbs wrote a substantial report on his activities during the six years he had worked in the Islands; the Preface is revealing:

When considering this report I should like the reader to recall that in 1940, when I arrived in the Colony, there was less than two acres of ploughed land within a reasonable distance of Stanley ...

I venture to think that considerable improvement in the prosperity of the Colony is possible if some of the leads which have appeared as the result of this work are followed up and applied. But they represent ideas and practices new to the Colony, and as such must meet with a deprecatory criticism, especially from an industry notorious for its conservative obstinacy. 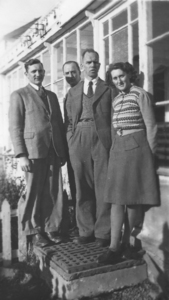 Much of the Gibbs Report outlines his efforts to respond to the government appeal made in 1942 to supply the newly arrived garrison with vegetables. The government appealed to all gardeners to grow more vegetables, potatoes and rhubarb, and it agreed to buy whatever was grown. Quantities of artificial fertiliser were purchased from Montevideo to assist with this programme.

Large areas of coastal land were fenced and planted with native tussac grass, with mixed results. Gibbs' Report details his oversight of the government dairy herd of sixty cows. Both Gibbs and Howell EVANS made monthly educational broadcasts on agricultural and horticultural subjects on the radio from 1945 onwards. Both men commended the planting of trees as shelterbelts for animals. 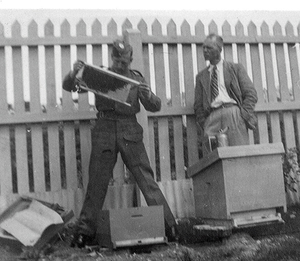 Gibbs' comments on the quality of the sheep in the Islands revealed that not much had changed since Hugh MUNRO wrote his report, although the cattle and sheep of the Islands seemed healthy enough. He wrote extensively on the importance of combining pasture sub-division with rotational grazing:

Greater benefit would accrue if sheep were grazed in larger mobs and rotated from paddock to paddock as the grazing was exhausted. Cattle should follow to eat the rank grasses left by the sheep ... Controlled over-grazing of this nature can only bring improvement to native pastures, chiefly through consolidation, removal of surplus growth, and the concentration of animal manure. 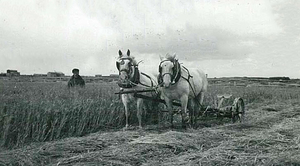 Mowing oats on Stanley Common in...

The research work of William DAVIES on grassland improvement was re-examined and applied to the Falklands Islands situation. The farming practices of Port Howard, Holmested Blake, and the Falkland Islands Company were commended. Gibbs reported that birds of prey continued to be destroyed; payment for the beaks of the Striated Caracara had been discontinued in 1931. Reduction of the Upland Goose continued, and Gibbs agreed that they were particularly troublesome and destructive on newly sown pastures. Gibbs made a number of observations about the rural economy of the Islands; they revealed his understanding of the difficulties of effecting change on the Falkland Islands.

The full version of his Report was never published, but Governor CLIFFORD printed a much-abridged version in 1947. Gibbs was an enthusiastic supporter of Governor CARDINALL; the respect was mutual; on 5 February 1948 Cardinall wrote from England to Gibbs: 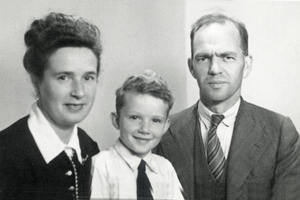 Brucie and Gordon Gibbs, with their...

Your work as Director of Agriculture in the Falkland Islands was remarkably good and I could not have found a better man. Actually its value will be appreciated more and more as the years go on. There was so much to do and of so varied a kind; and you worked it out so well and so carefully. I should have liked you to continue with me had I remained.

The Gibbs family left the Islands on 26 July 1946 on board the Fitzroy. On his return to New Zealand in 1947 Gordon Gibbs moved through Victoria University College (now Victoria University) to become associate professor in 1968. For ten years he was in charge of all Botany Department student field work. He contributed to various professional publications and was the second recipient of the New Zealand Association of Scientists' Service to Science Medal. 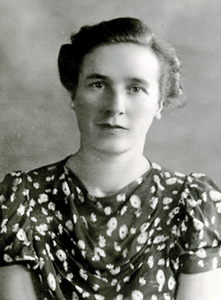 Gibbs retired in 1969. His recreational interests included music, trout fishing, gardening and horse racing. He died on 14 Oct 1978 at Wellington aged 75. His wife was tragically killed in November 1979 in the Air New Zealand crash on Mt Erebus, Antarctica.

Report of the Department of Agriculture 1937-1946 by Dr Gibbs - Appendices.pdf

Report of the Department of Agriculture 1937-1946 by Dr Gibbs - Photographs.pdf