colonial secretary, was born in St Pancras, London on 7 July 1827, one of seven children of John Robert Longden and Louisa Longden, née Culley.

He accompanied his mother, and his eldest sister Elizabeth Amelie Louisa, who was married to Colonial Surgeon Henry HAMBLIN, when the family travelled to the Islands in 1843, arriving on the brigantine Columbian Packet on 23 November. 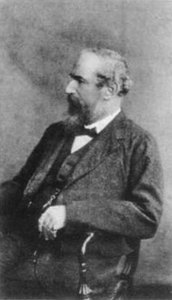 He was soon appointed by Governor MOODY to the post of government clerk and rapidly made his mark as a conscientious - if slightly officious - civil servant. He was present at the scene in Government House between Moody and Murrell ROBINSON in April 1845 and contributed a deposition to the records. Moody wrote to the Colonial Office on his own departure in 1848 proposing to combine the posts of storekeeper and accountant with that of Colonial Secretary and to put Longden in charge:

For 4 and a half years I have had the closest opportunity of judging this gentleman's capabilities. He has worked with me personally during the whole of that time and is well acquainted with every branch I have hitherto performed, together with the Instructions and schooling I have myself received in the above branches. Of his business-like habits, ready talents, steady industry and estimable character it is but my duty to speak in the very highest terms. 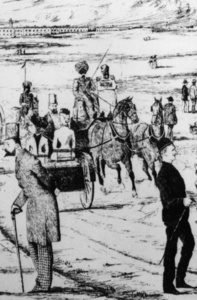 In 1851, Governor RENNIE asked that Longden's pay be increased from £200 pa to £300: minuting in the Colonial Office supported his request, but noted that it came too late for the estimates. Longden was on board the Levenside when she sank on the Billy Rock off Cape Pembroke on her return from New Island - embarrassingly the ExCo minute book, which he was writing up, was lost. In November 1859, Governor Moore forwarded a request by Longden for promotion to the secretary of state, with a warm endorsement.

In 1861 he was appointed to the highest grade of the Colonial Service as president of the Virgin Islands and became successively lieutenant governor of Dominica and British Honduras{Belize}, before becoming governor of Trinidad in 1870. He was then made governor of British Guiana {Guyana}, before being appointed governor of Ceylon {Sri Lanka} in 1876. He retired from that post in 1883. In his retirement he settled in Hertfordshire and took an interest in the affairs of the county, becoming a magistrate and an alderman. He was awarded the KCMG in 1876 and the GCMG in 1883. Longden was married in the West Indies around 1865 to Alice, who came from St Kitts. The 1891 census found him at home at Longhope near Watford with his wife and five children: Alice (aged 24), Ethel Louisa (21), Chapman (17), Horace (14) and Elizabeth (8). 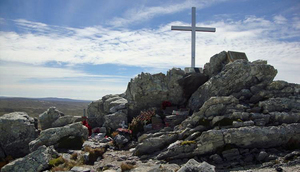 Longden died at Longhope in October 1891.

Essentially an administrator, he provided continuity and good management in Government House during the early years of the colony. Not an adventurous soul, he was nicknamed 'Wait-a-bit Jim' in Ceylon.

James Longden is remembered by Mount Longdon - the spelling somehow changed - the site of the 1982 battle.